Macrostemum araca   sp. nov. male is similar to M. braueri   and M. surinamense   males by having phallus apex with long posterolateral and acuminate prominence, but it can be distinguished from these species by the shape and number of setae on tergite IX with 20 long dorsal setae and 9 lateral setae, while M. braueri   has 7 long dorsal setae and 7 lateral setae and M. surinamense   has 15 long dorsal setae and 8 lateral setae. Additionally, the color pattern of forewing in the new species is yellow with 2 darkbrown vertical bands on the distal half, the apical ⅓ is dark brown with an elongated median hyaline spot, while in M. braueri   the forewing is mostly hyaline, each with one dark band bordering apical area and delimiting one boot-shaped hyaline area, and in M. surinamense   the forewing is dark-brown with only two small hyaline bands in apical area.

The female of Macrostemum araca   sp. nov. can be recognized by the sternum VIII divided almost completely along the midline into two oval plates and tergum IX with a row of long setae on the posterior margin dorsally.

The specific epithet is a noun in apposition that refers to the Serra do Aracá mountain range, which is the type-locality of the new species.

Female genitalia of the Neotropical Macrostemum   species have not been described or illustrated, so we cannot compare this structure with other species from the region. Some species from the Oriental Region have female genitalia illustrated and described ( Hoang et al. 2005). The oval-shaped ventral plate of sternum VIII is somewhat similar to that of M. floridum Navás, 1929   , but in M. araca   sp. nov. it is broader at the base, and the ventral and dorsal papillae are more dilated. 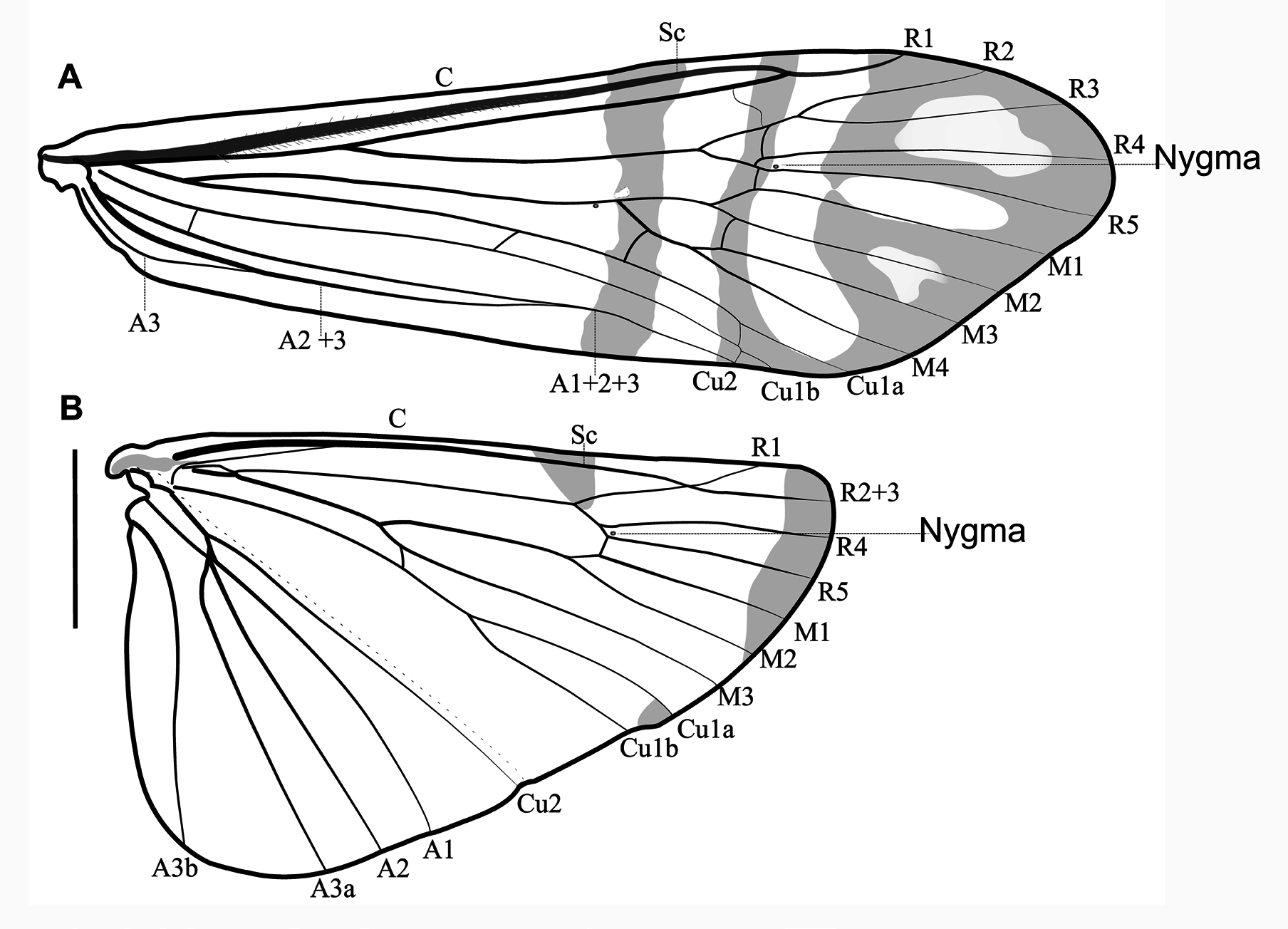