Diagnosis. This new species is somewhat similar to C. (A.) excisa ( Morton 1904)   , C. (A.) shuotsuensis ( Tsuda 1942)   , and C. (A.) globosa Yang & Morse 1988   from northeastern China ( Yang & Morse 2000) in the following character of the male genitalia: Inferior appendages each with well-developed phallic guide, but it differs from those in having the phallic guide broadly trapezoidal in caudal view (triangular in C. excisa   , C. shuotsuensis   , and C. globosa   ). On the other hand, the new species is somewhat similar to C. (A.) emeiensis Yang & Tian 1987   from central China, and C. (A.) brachyacantha Yang & Tian 1987   from southeastern China in the following character: Tergum X is slender with its distal half highly elevated in lateral view. However, it differs from those in having the basoventral lobe of each inferior appendage bearing a long, stick like black rod apically (lacking from the basovental lobe in C. emeiensis   , a very short apical spine in C. brachyacantha   ); and in the phallus has only one stout, rod-like paramere spine with the distal 1/3 twisted to the left, which is different from all of the five species above.

Etymology. Latin, aerumnula   , feminine noun in apposition, meaning a “traveler’s stick for carrying a bundle,” with reference to the stick-like apical rod of the basoventral lobe of each inferior appendage. 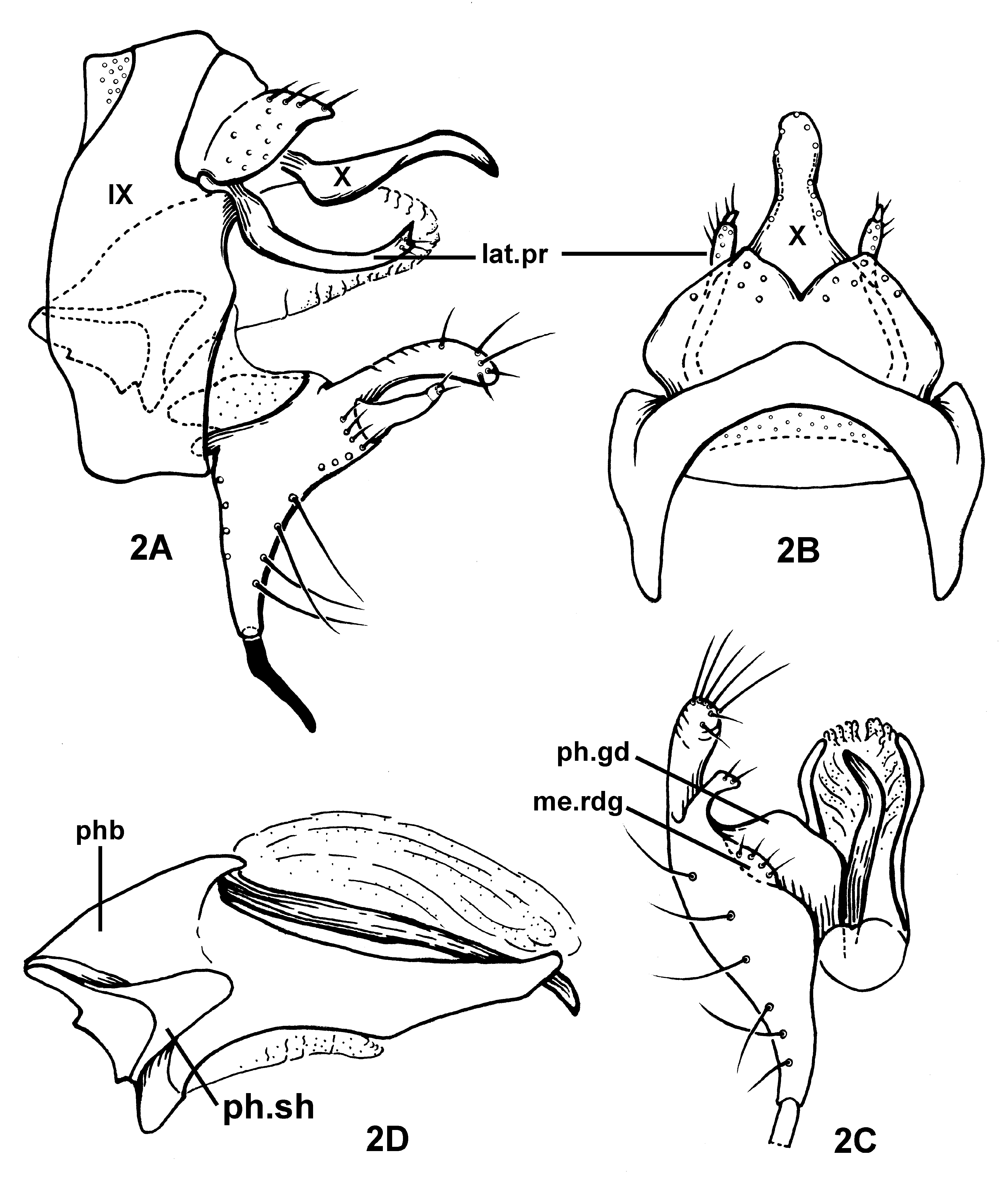