Remarks. This species is most similar to T. debbieae Plisko, 2003   in body length (50–60 mm), typhlosole (starting as V-shaped) and calciferous glands (not separated dorsally). The new species differs in the extension of the clitellum (12,13–24,25 vs. 13–23) and in thicker septa (4/5–8/9 thickened vs. 4/5–7/8 and all other septa in preclitellar segments thin). Tritogenia talana   sp. n. is clearly different from all other Tritogenia   species by its lack of seminal vesicles.

The earthworm fauna of Botswana is currently unknown. Our recent collection resulted in the discovery of an indigenous Tritogenia   species new to science. This species was collected in the south-eastern part, the Tuli Block. The northern region was also investigated but no Tritogenia   species were found. The collection of T. talana   sp. nov. provides new knowledge on the distribution of Tritogenia   as it was assumed that possibly the northern boundary for South African species is the Limpopo River ( Plisko 2012). There is a possibility that some species may occur in Mozambique and Zimbabwe along the Limpopo River.

The reproductive organs of T. talana   sp. n. show some level of degeneration. Most conspicuous is the lack of seminal vesicles, unusual in this genus: all other known species of Tritogenia   have variably sized seminal vesicles in two segments. Other afrotropical earthworm species that lack seminal vesicles are found in Madagascar and belong to the family Kynotidae   ( Razafindrakoto et al. 2011; Csuzdi et al. 2012). Furthermore, spermathecae were not observed in holotype and paratypes and may be absent as well, or they were deeply embedded in muscle tissue. As noted by Nxele (2014), spermathecae are difficult to observe in Tritogenia   , especially when embedded in tissue and without sperm, so the possibility remains that they have been overlooked. Finally, this is the first proandric species in this genus, the pair of funnels is small. The reduction in reproductive organs suggests parthenogenesis although more data is needed to validate this. Hermaphrodite species may reproduce parthenogenetically. For example, Amynthas catenus Tsai et al., 2001   was found to reproduce parthenogenetically ( Shen et al. 2011), based on the study of reproductive organs and DNA ploidy levels. More qualitative collection campaigns in the country may reveal new earthworm species and confirm these suppositions. 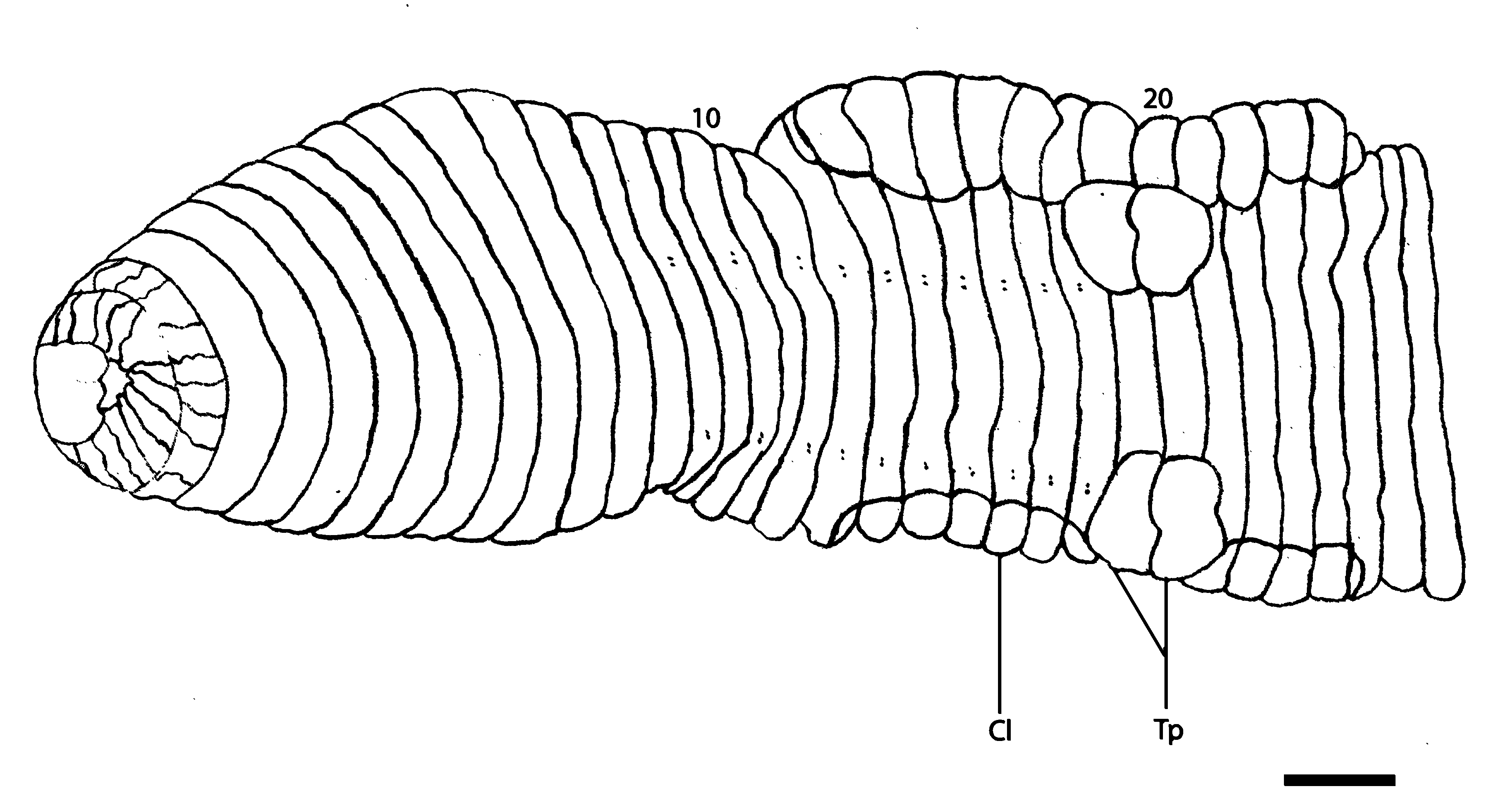