PROSTOMIUM. Pyriform, longer than wide; eyes round, of similar size, in trapezoidal arrangement, posterior eyes closer to each other ( Fig. 7A View Fig ). Antennae swollen basally, as long as palps, without gap between them. Palpophores globose, 1.5× as long as wide, palpostyles rounded.

Nereis callaona was described based on specimens from El Callao port, Peru. It differs from other species in the group by the presence of massive, dark glands in parapodial ligules throughout the body. The record by Augener (1918) for West Africa resembles typical specimens because it has the posterior eyes exposed, pharyngeal areas VII–VIII with 2–3 rows of denticles and pigmented glandular areas in posterior parapodia. They differ, however, because the Eastern Pacific species has 11 paragnaths in two rows in pharyngeal area II, whereas the West African form has 28 paragnaths in three rows in the same area. Reish (1954) regarded N. pseudonereis Hartman, 1940 , described from the Galapagos and Peru, as a junior synonym of N. callaona after a comparison of the type specimens (see above). We follow Reish’s conclusion.

Nereis callaona was regarded as identical to N. falsa by Berkeley & Berkeley (1964), probably following Hartman (1940: 224), who indicated some affinities of her N. pseudonereis , a junior synonym of N. callaona (as indicated above), with N. falsa . However, the status of this latter species has been confused, because it belongs in Hediste Malmgren, 1867 (see above).

Further confusion was introduced by Ehlers (1913) by recording N. splendida Grube, 1840 from Southern Africa. However, N. callaona differs from N. splendida by having dark glandular masses in the parapodial ligules. Augener (1918) recorded N. callaona , from Western Africa, and although specimens of this latter region were not seen, they differ in the number of paragnaths in area II. There are 11 cones in the American specimens and 28 in the African ones. On the other hand, the male epitoke reported as N. falsa by Berkeley & Berkeley (1964) has 26 chaetigers in the pre-natatory region instead of 27, as indicated for “ N. falsa ” by Fauvel (1923: 338). Their account should be referred to N. callaona , as indicated above, and not to any other species. 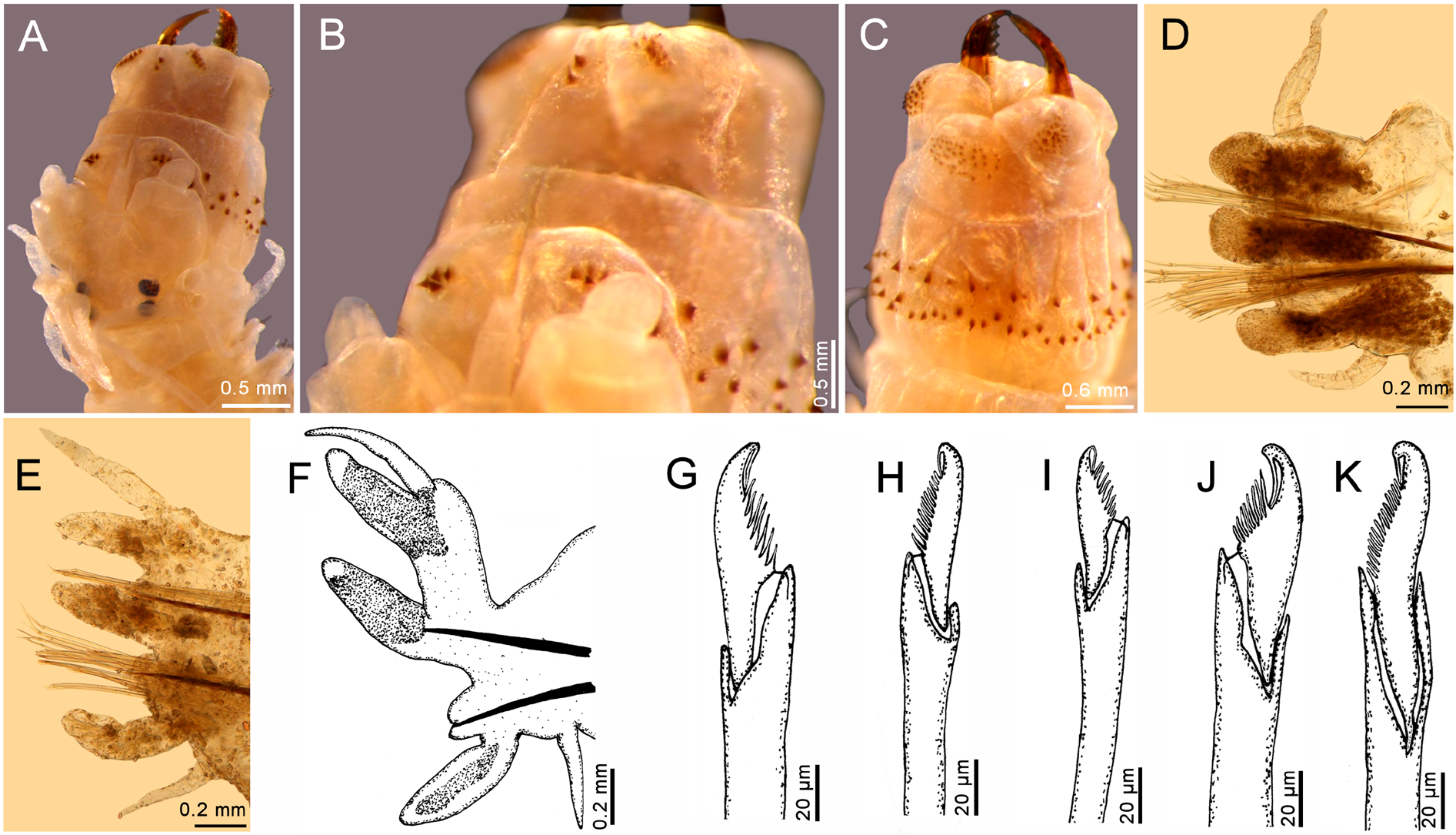