In addition to body size variability, males vary in the shape of the pronotum and its armature. In the material examined, there are specimens with a shallow excavation on pronotum medially and a small rounded anteromedial tubercle, and intermediate forms between it and specimens with fully developed pronotal armature.

The distribution range of this species needs clarification. The specimens with exact locality data originated from Caracas, Venezuela. Most of the specimens, however, bear the label ‘Colombia’ or no locality label ( Figure 2 View Figure 2 (g)). The record from Chile is doubtful.

Paulian (1984) described Ae. elongatum   based on the punctation of the mesepimera and elytra but he did not dissect the genitalia of the holotype. The characters of the punctation of the underside of the body vary and are largely not diagnostic. We dissected the aedeagus of the holotype and found that it has the characteristic shape of the parameres and endophallic hooks as in Ae. columbianum   ( Figures 2 View Figure 2 (a,b,d–f) and 3 (a–c)). The other characters also agree with the latter species, and we therefore propose the new synonymy.

Almost all the material of Ae. columbianum   available to us was apparently collected in the nineteenth century. Only a few specimens were collected in the beginning of the twentieth century, and no recent records of this species are available. 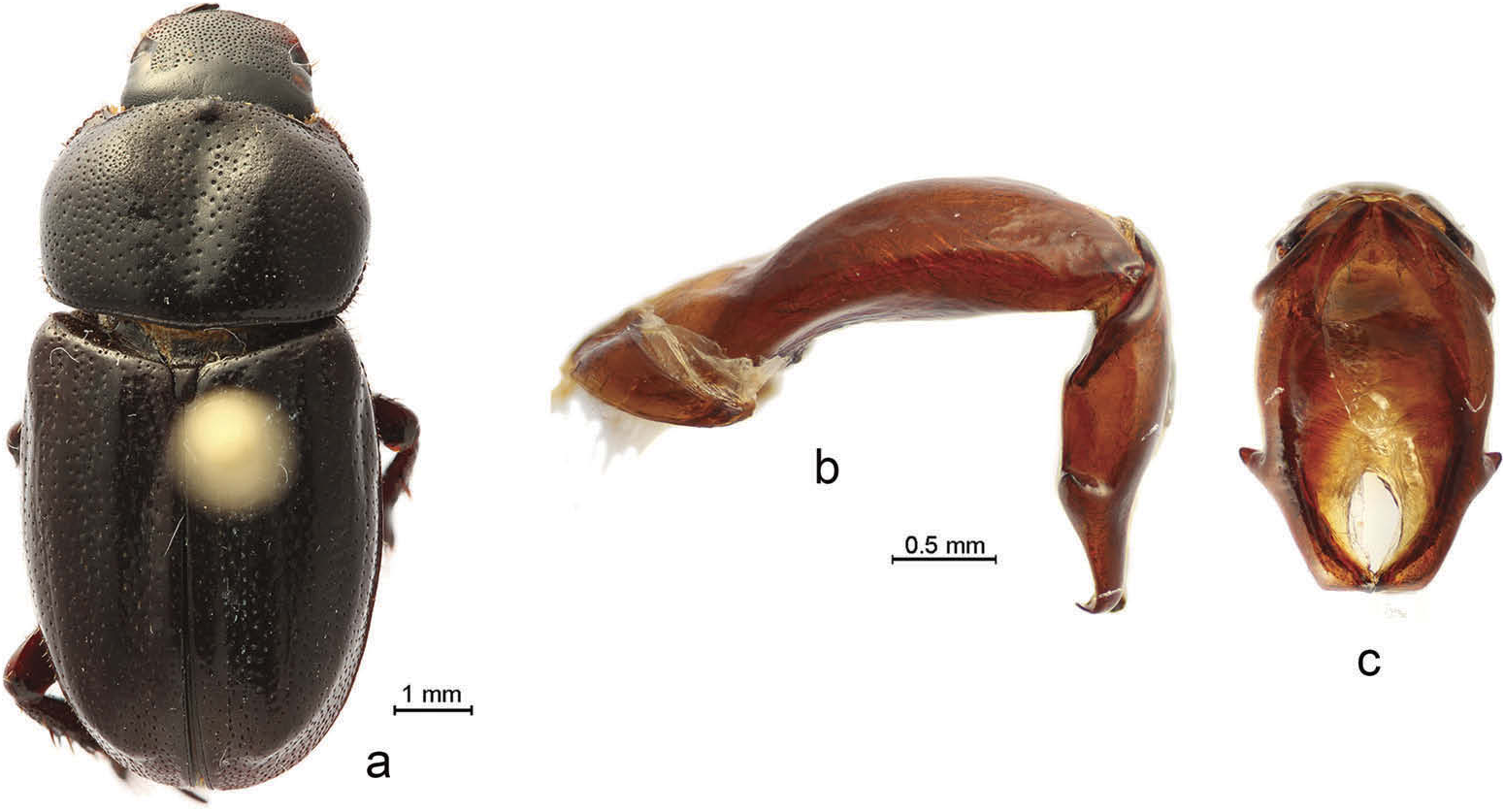 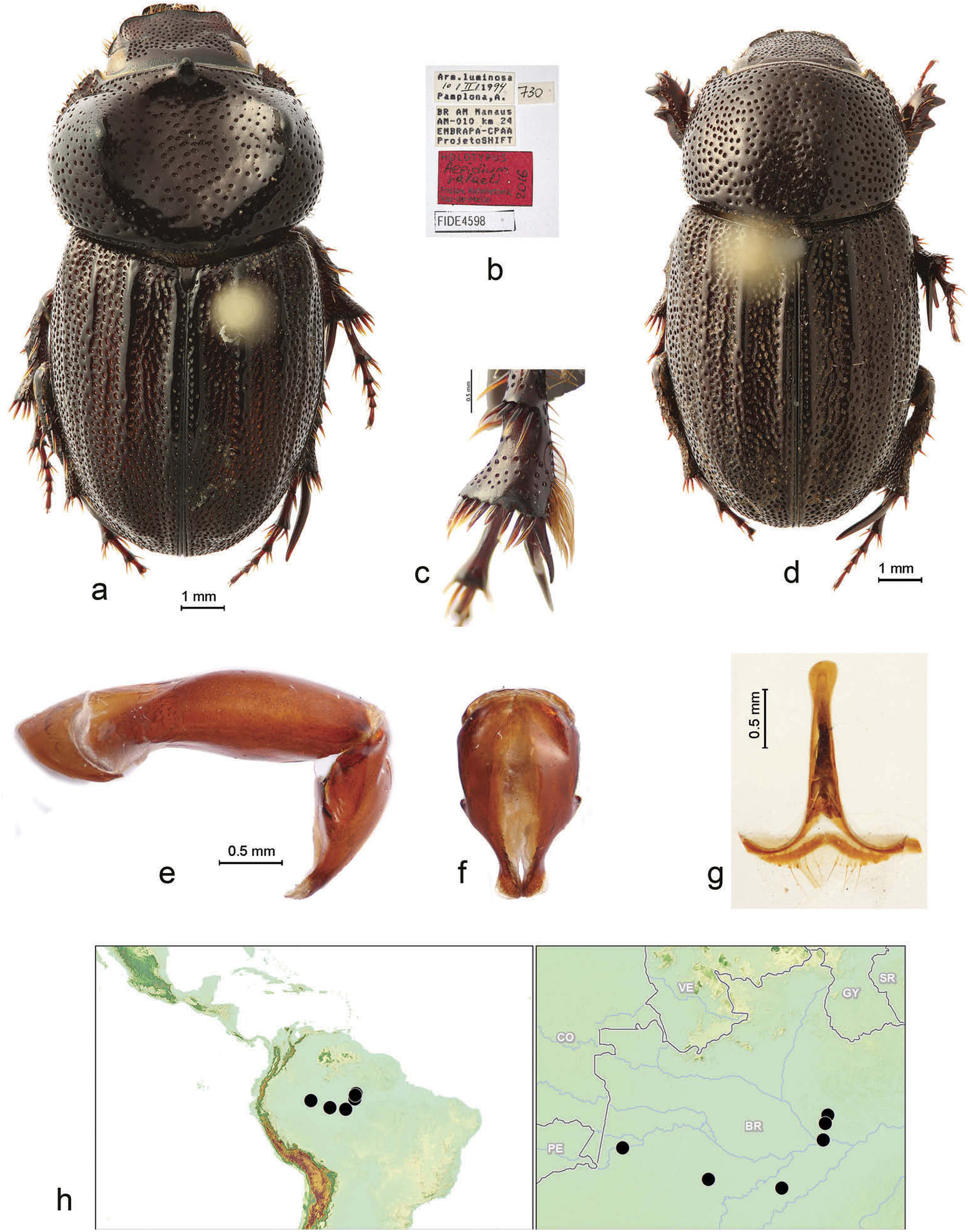