Distinctive of this species is the shape of male aedegus that curves dorsad and both anterior and posterior projections are rounded and knob bears a small indent medially ( Figure 5 View FIGURE 5 D). The female tarsus I with proximal pair of duplex setae distal to proximal tactile setae

Remarks: This species was first described on Gossypium   sp. from New Caledonia ( Ándre, 1933) and is widely distributed in both the Afrotropics and Neotropics, USA and palearctic region on a wide range of host plants ( Migeon and Dorkeld, 2006). In Kenya, the first record of this species was on Ricinus communis   ( Euphorbiaceae   ) from Nairobi ( Baker and Pritchard, 1960). Damage on cassava leaves appear as silver stipples; severely infested plants appear stunted and leaves reduced in size. 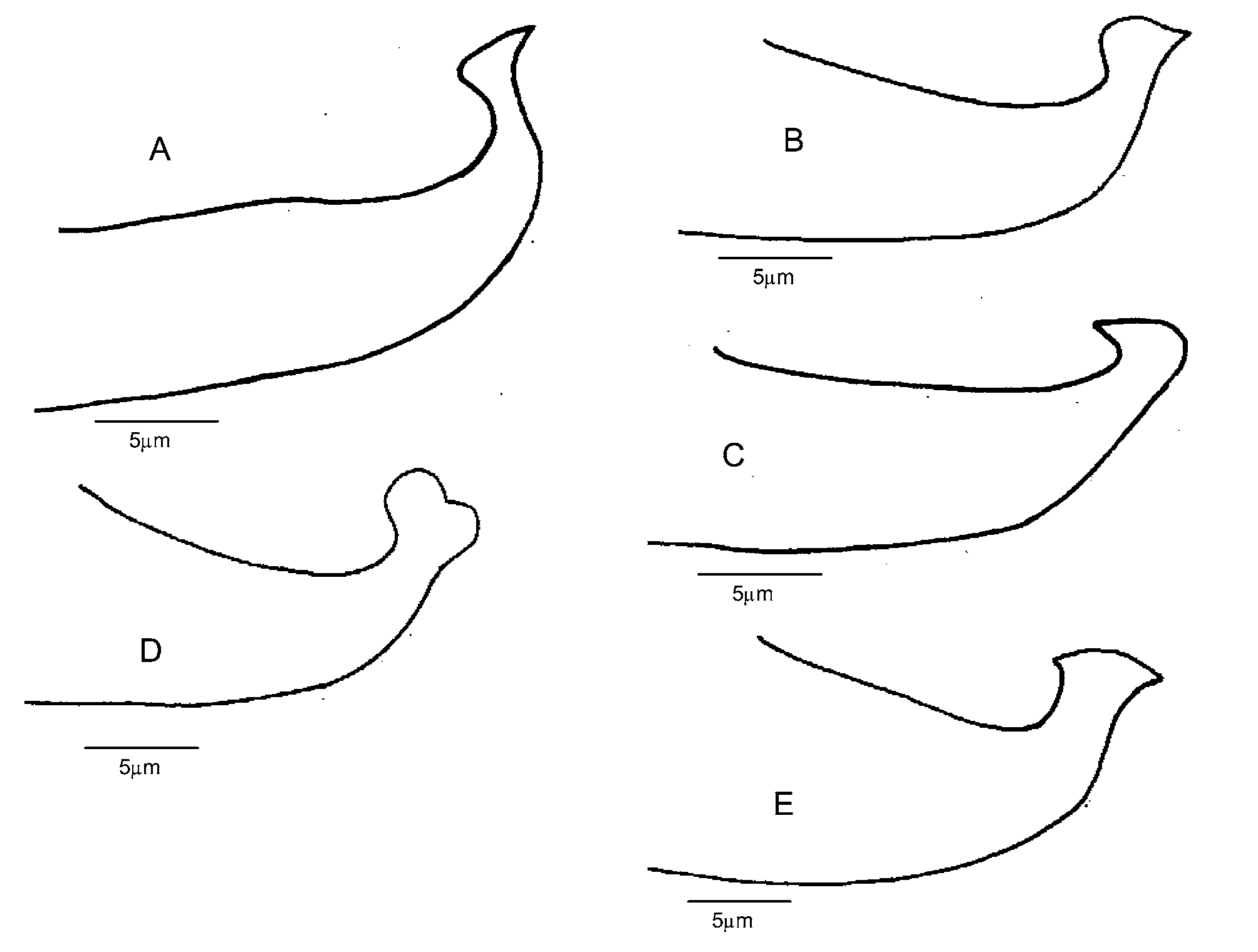