Diagnosis. The worker of this species can be recognized by the combination of the following features: mesoscutum and mesoscutellum densely and coarsely foveate; antennal scape with short erect setae, at most 0.4 times diameter of scape; ocellocular area, between lateral ocellus and inner margin of compound eye, with scattered and larger punctures than on frons; and clypeus shiny, with minute shallow punctures ( Fig. 3 View FIGURE 3 F). It can be separated from N. testaceicornis   primarily by the punctation of the clypeus, which is duller, minutely punctate ( Fig. 3 View FIGURE 3 E). Also, the antennal flagellum is blackish to brownish and the maculations on the mesoscutum and mesoscutellum are often more extensive than in N. testaceicornis   .

Provenance. Smith based his description on specimens received by the BMNH as lot 2 in 1849. This lot is of historical significance, as it was purchased through the insect dealer John Crace Stevens (c 1809–1859) and contained the very first lot of 47 specimens of Hymenoptera   sent from Henry Walter Bates (1825–1892) while in the Amazon ( Bates , 1863). Bates had by then just arrived to Brazil for his 11 years journey through the Amazon rainforest on 28 May, 1848. His port of entry was Belém where he stayed and collected together with Alfred Russel Wallace (1823–1913). Bates is known to have collected mostly near Belém , but in August 1848 he went up the Tocantins river and later, on 5 September 1849, up to the Amazon river ( O'Hare , 1995). Therefore Bates could not have shipped any insects from the Amazon-Manaus trip to London before he arrived to Manaus on 22 January, 1850. In order to have been purchased by BMNH in early 1849, the specimens must have been collected from Pará in 1848 or early 1849 and most likely obtained in the vicinity of Belém [1.46° S, 48.50° W] or, possibly along the Tocantins river. Apparently the original specimens belonged to the museum as indicated by the abbreviation “ B.M. ” in the original description. However, a single specimen from this “ B.M. ” lot was retained by Smith in his private collection and only in 1899 donated back to the museum by Mrs. Farren White. See comments of the provenance of the type specimens of Nannotrigona mellaria   for an account of this transfer. GoogleMaps

Unfortunately the syntype specimen labeled as the type (specimen 17B.1090) is headless and it would therefore not be desirable to select this particular specimen as the lectotype. Both syntypes clearly belonged to the BMNH based on the purchase history and labels, including the specimen that was since transferred to the private collection of Smith before again being returned to the BMNH. This specimen from the private collection is complete and we here designate this syntype specimen as the lectotype in order to stabilize the future use of the name. The specimen has been labeled accordingly and the remaining syntype in BMNH is labeled paralectotype. 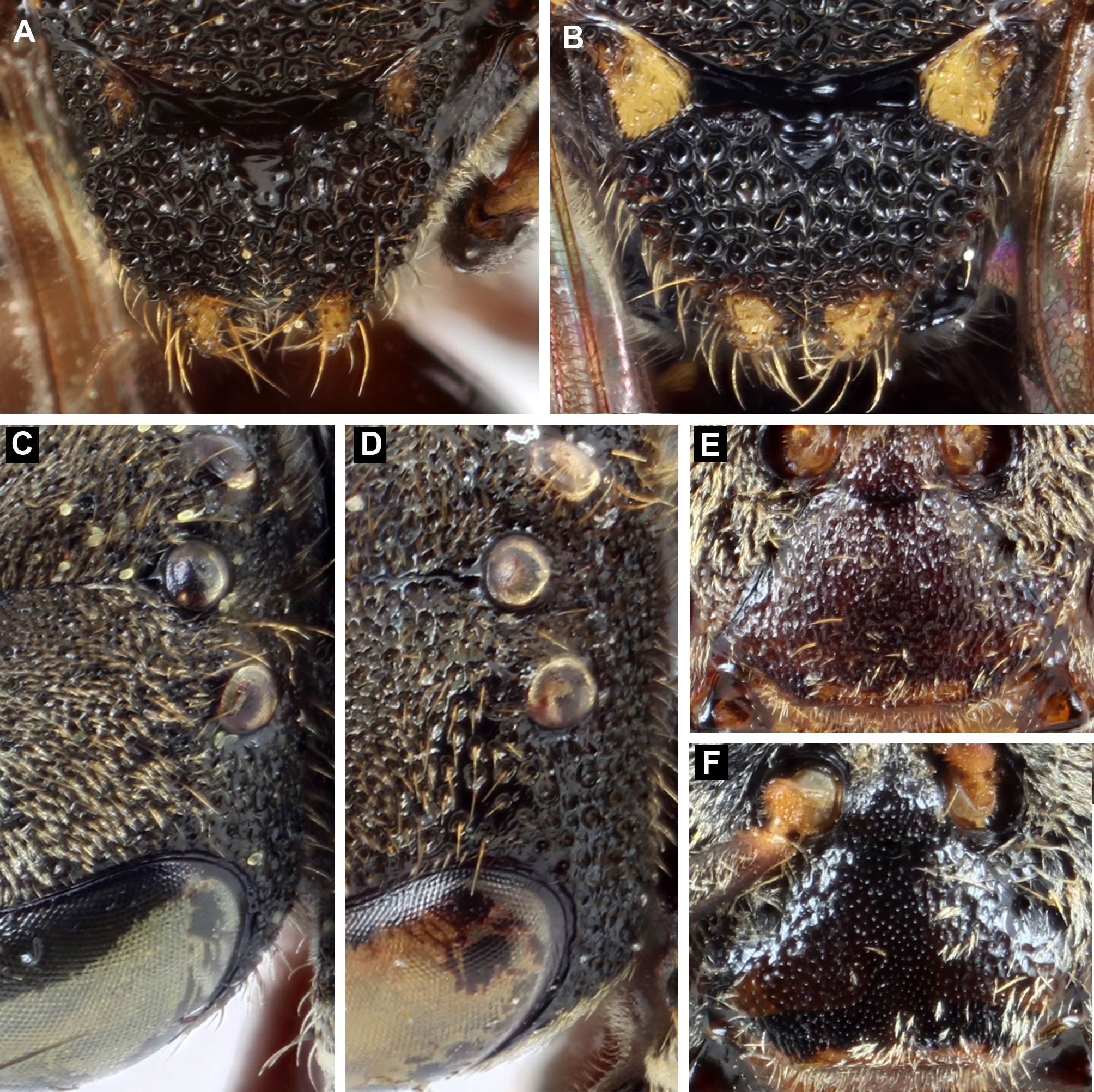