Distribution. Known only from the highlands of Chiapas, México, and mountains of adjacent northwestern Guatemala.

Diagnosis. Sorex chiapensis  is a member of the S. veraepacis  species group. Size is small for the species group. U3 usually <U4 (one specimen had U3 = U4). The skull is smaller on average than in all other species in this species group in Guatemala. Color of the dorsum in S. chiapensis  is gray to dark gray, the venter only slightly lighter. The dorsal pelage of the rump in some specimens has reddish tips on the hairs but this is not consistent. The tail is unicolor to slightly bicolor. Average measurements for specimens of S. chiapensis  from the type locality (San Cristobal, Chiapas, México) are given in Table 1.

Description. The size of S. chiapensis  is small compared to that of S. ibarrai  and S. veraepacis  , but only slightly smaller than in the populations from the Sierra Madre of Guatemala. Compared to the new species from the Sierra Madre of southwestern Guatemala, S. chiapensis  has shorter mandibles, more flattened skull, and a wider, shorter rostrum. 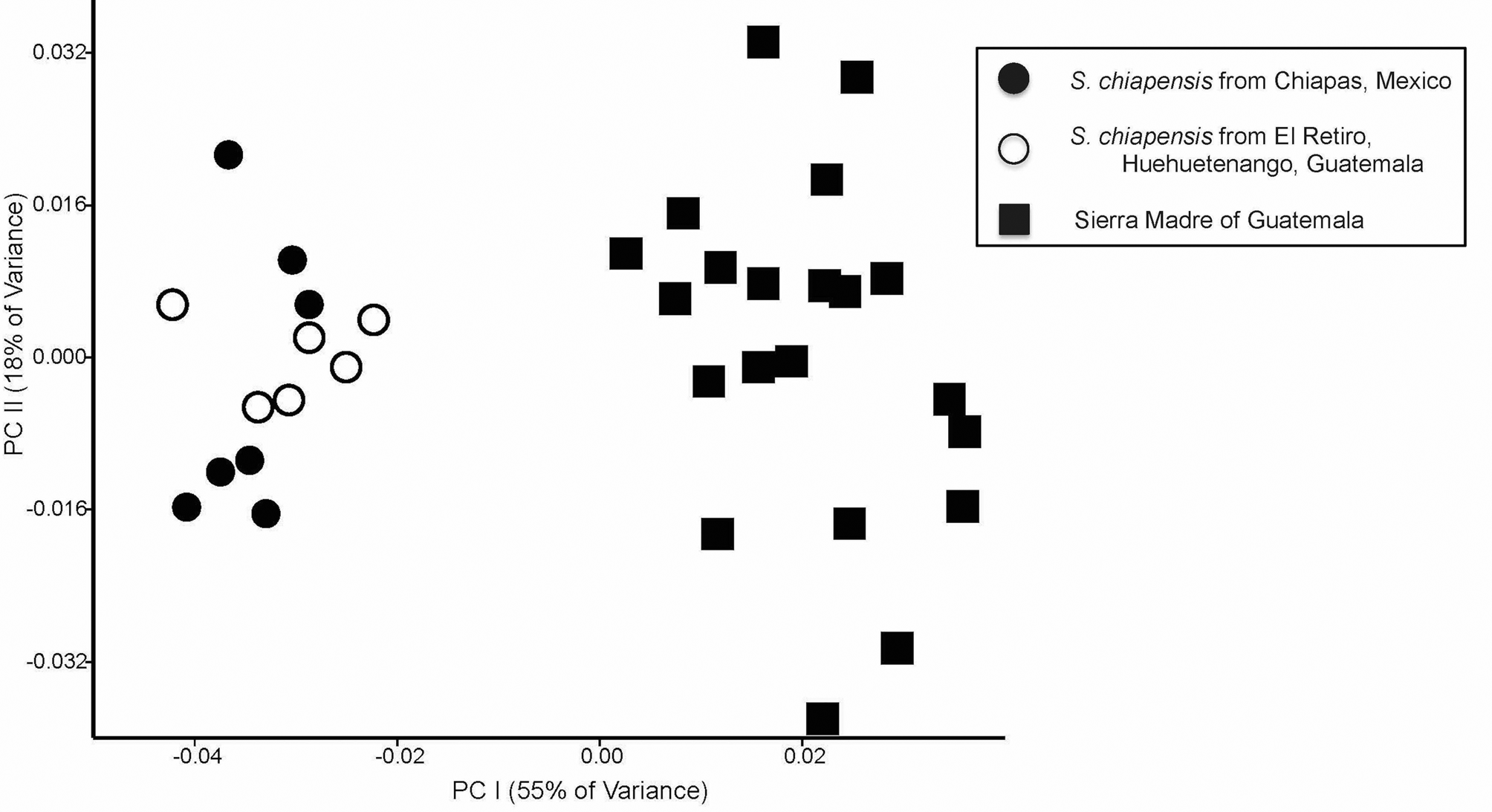 FIGURE 6. Plot of the Principal Component scores on the first two axes based on 12 log-transformed skull variables on specimens of S. chiapensis and the Sierra Madre of Guatemala.