(0,?-6-4). Extended striation pattern ( Figure 2B View Figure 2 ). Palp and chelicera apparently similar to those of croceus   .

The single female in Oudemans’ collection exhibits the typical Tydeus   striation pattern defined by Baker (1965). Striation unique in having circular striae around (vi) similar to those usually observed around the trichobothridia ( Figure 3B View Figure 3 ). Dorsal setae smooth ( Figure 5B View Figure 5 ). The species is probably small as the idiosoma length was only 235 M m, but this measure is only indicative due to the state of the specimen. The total length published by Oudemans (1929b, p 477) was 247 M m. Koch (1838) had already indicated that the species was exceedingly small (‘‘ungemein klein’’). NS(vi)522, NS(ep)519. 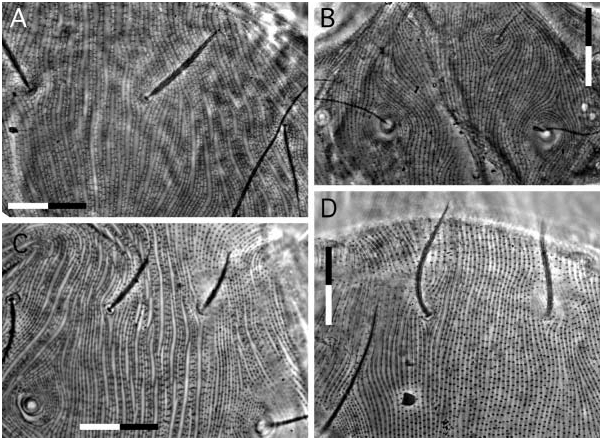 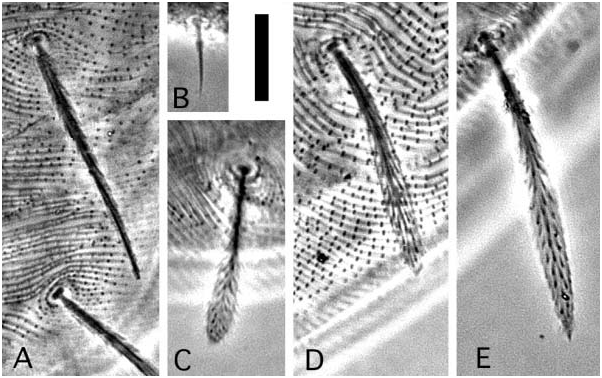 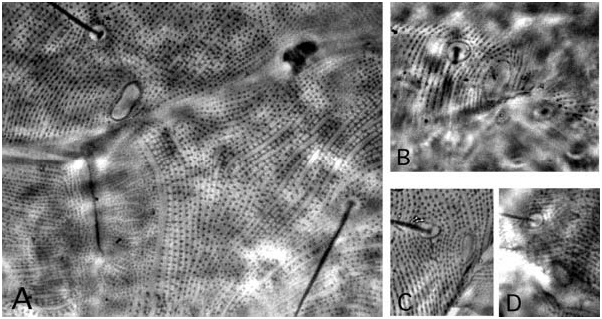 Figure 6. Outline of the coxal organ in Tydeus croceus (A), T. spathulatus (B), T. nieuwkerkeni (C), and T. cruciatus (D). Depending on the orientation or state of specimens, the outline may be deformed due to perspective (C) or difficult to see (D).