Erdoğan-Dereli, Deniz & Çinar, Melih Ertan, 2020, The diversity of the genus Aricidea (Polychaeta: Paraonidae) from the Sea of Marmara, with descriptions of two new species and two new records for the Mediterranean fauna, Zootaxa 4844 (1), pp. 1-73: 56-60

Reproduction. Some specimens of A. bulbosa  from the Sea of Marmara had eggs in their coelomic cavities after chaetiger 30; four eggs in each chaetiger with a diameter of 119–130 μm.

Hartley (1984) stated that the middle and posterior branchiae were stained heavily when treated with eosin and presented a glandular or vacuolar appearance. We also stained our specimens with Shirlastain-A and saw that most branchiae were pigmented heavily as noted by Hartley (1984) ( Fig. 39A, C, FView FIGURE 39). When the specimens were examined under SEM, we observed that the branchiae have regularly arranged pits on their anterior face that absorb stains ( Fig. 41View FIGURE 41 A–F). Such regular pits have not been previously reported on the branchiae of any paraonid species. These pits might be the external openings of the glands where secretions emerge, but further research is needed to clarify their function on the branchiae.

Habitat and Distribution. This species was found in soft substrata at 25–100 m depths in the Sea of Marmara; in soft substrata with Caulerpa cylindracea  and Halophila stipulacea  at 28–49 m depths in the Aegean Sea. As this species was previously reported only from the Gulf of Suez, Red Sea ( Hartley 1984), it could have been introduced to the Mediterranean Sea via the Suez Canal and could be regarded as alien species for the region. The paraonids have long lived planktotrophic larvae, so this species might expand its distributional range rapidly in the Mediterranean Sea by natural dispersal or its presence in the Sea of Marmara can be explained by the secondary introduction by ballast water of ships from the eastern Mediterranean. There is a long distance between the localities (south Aegean Sea and Sea of Marmara) where this species was found in the present study, so we need more distributional data of this species to understand if it has a continous or disjunct distribution pattern in the region, which would enable us to assess its type of pathways of introduction. 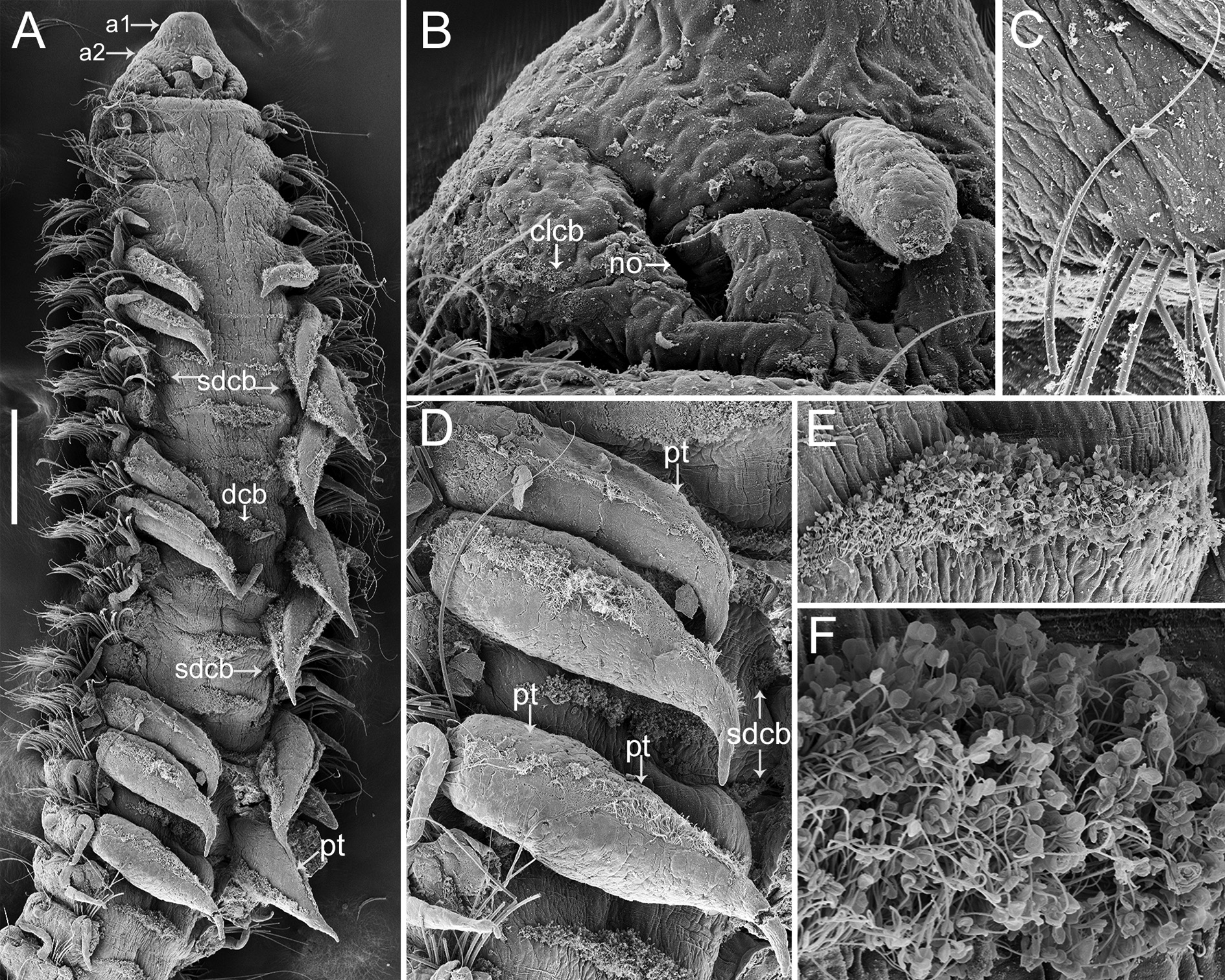