Thorax. Several fine setae with different lengths on lateral edge and few setae on dorsal surface; prothorax more expanded than the other segments, twice as wide as long; mesothorax slightly wider than the other segments, mesothorax and metathorax similar in length. Legs short, with strong spines; fore leg shorter and thinner than others, with a well-developed tibiotarsal organ with pectinate setae ( Fig. 6 View FIGURE 6 D–E); femur with a row of about 16 long thin spine-like setae on ventral surface; tibia with about 20 thin setae on ventral surface; tarsal claw with two spines ( Fig. 6E View FIGURE 6 ).

Biology and habitat. The eggs of this species are not known. Larvae and pupae were observed in macrophyte banks associated with roots of Salvinia auriculata   and stems of Marsilea   sp. in natural lakes, with riparian vegetation and exposed to sun ( Fig. 2 View FIGURE 2 A–F). Larvae maintained in the laboratory passed through at least six instars in 65 days. Before pupation, the mature larva orients its head downwards and contacts the water surface with the tergites and sternites VIII and IX with hydrophobic setae. During this process, the pre-pupa (period during which the larva no longer feeds, is immobile and remains connected to the water surface) breathes atmospheric air using the spiracle apparatus located between the tergites and sternites VIII and IX ( Fig. 10 View FIGURE 10 A–C). After one day, the pupa leaves the last-instar exuviae but remains attached to the thoracic portion of the exuviae by the attachment organ. The pupa is aquatic, and it is connected to atmospheric air by a pair of pronotal siphons, and it remains suspended under the water surface with the larval exuviae attached ( Fig. 10 View FIGURE 10 D–E). The attached larval exuviae connected with atmospheric air is important because the submerged pupae can remain floating just under the water surface. Under laboratory conditions we observed that when the exuviae are removed the pupa sinks and dies. The pupal stage lasts three to four days (n=85). After emergence, the adult rests on the surface of macrophyte leaves ( Fig. 10F View FIGURE 10 ). 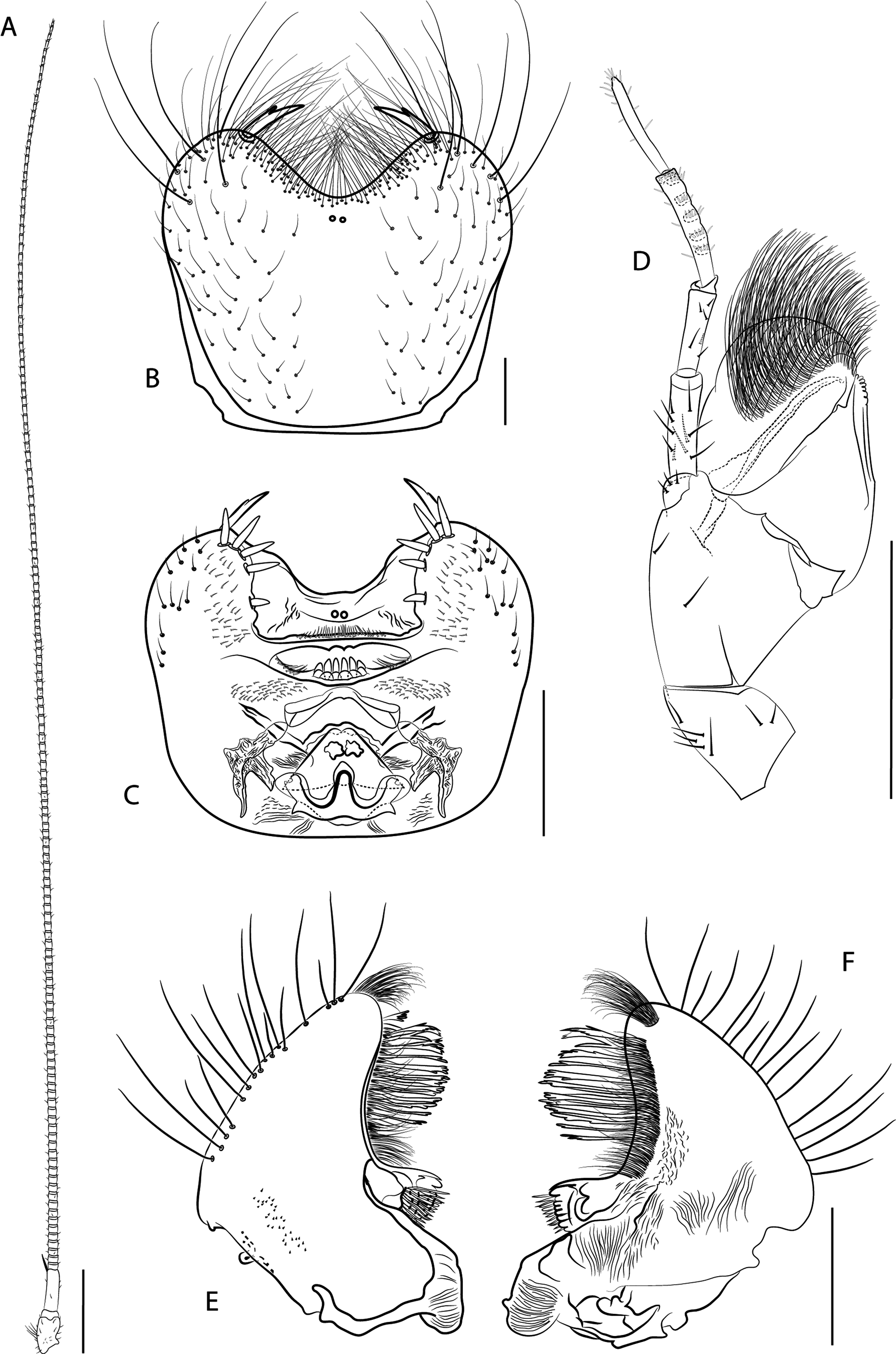 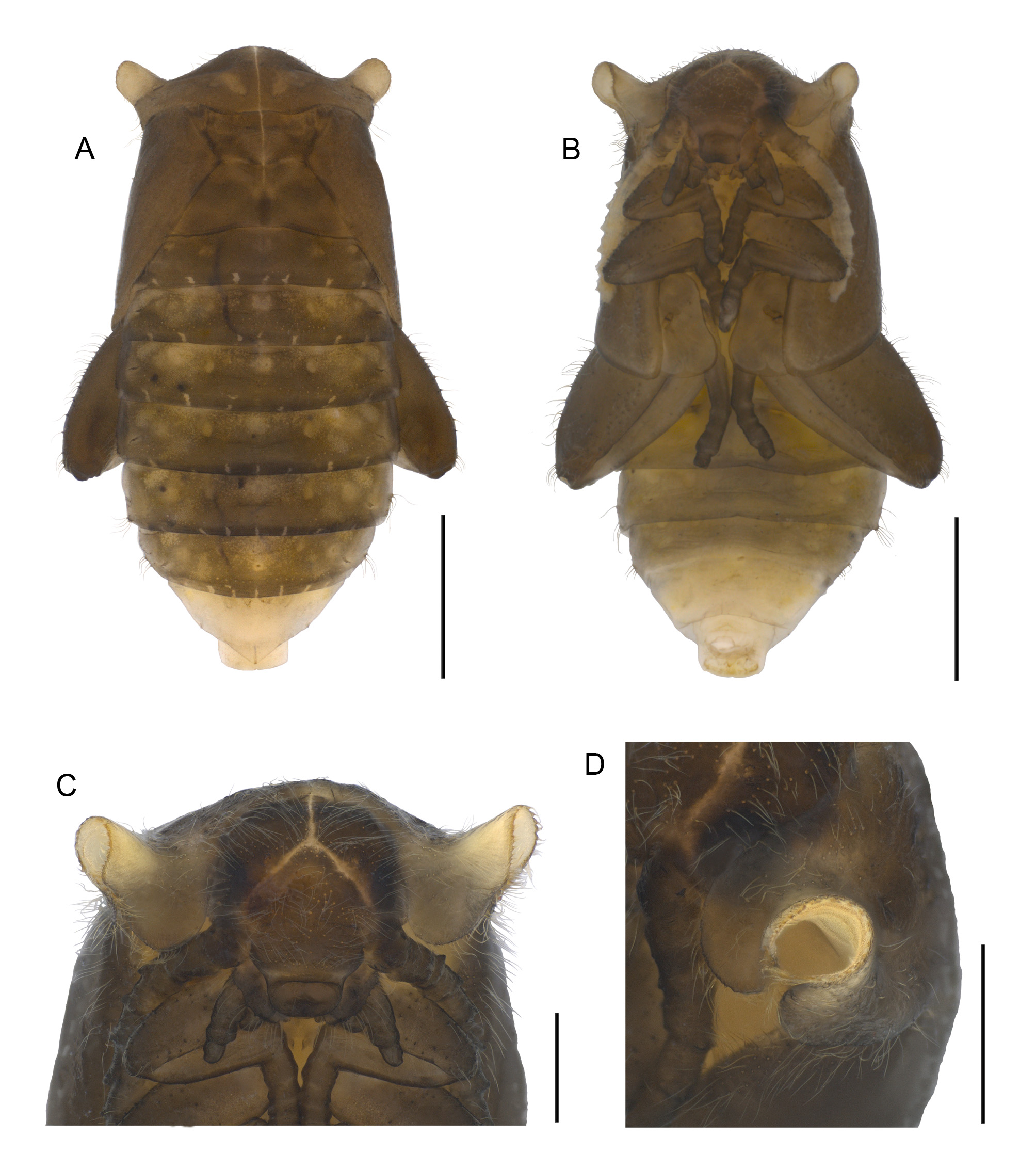 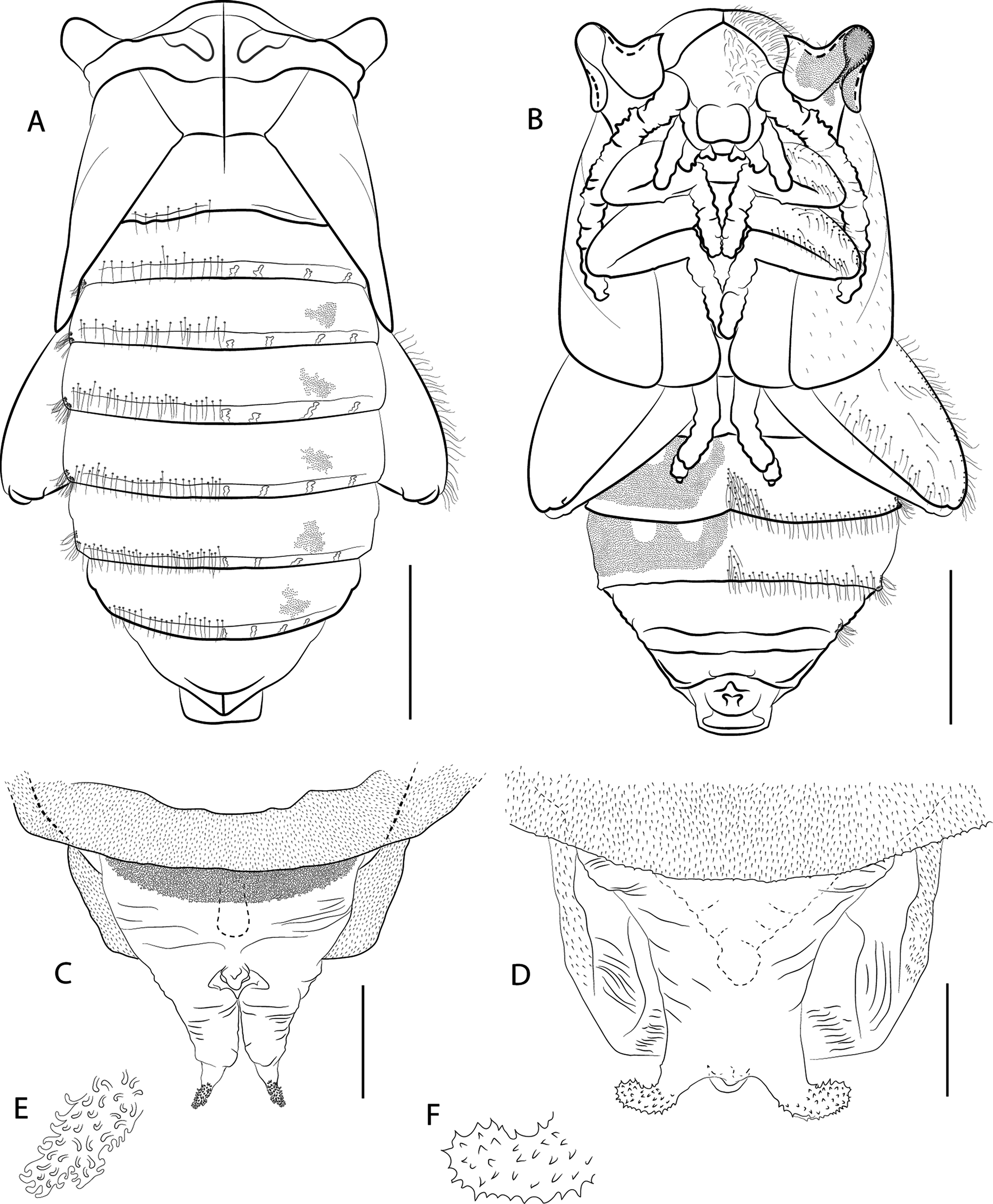