Comments. In some genera of Batrachideinae and other genera of other subfamilies, limits are not clear, and it is usual that species in closely-related genera have been placed here, but they clearly not belong when reviewed more closely. This was the case, for instance, when Hancock (1909), descry Scaria brevis based on a male specimen from Cachabi, Ecuador ( Fig. 6A and 6B View FIGURE 6 ); and then Hebard (1923) described Batrachidea inermis based on a female specimen ( Fig. 7A and 7B View FIGURE 7 ) from Andagoya, Antioquia, Colombia (currently this location is within the borders of Chocó department).

As for Hebard (1923), females of S. brevis were unknown, he described B. inermis with females, but males of the same locality he unknowingly determined as S. brevis , not realizing that they are the same species. In Batra- chidea males and females are quite different from each other and it is often necessary to collect two in order to be certain of the association, unlike Scaria where males and females are very much alike. Hebard’s confusion spread up to the contributions of Grant (1956a, 1962), who notes that the males of B. inermis remained unknown, but in the Scaria section of his thesis, he redescribes S. brevis mentioning also the lack of female specimens and adds the record of two additional males, one from, Muzo, Boyacá, Colombia, and other from Tingo Maria, Peru. It is worth mentioning that in Muzo and surrounding locales the only species of the family is Batrachidea flavonotata Bolívar, 1887 (as per field observations and collecting efforts by O. J. Cadena-Castañeda).

With this panorama expounded so far, it is suggested that Batrachidea inermis ( Hebard, 1923) syn. nov., is a synonym and conspecific female for Batrachidea brevis ( Hancock, 1909) comb. nov., and these latter fits charac- ters of Batrachidea better, not those of Scaria . These nomenclatural acts are performed upon reviewing the type specimens and additional ones collected, observed and photographed in the field ( Cardona, 2012, pags. 114, 115 determined as Scaria sp.) and the collection of Filippo Maria Buzzetti as quoted by Buzzetti & Devriese (2007). 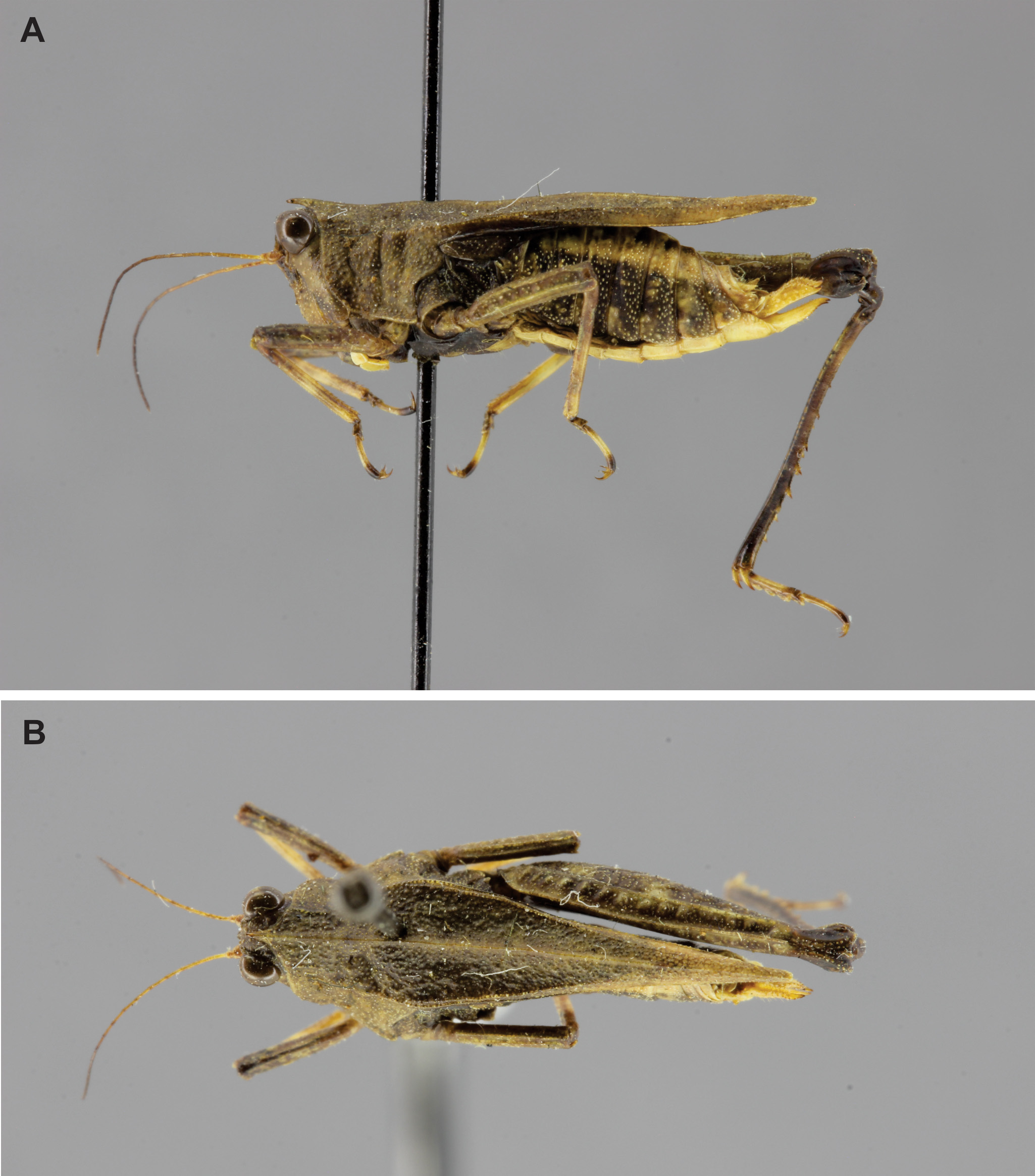