Etymology. The name (presented in the form of a feminine, Latin adjective) refers to the region of New South Wales in which this species was first discovered: the Riverina.

Distribution, habitat and behaviour ( Fig. 28 View FIGURE 28 ). Myopsalta riverina is known only from the original specimens collected by the author and David Emery from 33 km SSW. of Rankins Springs (east of Goolgowi) in southern inland New South Wales. Adults have been found in roadside Mallee ( Eucalyptus socialis and E. dumosa ) on weathered red soils, during mid November. Males sing sporadically during warm, sunny conditions. Like many cicadas that inhabit mallee woodland, they call infrequently on hot days.

Calling song ( Fig. 29 View FIGURE 29 ). To the ear, the song of M. riverina appears to contain monotonously repeated long echemes, each increasing slightly in amplitude throughout and each separated by short sequences of macrosyllables. Detailed examination of three available recordings reveals that the echemes are organised collectively into phrases of quite variable duration. Indeed each phrase contains 2 to 60 (or more) echemes (1.0– 1.5 s duration), each separated by gaps (0.17– 0.38 s duration). The gaps are typically not silent, instead containing 3–7 macrosyllables (0.02– 0.06 s duration, 2–4 syllables, with the syllables themselves not coalesced). The end of the phrase is signified by a short gap of approximately 0.04 s duration followed by a long macrosyllable (0.07– 0.09 s duration) and a longer gap (0.10– 0.12 s duration) (all statistics, n= 17 recordings). Following the stereotypical structure of male-female communication in this group, it is anticipated that the female would respond with a wingflick during the long gap at the end of each phrase.

This species has been observed calling during the day and it is not known whether it also sings at dusk. The calling song maintains an even frequency distribution throughout, with a high amplitude plateau of 12.2–18.5 kHz and a dominant frequency of 14.2–14.7 kHz. 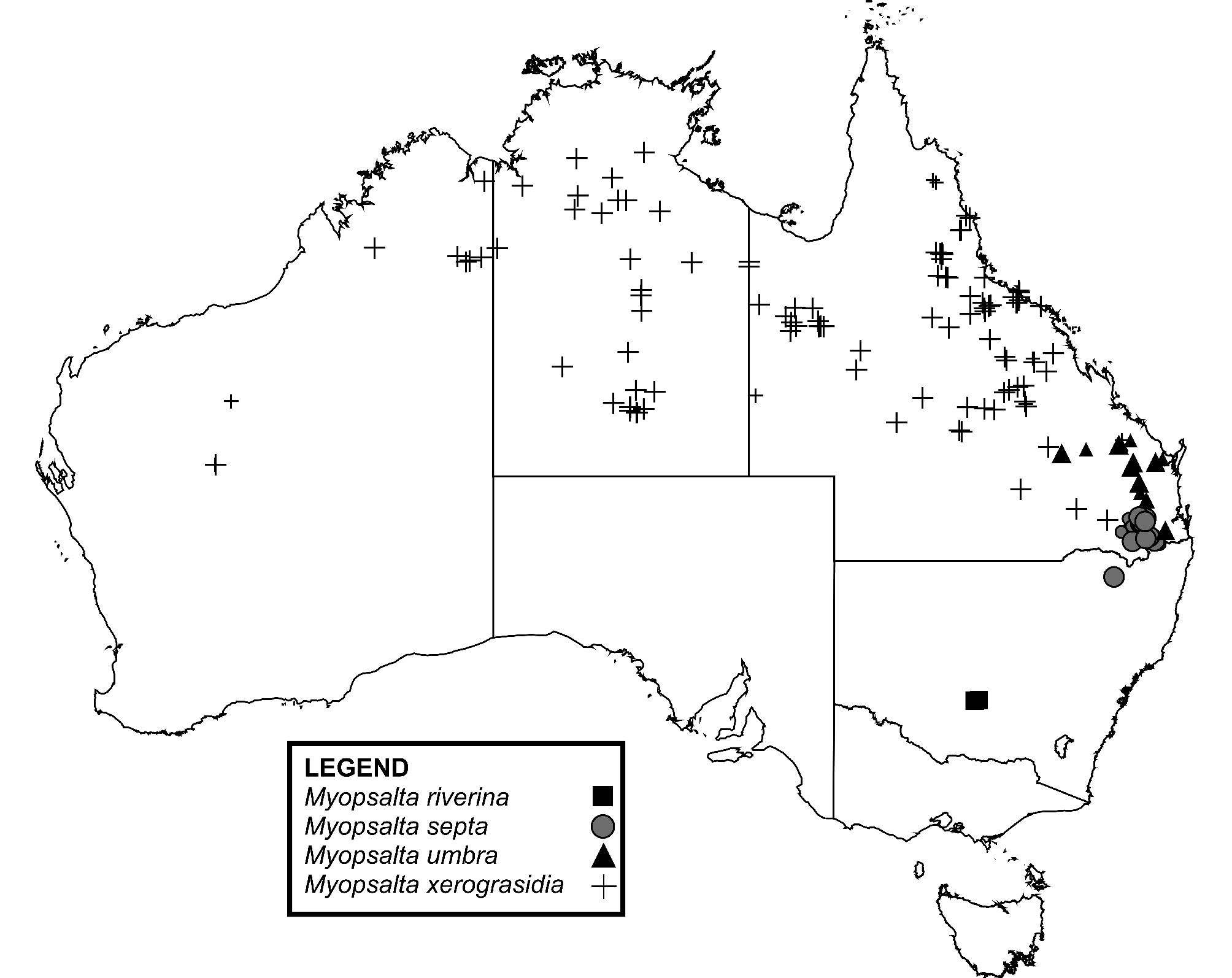 FIGURE 29. Male calling song structure of Myopsalta riverina n. sp. from a recording obtained at 33 km SSW. of Rankins Springs (33 ° 55 ' S 145 ° 56 ' E) by the author using RS 5 (see Methods). (A) Wave plot of two complete phrases, each containing three and two echemes, respectively, followed by a long macrosyllable. (B) Expanded wave plot showing the detailed structure of the concluding echeme and long macrosyllable at the end of a phrase; this is followed by a short excerpt from beginning of the next phrase. (C) Spectrogram showing the highest amplitude frequency plateau and dominant frequency.