Etymology. The feminine form of the Latin adjective parvulus, meaning ‘small’. This refers to the unusually small size of this species by comparison with other Myopsalta species in south-eastern Australia.

Distribution, habitat and behaviour ( Fig. 17 View FIGURE 17 ). Myopsalta parvula n. sp. is currently known only from a small area on the lower eastern slopes of Black Mountain in the Australian Capital Territory and from near Anglers Rest, approximately 20 km north of Omeo in north-eastern Victoria. Adults occur for a period of approximately one week from mid-November. The Australian Capital Territory specimens were found in low shrubs and grass on the edge of eucalypt woodland. Males call from the stems of grasses and shrubs during warm, sunny conditions.

The calling song maintains an even frequency distribution throughout, with a high amplitude plateau of 12.9– 19.3 kHz and a dominant frequency between 13.1 and 17.7 kHz. 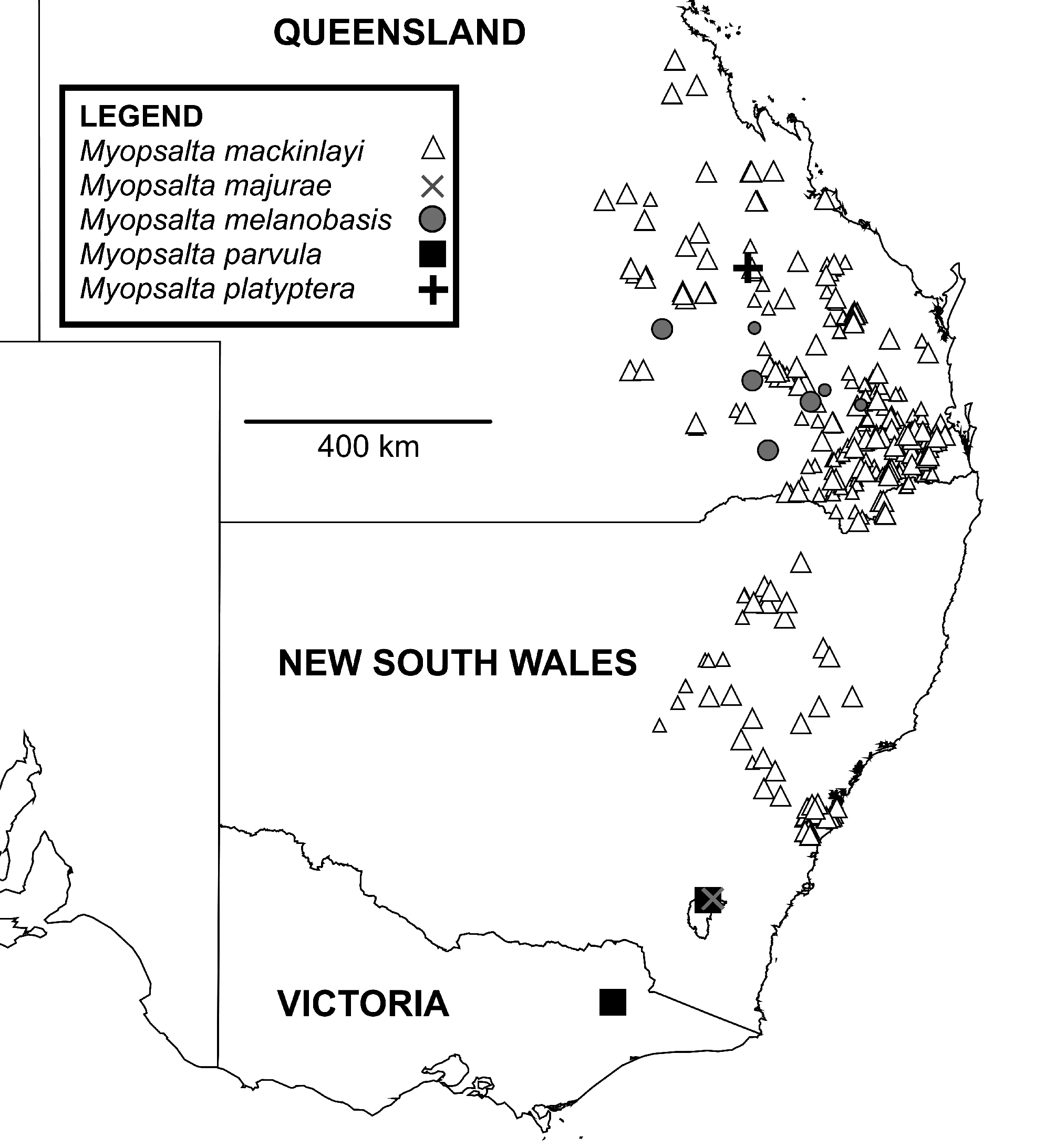 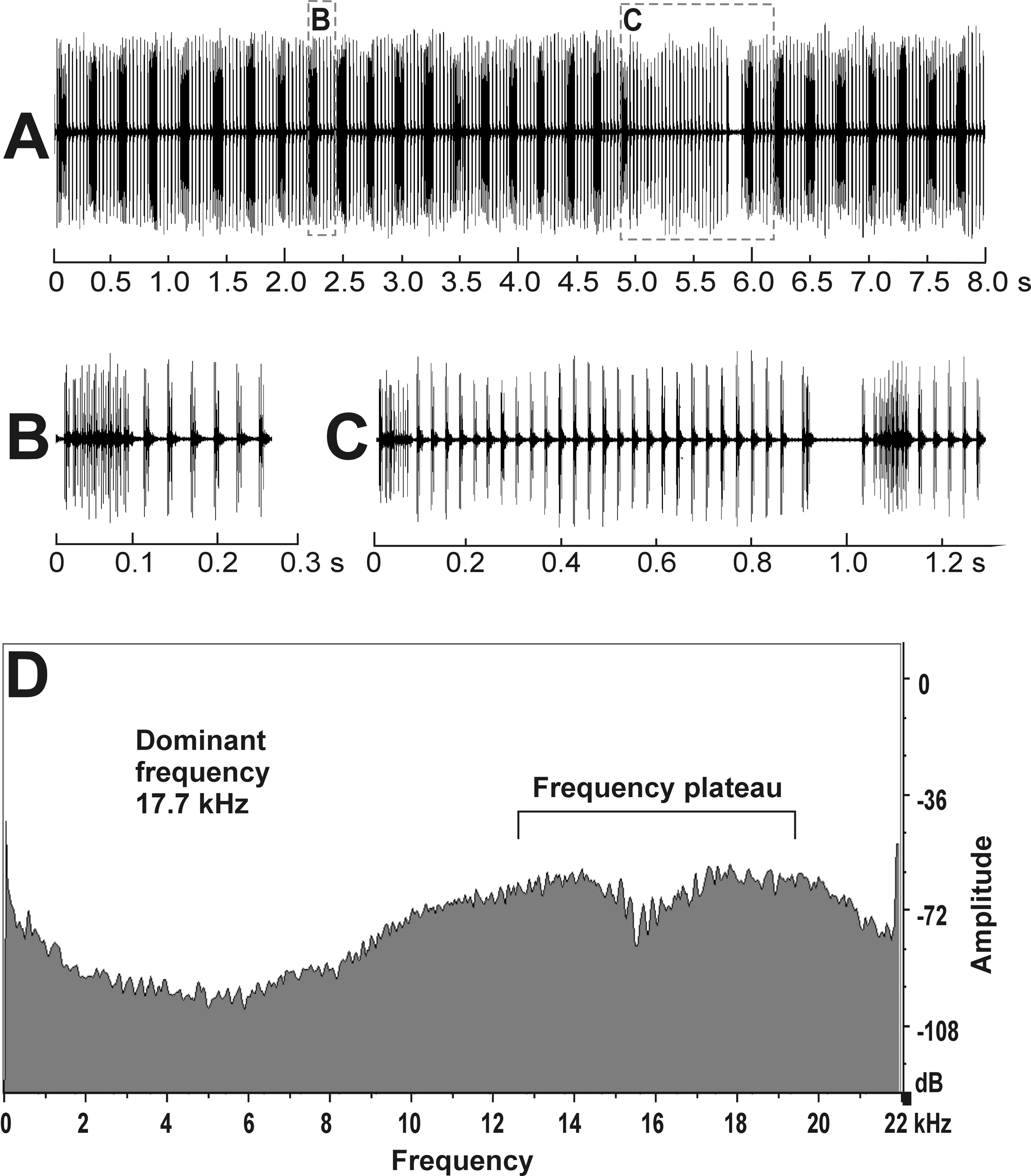 FIGURE 26. Male calling song structure of Myopsalta parvula n. sp. from a recording obtained at Acton (35 ° 16 ' S 149 ° 07 ' E) by the author using RS 5 (see Methods). (A) Wave plot showing one complete song phrase, (containing 20 subphrases, a concluding syllable sequence and a final short macrosyllable) followed by the beginning of the next phrase. (B) Expanded wave plot showing the structure of a single subphrase, including a long macrosyllable and subsequent sequence of six syllables. (C) Expanded wave plot showing the end of a phrase, including a long macrosyllable, longer syllable sequence and the final short macrosyllable; this is followed by the first subphrase of the next phrase. (D) Spectrogram showing the highest amplitude frequency plateau and dominant frequency.