Etymology. This species is named after the late Mr David Gordon, a botanical collector and conservationist who established Myall Park Botanical Gardens. This property preserves a variety of vegetation communities and a correspondingly high diversity of cicadas.

Distribution, habitat and behaviour ( Fig. 11 View FIGURE 11 ). Myopsalta gordoni   n. sp. is restricted to southern inland Queensland from the Charleville area east to near Glenmorgan. There is also an aural record from Western Creek State Forest near Millmerran. Populations occur in semi-arid woodland and scrubland on sandy substrates. Adults are typically found on the outer branches and in the foliage of trees and larger shrubs. They have been encountered between December and February. Males sing during warm, sunny conditions.

Calling song ( Fig. 12 View FIGURE 12 ). A single recording has been obtained for this species (from Myall Park near Glenmorgan). The calling song contains regular long echemes (2.036– 2.086 s duration), which are sometimes separated with at least one or two short echemes (each 0.055– 0.097 s duration). The long and short echemes are separated by gaps of 0.362– 0.726 s duration. Notably, the short echemes and the initial 0.087– 0.101 s of the long echeme are produced at the same amplitude. However, the remainder of the long echeme drops abruptly in amplitude to one half to two thirds of the amplitude, as shown in Figure 12 View FIGURE 12 . Whilst the song contains apparent modulation it amplitude, it maintains a constant frequency plateau, which spans approximately 12.1–16.6 kHz.

It is anticipated that the female would produce a wing-flick response in the gaps after each short echeme; however no observations male-female courtship behaviour have been made for this species. 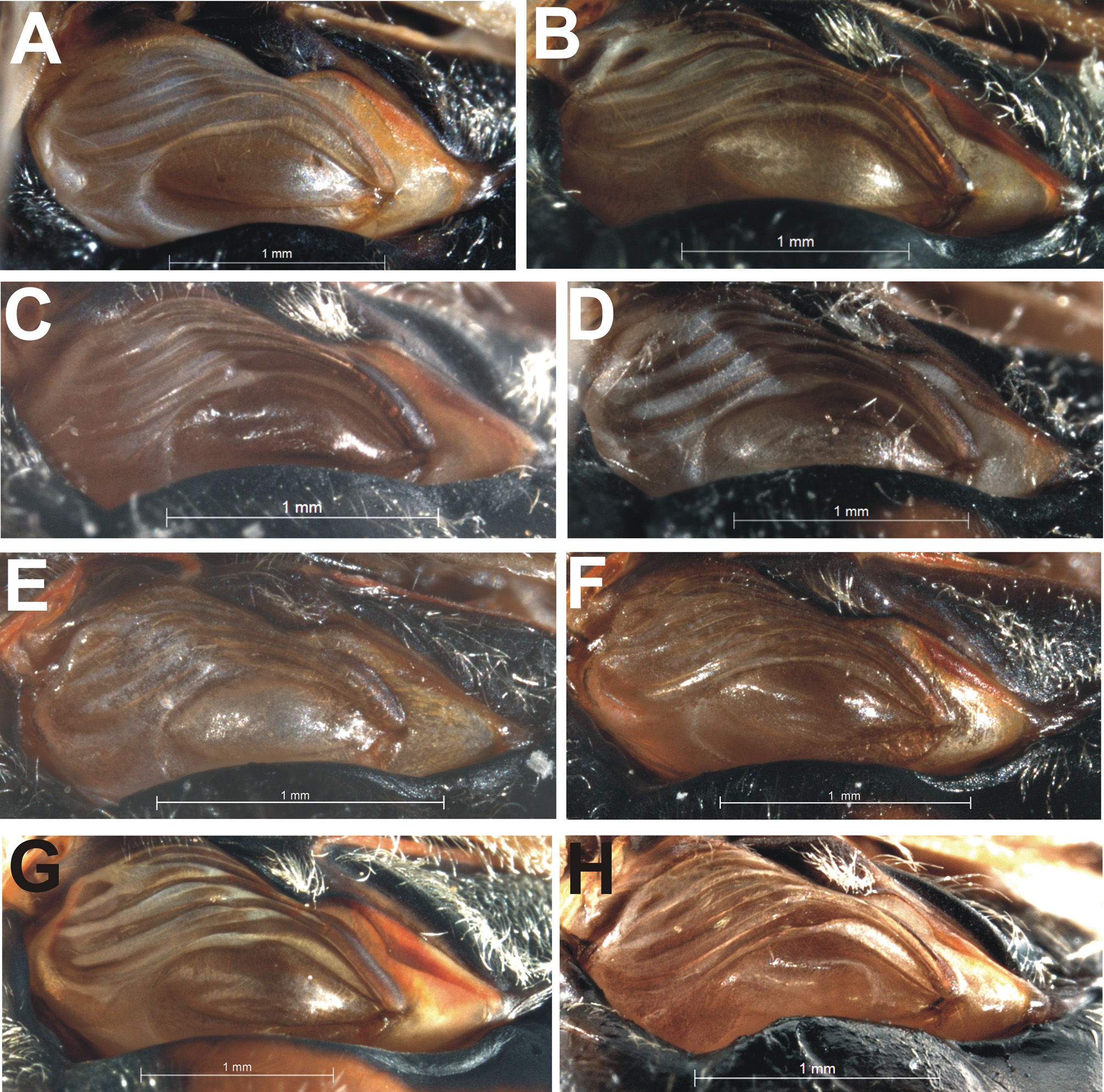 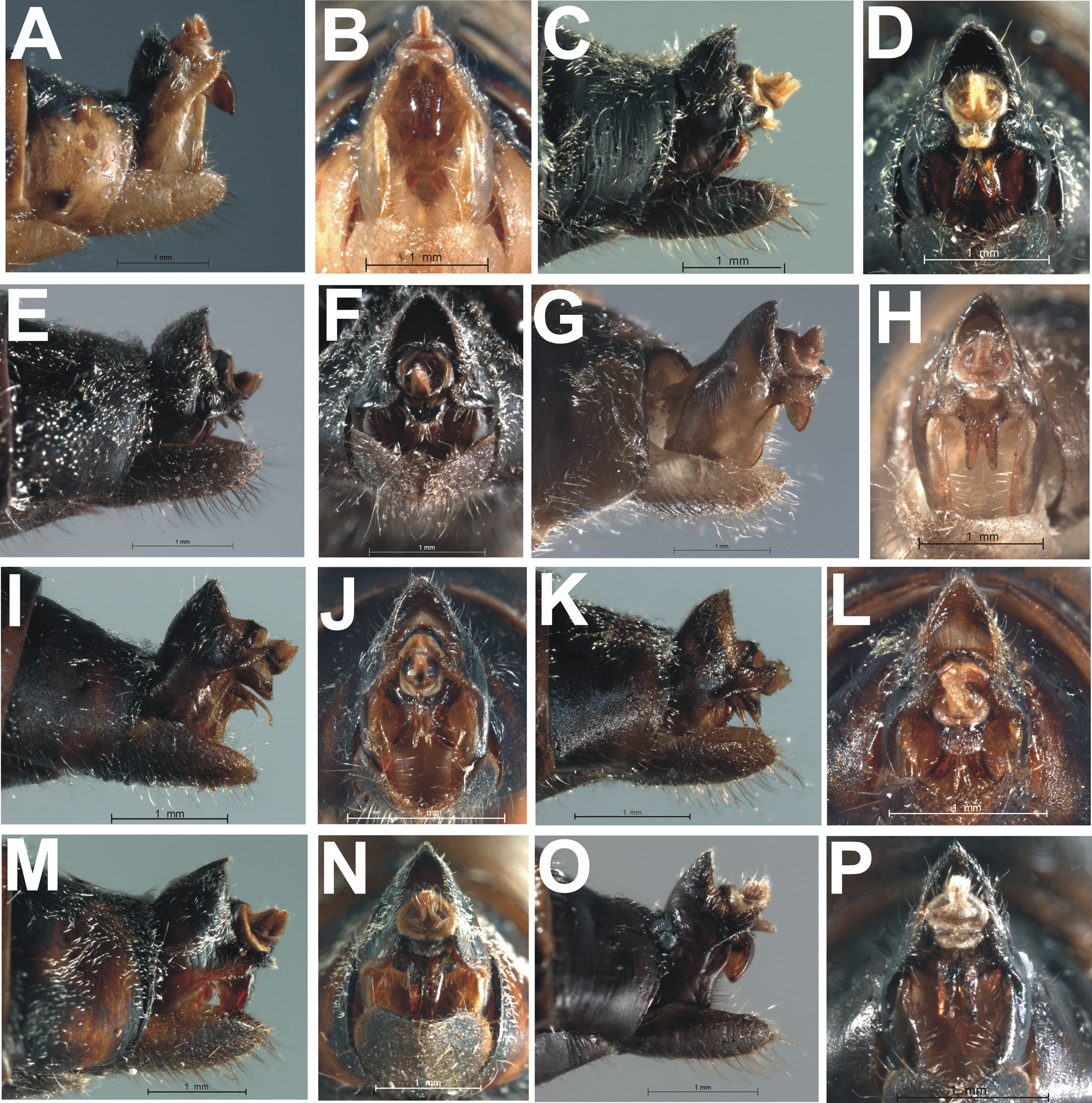 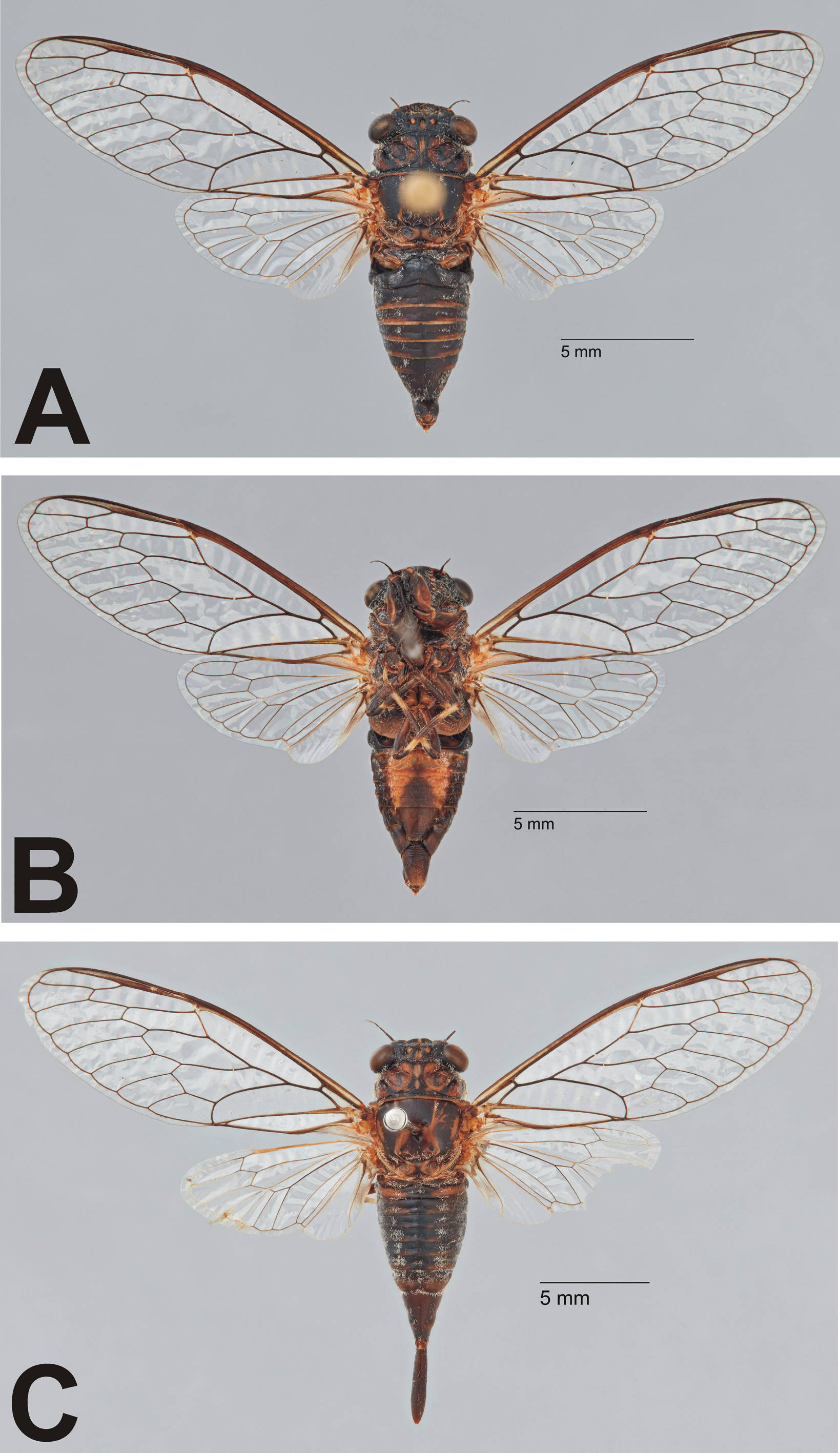 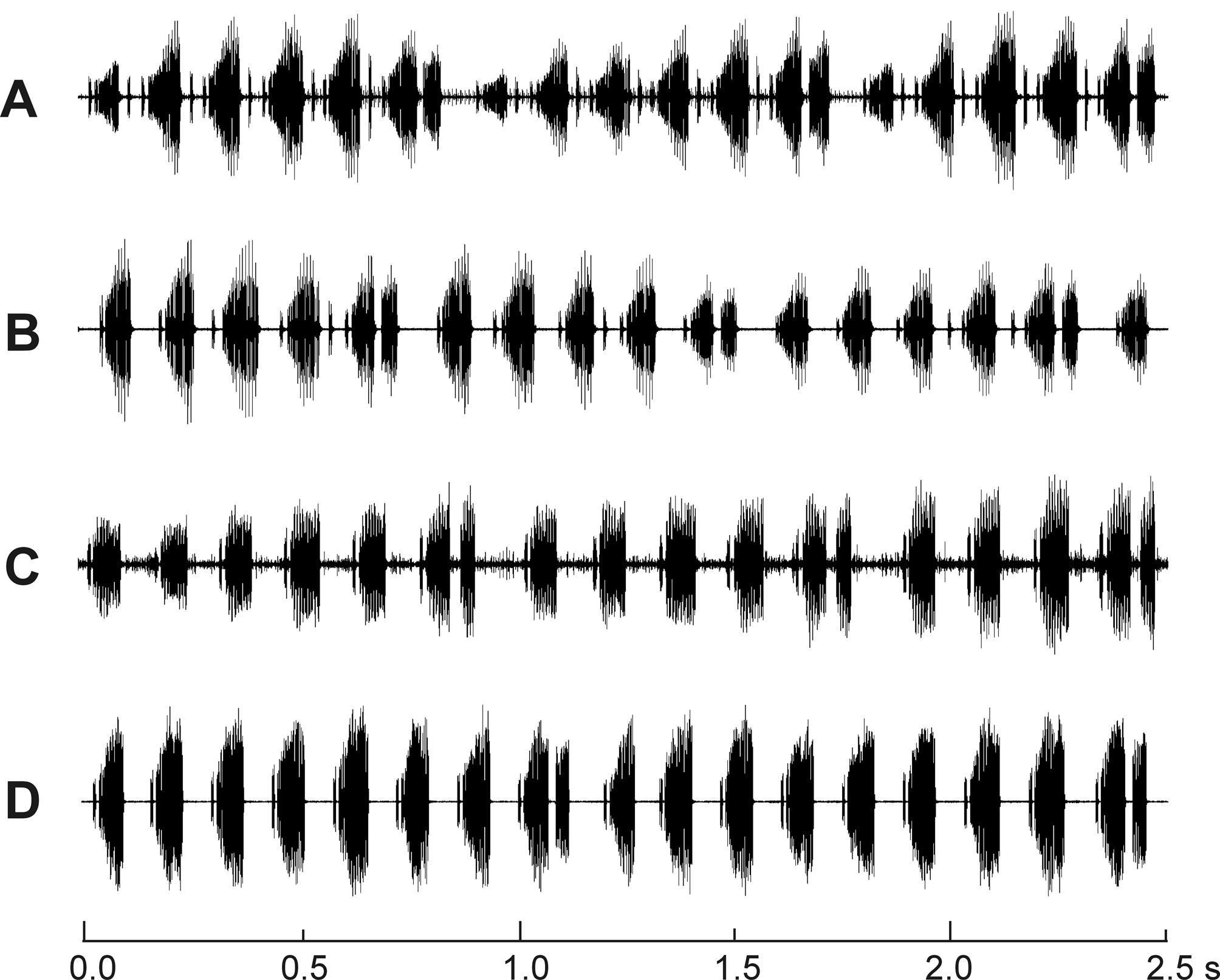 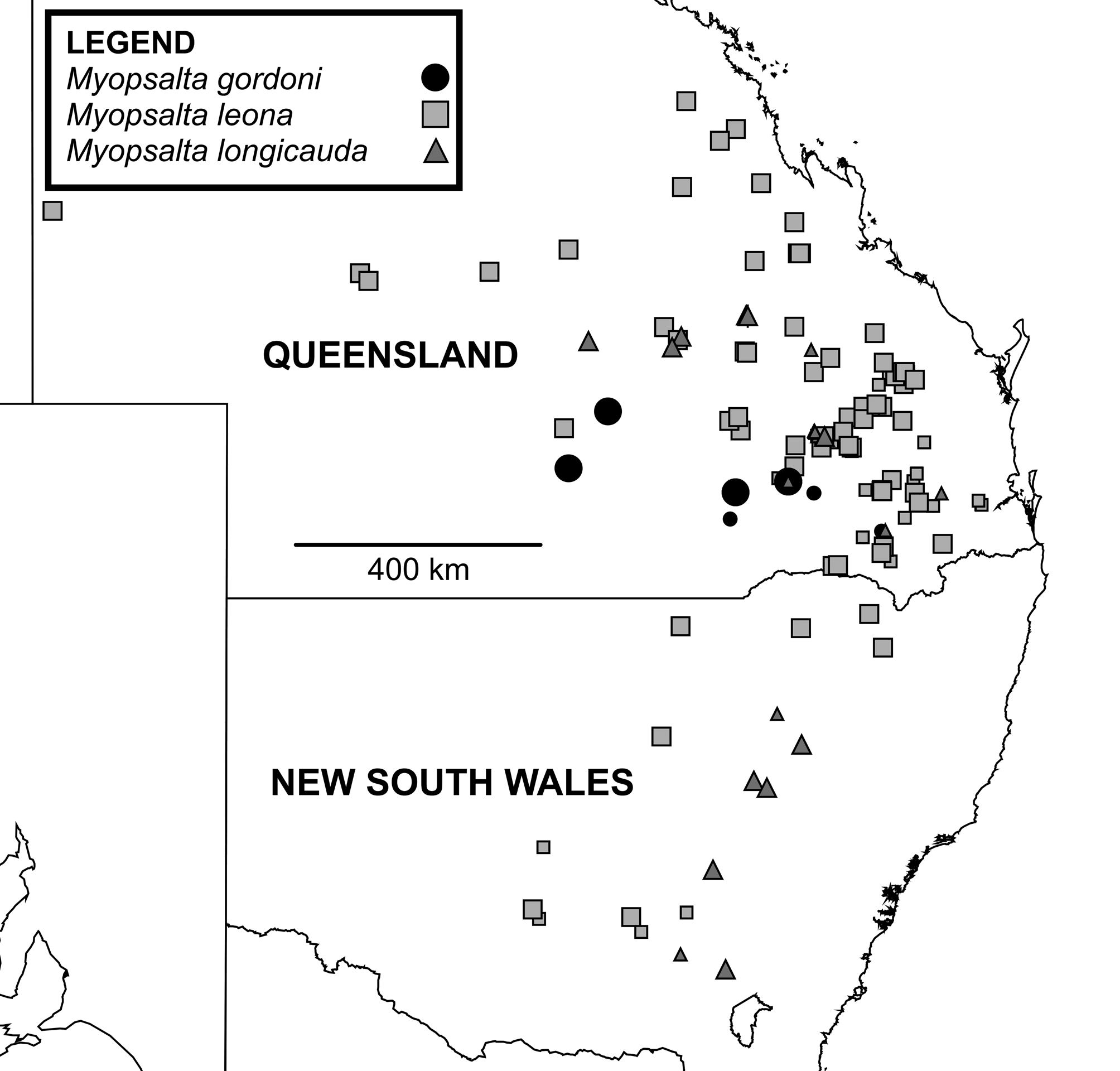