Remarks. The shell surface of the two specimens examined is corroded ( Figure 8E View FIGURE 8 ) and at first, it seems that it presents a sculpture of axial lines, like some species in the genera Melanella Bowdich, 1822 and Niso Risso, 1826 . However, this is an artifact as examined in SEM and there are only incremental scars ( Figure 8E View FIGURE 8 ). The general shape and the aperture are more similar to Eulima s.s.

Eulima sp. 1 can also be distinguished from Eulima incolor ( Figure 5F, G View FIGURE 5 ) by the brownish spiral band on the protoconch, which is not present in E. incolor , and by the presence of several incremental scars on the teleoconch, while Bouchet & Warén (1986) described that E. incolor does not present any incremental scar on the teleoconch.

Despite the differences mentioned above, we refrain to name Eulima sp. 1 as a new species because of the almost inconspicuous features of the species. Most species of Eulima s.s. are very similar to each other, especially those that do not have a colored teleoconch and we prefer to leave this species undescribed until more samples become available. 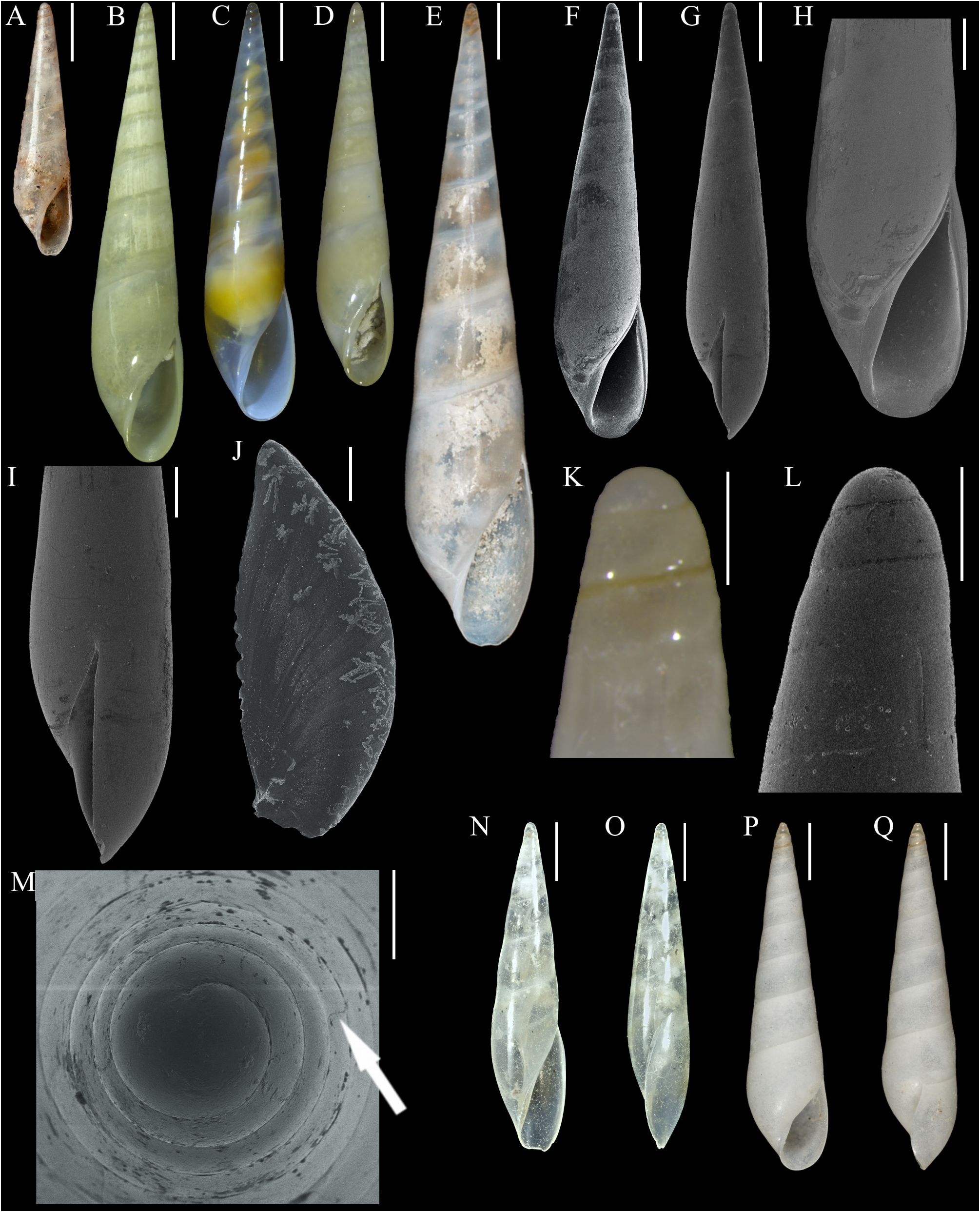 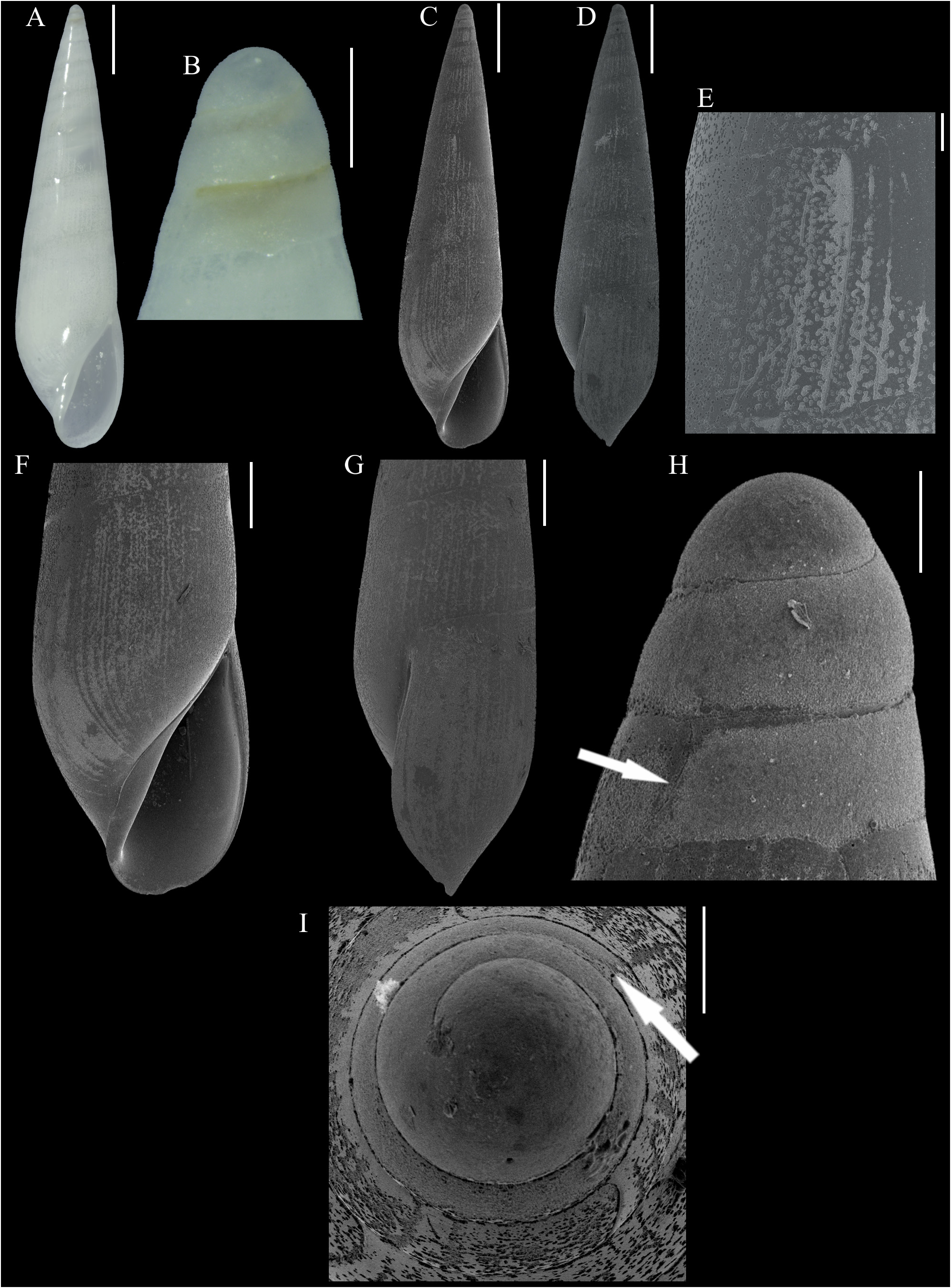