Remarks. Table 1 shows morphological features of eight Polyophthalmus   species present in the Indian and Pacific oceans, including P. pictus   from the Mediterranean for comparison. Polyophthalmus mauliola   sp. nov. is unique among all congeners by the presence of a minute, digitate ventral cirri in all segments and enlarged interparapodial ciliated sensory lobes on the very posterior segments. These lobes can be interpreted as interramal papillae because they emerge in between notopodial and neuropodial chaetae that are clearly separated and covered with sensory cilia. The distribution of the segmental eyes from chaetigers 7–17 is similar to what have been reported for P. australis   and distinct from P. ceylonensis   (ch. 7–15), P. qingdaoensis   (ch. 7–18), and P. striatus   (ch. 5–16).

The body pigmentation has extensively been used to separate Polyophthalmus   species but preserved specimens of P. mauliola   sp. nov. have shown some variability from completely unpigmented and translucent to presenting transverse bands across dorsum. This is mostly due to fixation and preservation techniques, so the use of pigmentation to separate species should be done with caution and based on live material, if possible. Kükenthal (1887) presented illustrations of two species with distinct pigmentation, P. ceylonensis   and P. striatus   . While P. striatus   had complete transverse bands of dark brown color across the dorsum along the entire body, P. ceylonensis   only showed transverse bands on anterior five segments and patches of dark brown pigments on the dorsum from mid- to posterior segments. Purschke et al. (1995) showed that P. qingaoensis   presented pigmented spots on the brain region of the prostomium in addition to dorsal ribbon-like spot of red pigments in most segments of live specimens.

……continued on the next page

Etymology. The epithet of this species refers to the Hawaiian term Mauli-ola meaning breath of life, power of healing and also a God of health. Mauliola was also the name of Sand Island, a small island near the type locality of this species in Mamala Bay that was used as a quarantine station in 1869 (also known as Quarantine Island).

Distribution. The type locality is in Mamala Bay, south shore of Oahu, Hawaii. This species has also been collected in Waianae, Kaneohe Bay, Waikiki, Pearl Harbor (Oahu) and Halape (Big Island) from 27–56 m depth in sand and coral rubble. 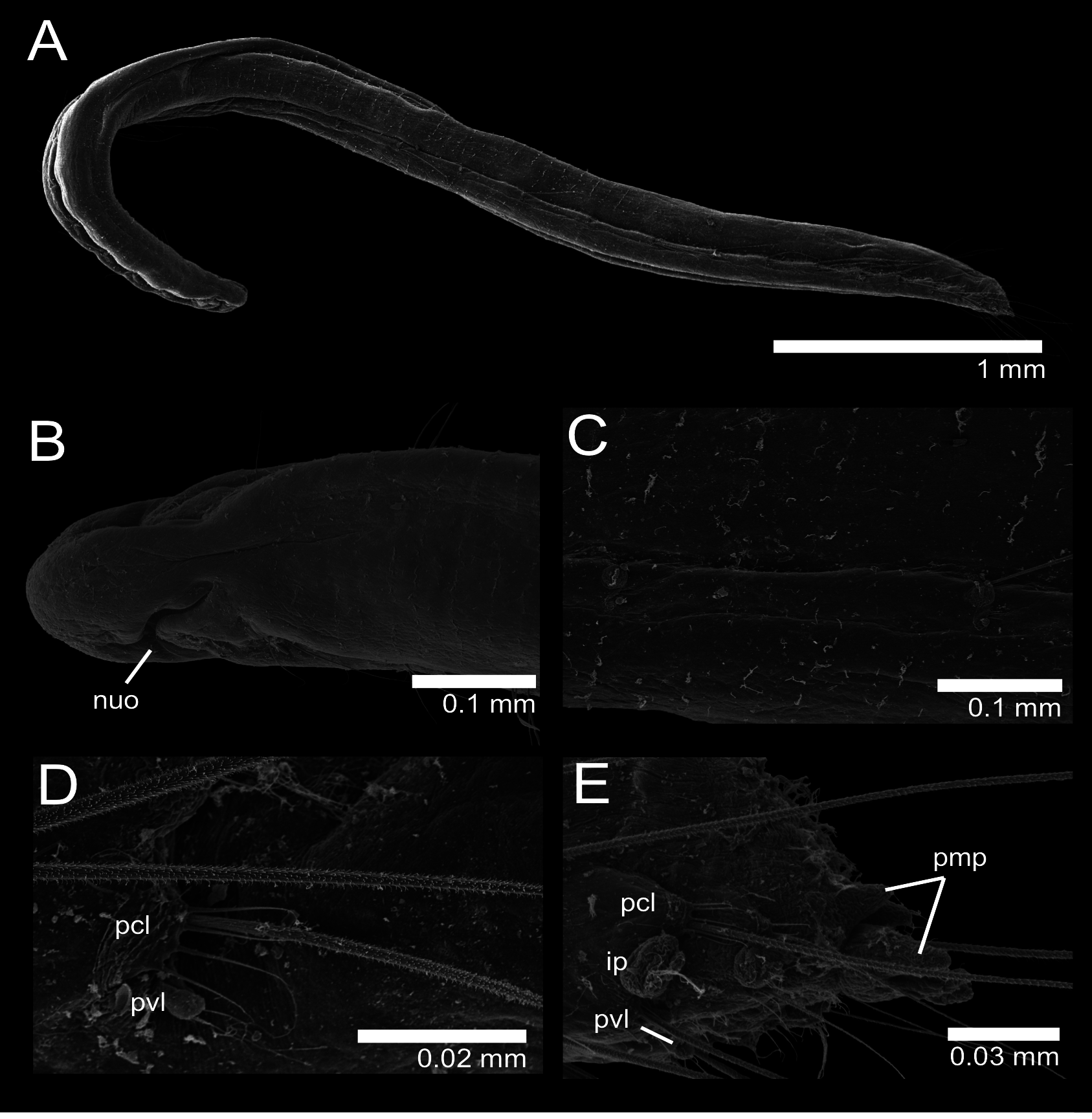