Variation. Little variation was observed among specimens, mainly in pronotal and elytral coloration and in elytral maculae which are stronger in some specimens from Brazil.

Habitat. Type specimens were collected from subtropical moist forest ( Miller 2016). Specimens from Brazil were collected in a shaded forest stream, at 107 m a.s.l.

Discussion. According to Miller (2016) this species has indistinct pale areas on elytra. However, we examined the holotype and the single paratype of H. latotibialis   and found that the elytra have pale, somewhat diffuse but distinct yellow maculae basally, laterally, subapically and at apex, similar to H. maculatus Miller, 2016   . Hydrodessus latotibialis   is similar to H. maculatus   , H. phyllisae Spangler, 1985   and H. tenuatus Miller, 2016   but differs from these species in the shape of the male median lobe, which in lateral view is medially evenly and broadly curved, subapically strongly narrowed, then sinuate to sharply pointed apex; in ventral view with lateral margins slightly divergent to broadened apical third, then converging towards apex. In addition, H. latotibialis   differs from H. maculatus   , H. phyllisae   and H. tenuatus   in having the apices of metaventrite carinae located well mediad to the anterior apices of metacoxal lines (metaventrite carinae and metacoxal lines approximately continuous in those species). The distance between the type locality from Peru and the new record from Brazil is surprising but not uncommon, since a similar distribution pattern is observed in other Hydrodessus   species (e.g. H. keithi Miller, 2016   ). 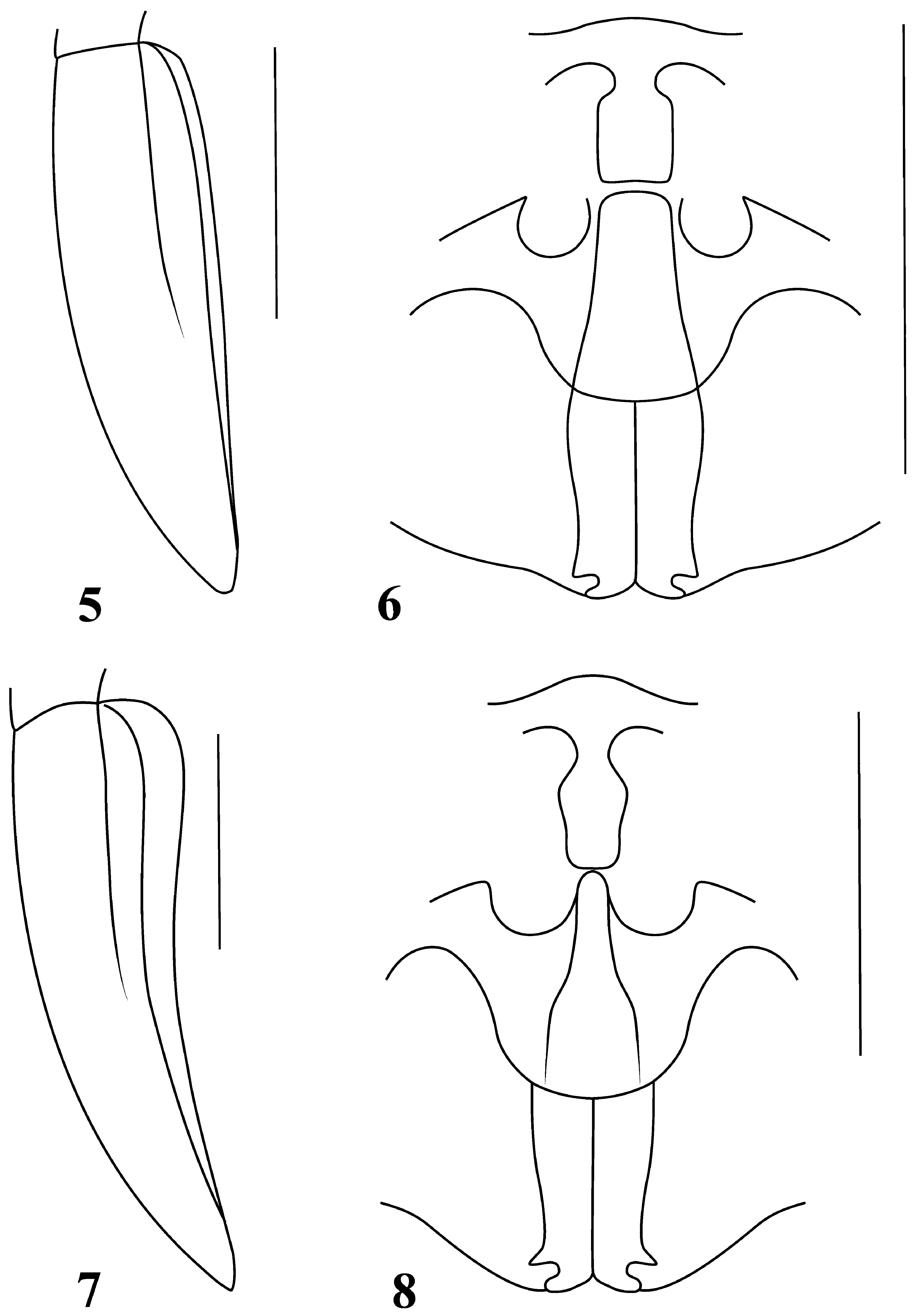 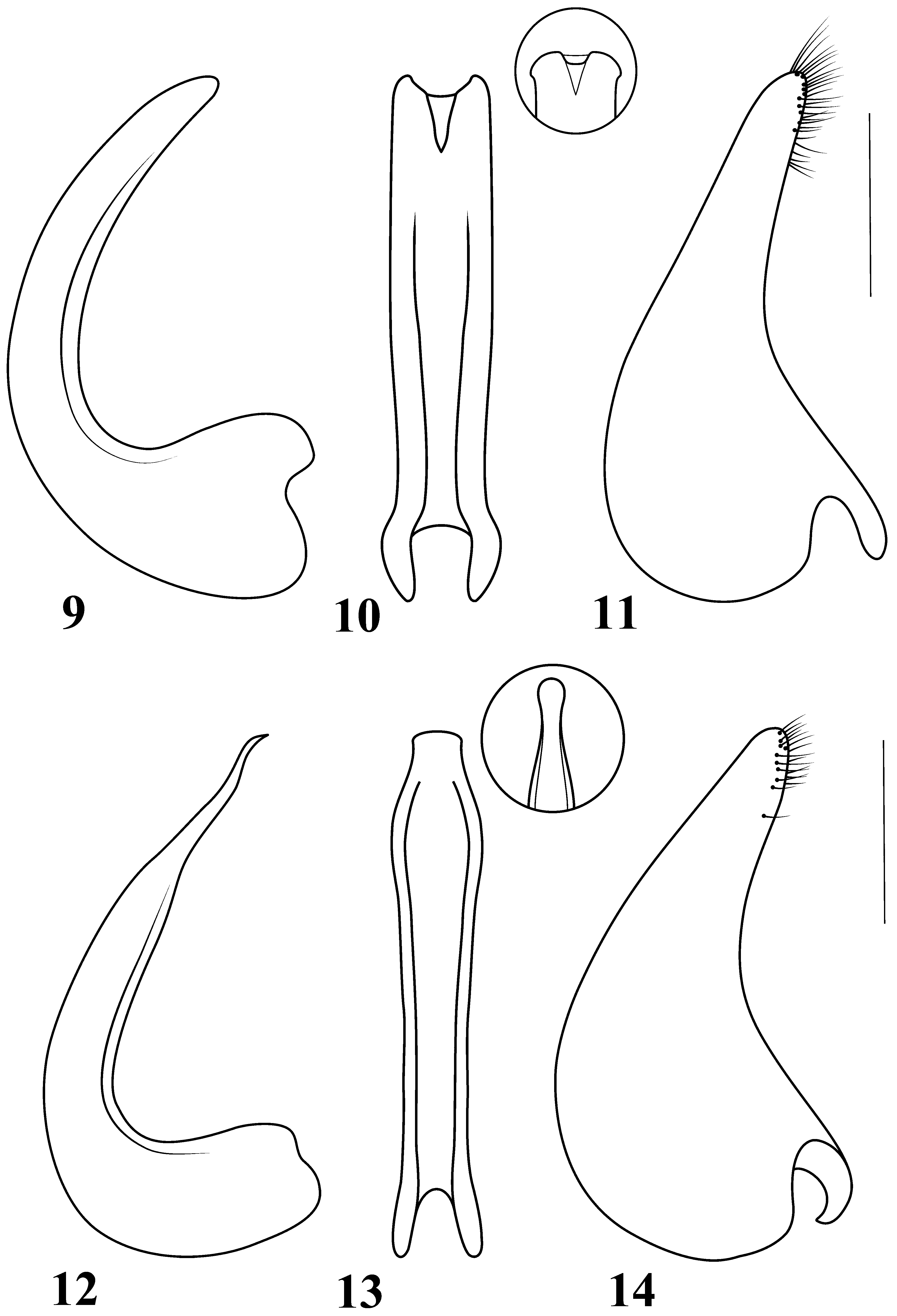