Diagnosis. The keys for the Cerambycidae   of Puerto Rico ( Micheli 2010), Lesser Antilles ( Chalumeau and Touroult 2005), Cuba ( Zayas 1975), and North America ( Linsley and Chemsak 1995) were used in an attempt to assign this species. The absence of pronotal calli and lateral tubercles demonstrate an affinity to Lethes Zayas   (formerly known only from Cuba and recently reviewed by Devesa et al. 2017), and distinguish it from all other acanthocinine genera in the Greater Antilles. This species is distinctive by the distinctly paler pubescent apical elytral third, and otherwise mostly dark brown integument. The single known specimen is also smaller than all other known specimens of Lethes   which are 7–9 mm in length, with the exception of the recently revalidated L. israeli Zayas   , which is similar in size ( Devesa et al. 2017).

Head: Integument mostly dark reddish-brown to nearly black on genae and light reddish-brown on occiput, covered throughout with appressed, ochraceous pubescence, with exception of a narrow, median-frontal line extending from frontoclypeal margin to occiput. Antenna: covered with dense, appressed, pale, light brown and dark brown pubescence; scape, pedicel, and antennomere 11 mostly dark brown, antennomeres 3–10 with dark brown apices. Antennae longer than body, extending beyond elytral apices by nearly 5 full antennomeres. Antennomere 3 longest, slightly longer than scape, 4–7 successively decreasing in length, each much shorter than 3, 7–11 subequal in length to one another. Scape extending just beyond middle of pronotum. Eye: small to moderate sized, lower lobe slightly taller than height of gena below it; nearly twice thickness of upper eye lobe; lobes connected behind antennal tubercle by 5 rows of ommatidia at narrowest point. Upper eye lobes separated by nearly twice the basal width of scape. Mouthparts: frontoclypeal margin with sparse fringe of long, translucent setae, some of which extend beyond apex of labrum. Clypeus orange, darker at base, mostly glabrous, with a few long, translucent setae extending at sides to base of labrum. Labrum orange, darker at base, with sparse short and long, translucent setae. Mandibles prominent and extending considerably below and to sides of labrum, with basal and apical thirds dark brown and middle third reddish-brown.

Etymology. The epithet turnbowi   is a patronym for the collector, Robert H. Turnbow, Jr., who has discovered many interesting longhorned beetles over his career.

Remarks. Lethes Zayas   was formerly known only from Cuba and was represented by three species. Hispaniola and the Dominican Republic represent a new island and country record, respectively, for the genus. 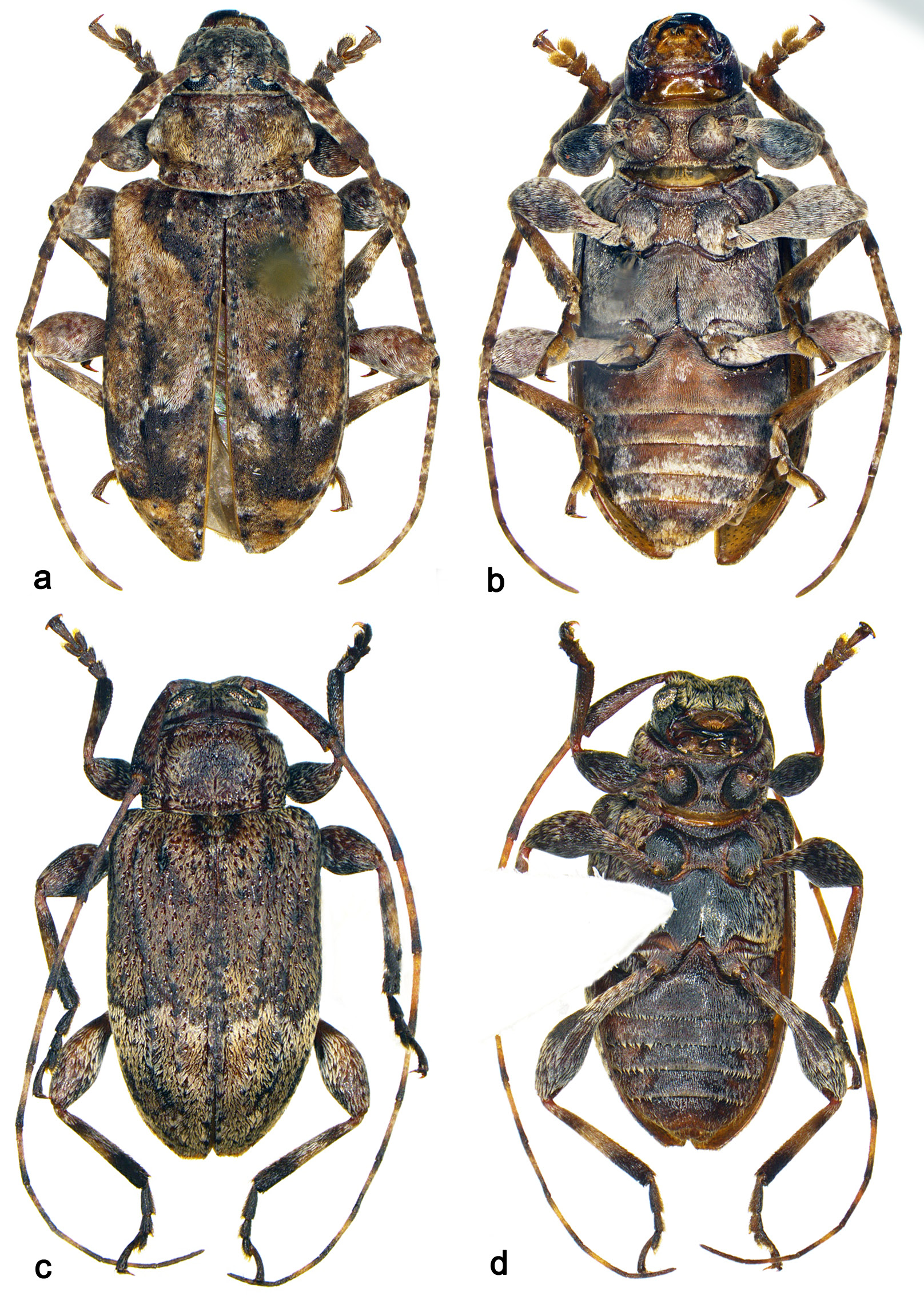