ECOLOGY AND DISTRIBUTION. — Acryptolaria operculata has been collected from depths between 98 and 980 m (El Beshbeeshy1991).Its confirmed known distribution includes sub-Antarctic waters of the Patagonian shelf ( Stepanjants 1979; El Beshbeeshy 1991). Our material originates from the Norfolk Ridge area where it was collected at depths between 470 and 965 m, living epibiotic on corals.

See Peña Cantero et al. (2007) for an extensive discussion of this species, mentioning also the presence of a one-flap operculum in the hydrothecae. These authors characterized the species by the size and arrangement of the hydrothecae.Although there are other species of a similar size (e.g., A. infinita n. sp.) and with hydrothecae arranged in two planes making an obtuse angle (e.g., A. tortugasensis ), the combination of these characters with others such as the shape of the hydrothecae and the size of the nematocysts, makes this species easily identifiable.

Peña Cantero et al. (2007) included into this species the material assigned to Acryptolaria patagonica by Watson (2003) and Vervoort & Watson (2003) on morphological and dimensional grounds, since no information concerning the cnidome was provided by those authors. However, in the light of the diversity shown by the genus, we consider wiser to regard those records as doubtful, waiting for the study of the cnidome. 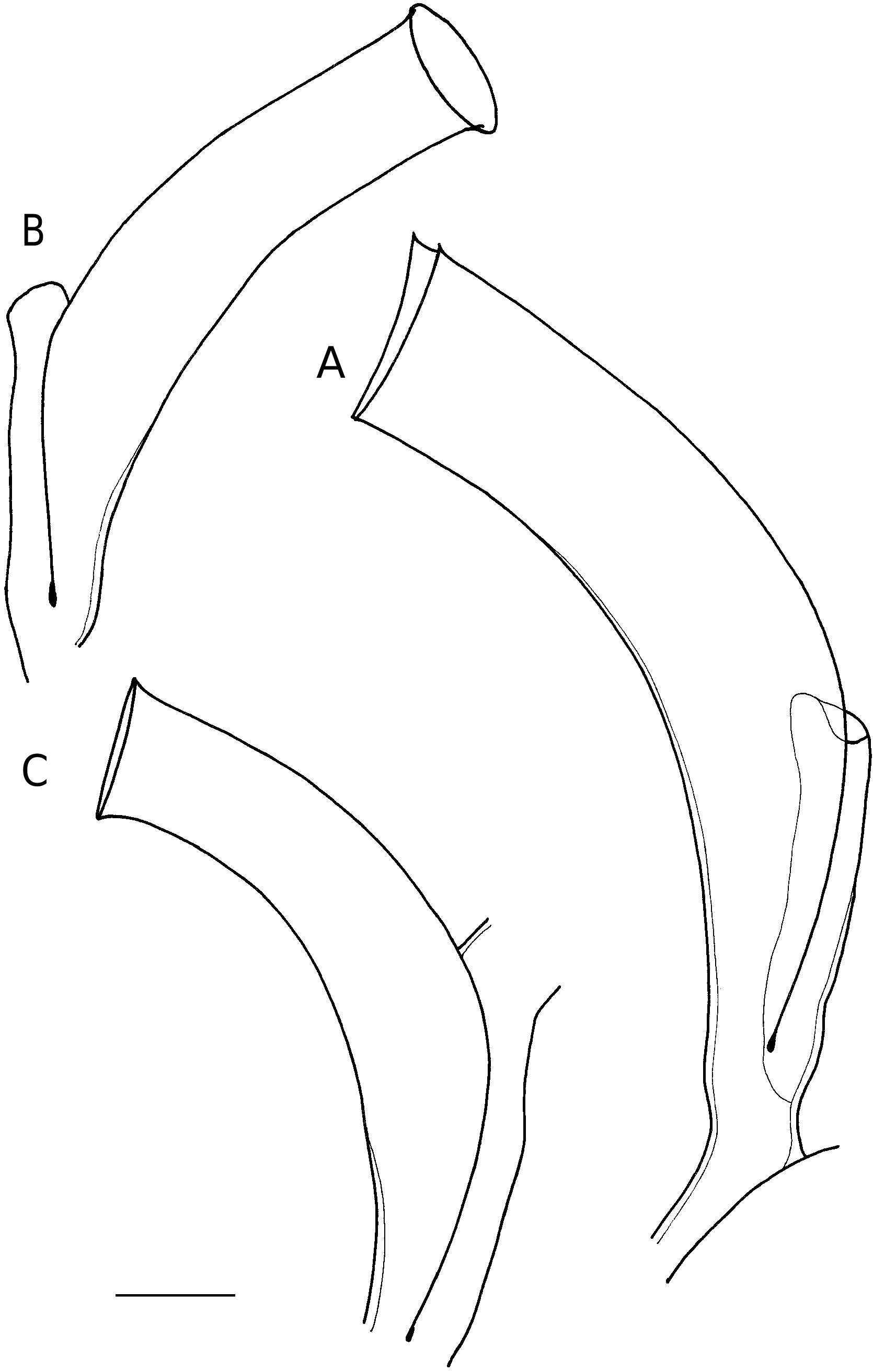 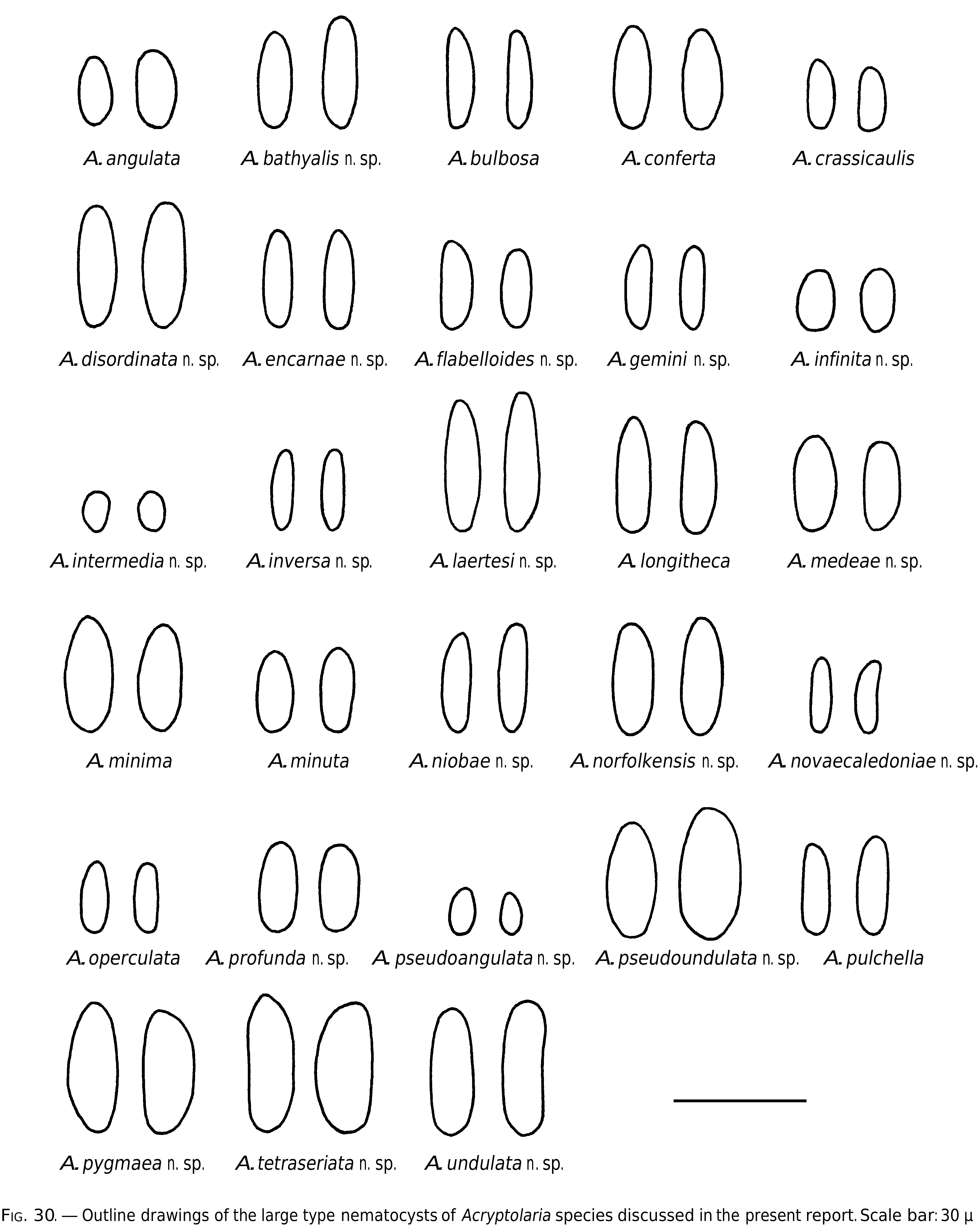