Etymology. The name refers to the type locality. To be treated as feminine in gender.

Remarks. The type species of Trite  , T. pennata Simon, 1885  is a fissident spider allied to Opisthoncus ( Patoleta 2014)  , while ‘ Trite  ’ vulpecula  is a unident spider with quite distinct palp morphology and is misplaced in Trite  . The only known specimen of the species was found on Cape York.

Diagnosis. Capeyorkia  may be compared with Thyene  , Evarcha  and Trite  . In dorsal view, Capeyorkia  has some superficial resemblances to Thyene concinna  and Evarcha longula  in body shape and in the presence of striae [compare for example Fig. 67View FIGURES 67 – 76 with T. concinna  (as Gangus concinnus  ) in Davies & Żabka (1989, fig. 53) and E. longula  ( Figs 87–91View FIGURES 87 – 94)]. In Trite  the cephalothorax is pear-shaped and without striae ( Patoleta 2014). The palp morphologies also differ in the three genera. In T. concinna Davies & Żabka (1989, fig. 53)  show the embolus wrapped twice around the round tegulum and the presence of a large tegular apophysis while the male palp in Capeyorkia  ( Fig. 71–75View FIGURES 67 – 76) has a long thin embolus forming a clockwise (left palp) semicircle around the almost perfectly circular tegulum without a proximal lobe, and a medium sized, twisted, tibial apophysis. The palp in E. longula  has a different morphology ( Figs 95–97View FIGURES 95 – 100) with a large proximal lobe, bifurcate tibial apophysis and a very short stubby dorsally placed embolus. Trite  also has an elongate thin embolus placed on the distal edge of a narrow tegulum, slight proximal lobe and a small pointed apophysis ( Patoleta 2014).

Description. A large spider (10 mm) with a long, relatively narrow, abdomen ( Figs 67, 68, 70View FIGURES 67 – 76). Chelicerae are unident in pattern with two small promarginal teeth and one small retromarginal tooth. The endites are large with a distinctive wing shape ( Fig. 62View FIGURES 58 – 66). Leg 1 is longest, followed by leg 4, then leg 3 and finally leg 2. Leg 1 has some fringing on the dorsal surface of the femur. The palp ( Figs 71–75View FIGURES 67 – 76) is brown. The tibia has a single short blunt apophysis, twisted in the last third. The tegulum is round without a proximal lobe. The long thin embolus has an origin on the posterior edge of the round tegulum and forms a clockwise half-circle around it (left palp). 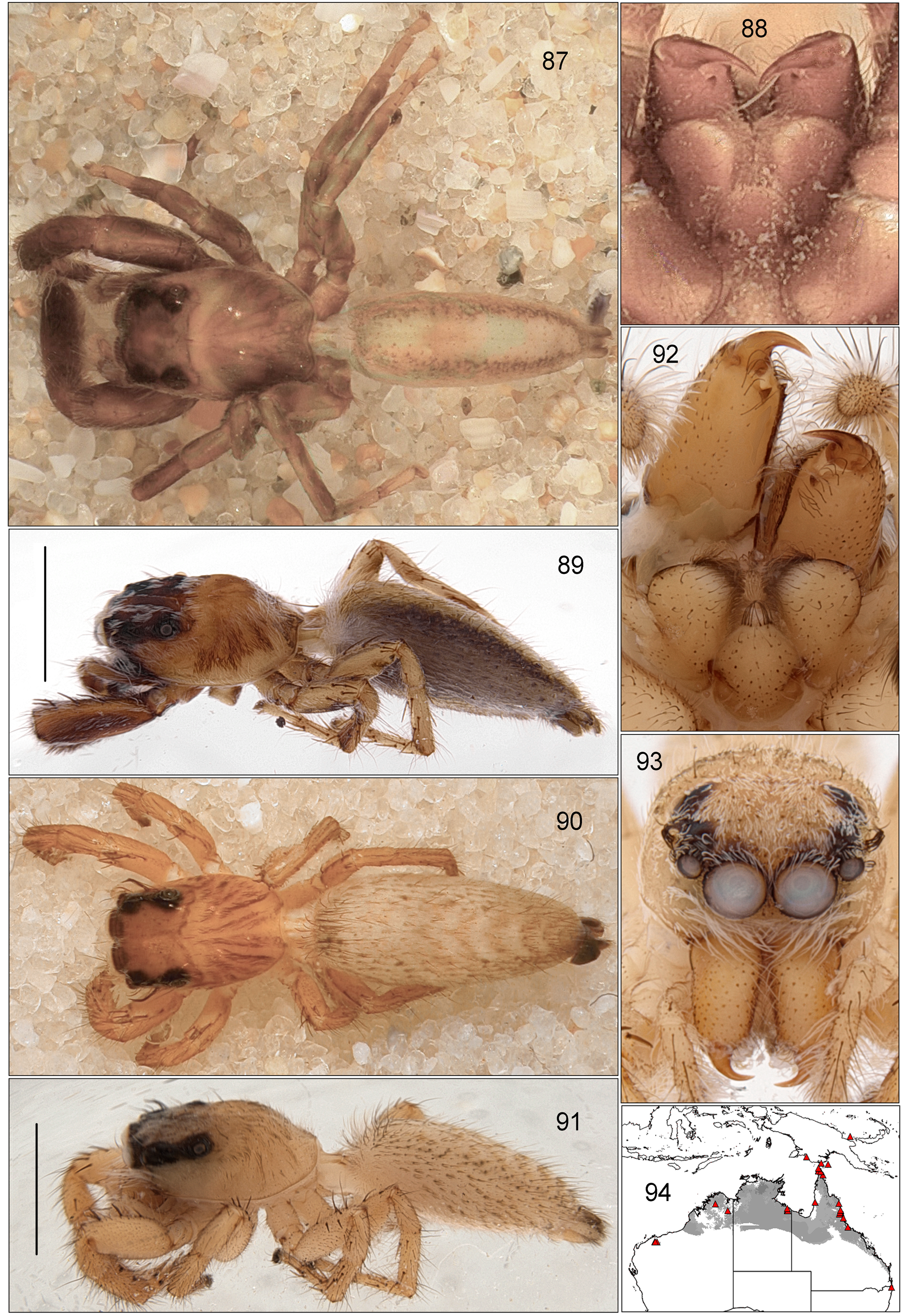 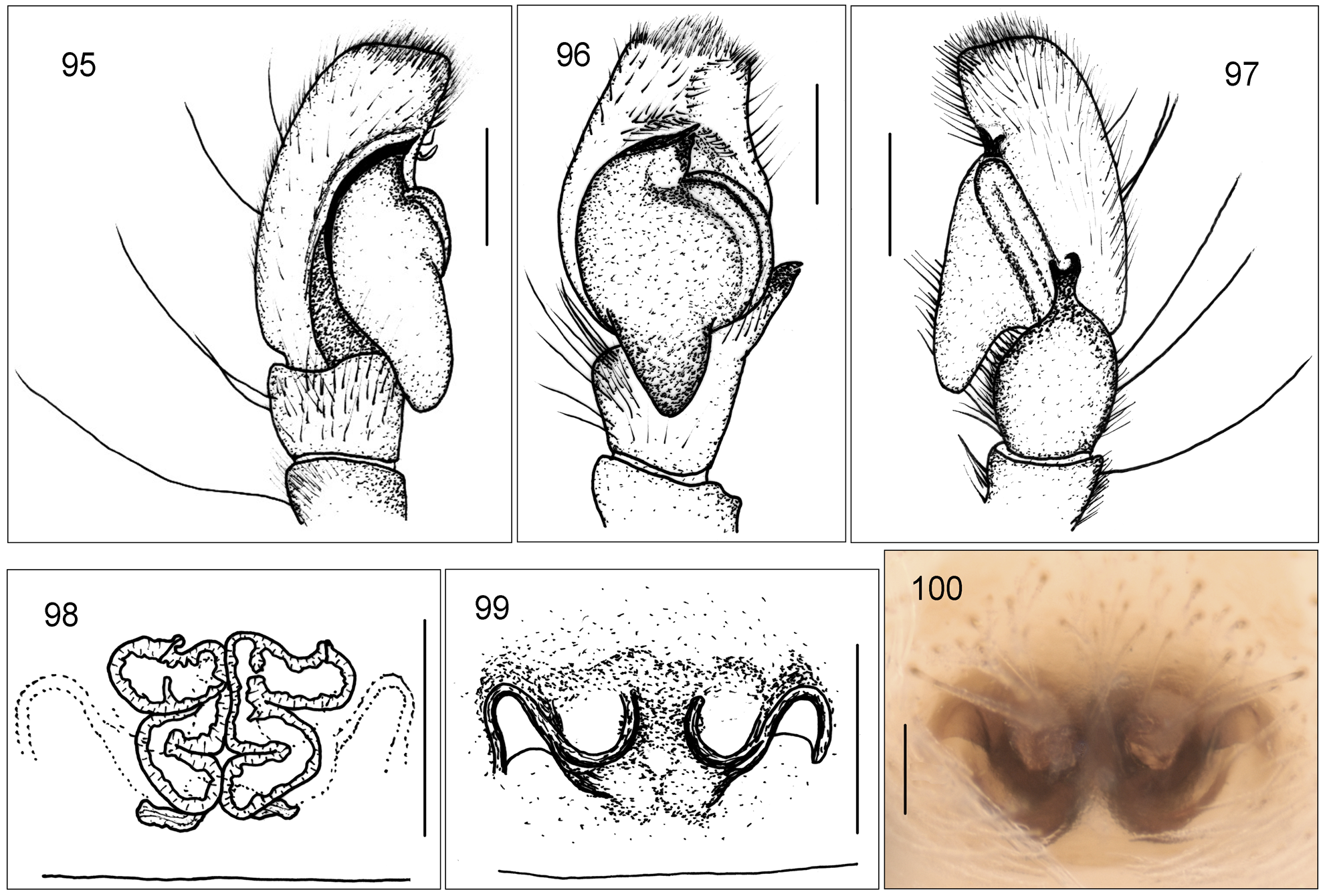