This species is close to H. saranganica Ulmer   from Java, from which it differs by having sharply triangular apicolateral lobes on segment IX, not rounded-triangular; the reduced pair of dorsoapical processes located near the intersegmental lateral profile, which are well developed in H. saranganica   ; the ventral corner of the basal part of each harpago is rounded, not angled in lateral view; and the terminal sclerotized spines of the dorsolateral membranous endothecal processes originating from a broad basal plate, and not forming short spines originating from the membrane.

Etymology: Pulakita, “bristle” in Sanskrit, referring to the strong bristles present on the apicolateral lobes of segment IX. 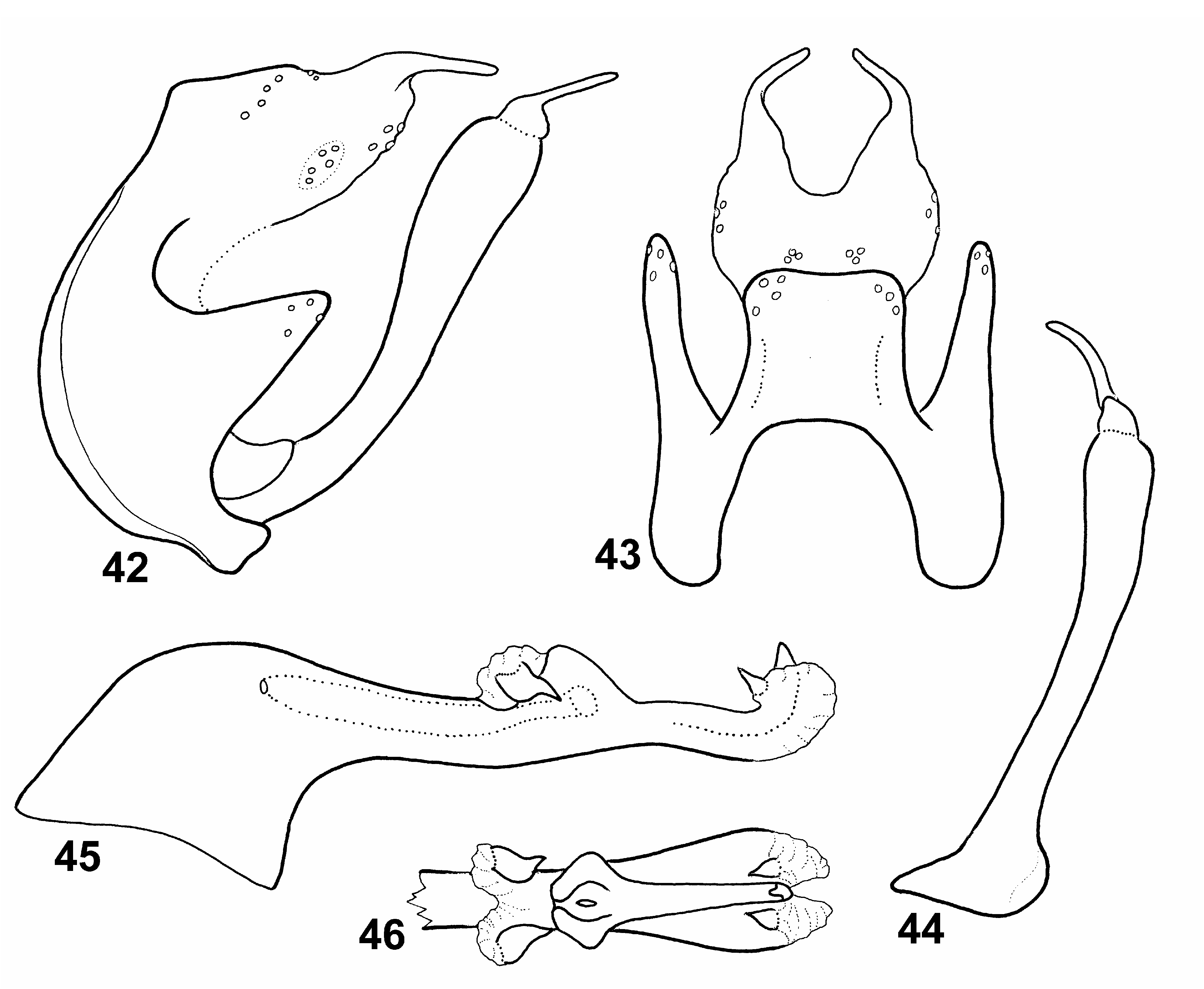