Discussion. Despite the large geographical distribution of Rh. bimaculata   , there is not a figure of this species in the literature. Therefore, an image of its holotype deposited in SDEI is presented here ( Figs. 1–2 View FIGURES 1–5 ).

It is necessary clarify that, in the original description, Breddin (1914) stated that the holotype was from “ Ecuador (Palmas)”. This piece of information was repeated by Gaedike (1971) in her catalog of the types of Heteroptera   deposited in SDEI. However, in the label it can be clearly read “–Palmar–/(Ecuad.)” ( Fig. 2 View FIGURES 1–5 ). Palmar is a locality by the sea in Ecuador, with a beach, while “Palmas” is another locality, far from the sea. The difference in transcribing the last letter is apparently a typographical error; the type locality is therefore corrected from “Palmas” to “Palmar”, according to the International Code of Zoological Nomenclature (ICZN, Ride et al. 1999) (e.g., Recommendation 76A.2). 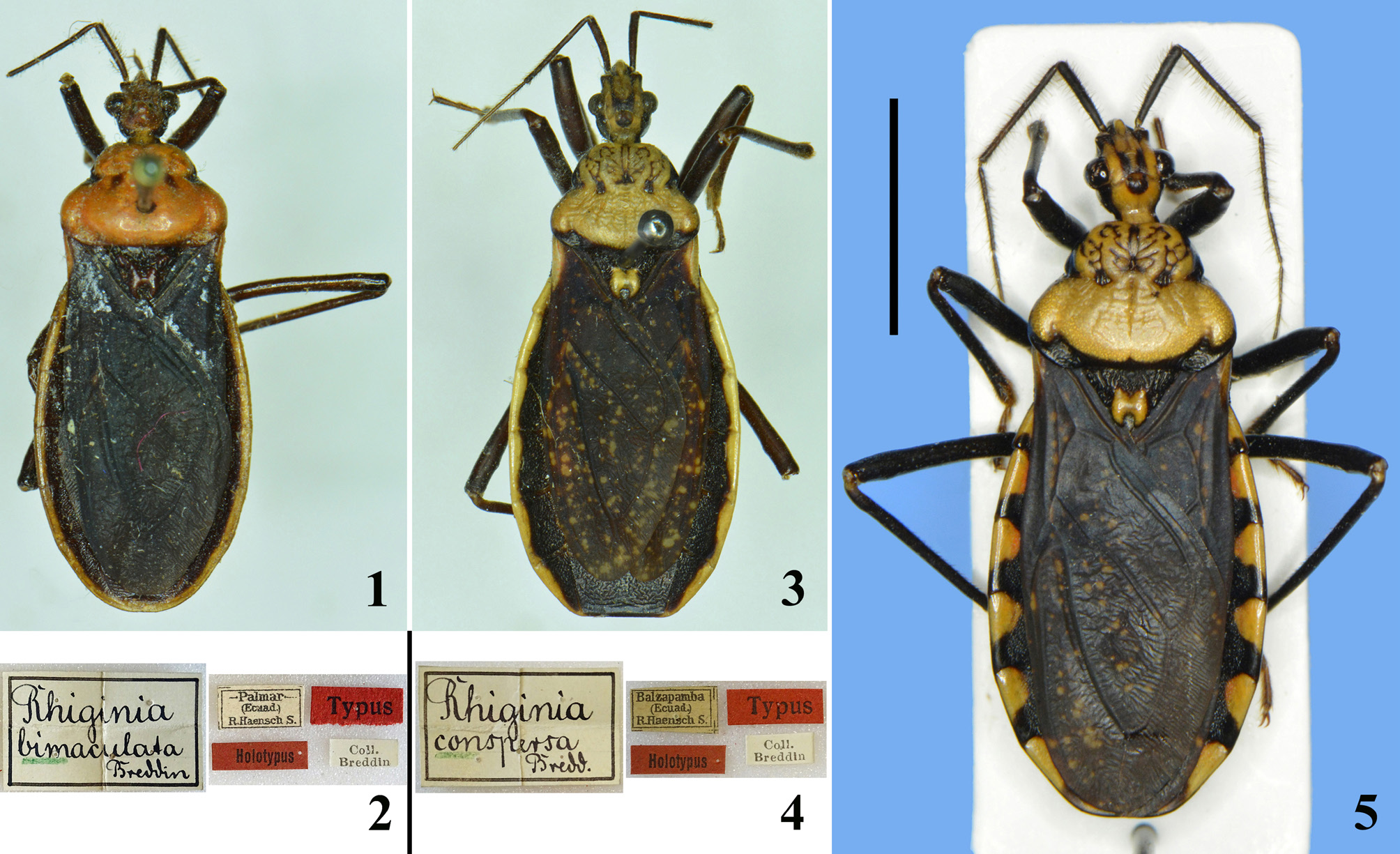