Etymology. The specific epithet " grandis   " refers to its much larger size compared to species of Cairnsimyia   and Zentula   .

Of the five other heleomyzid species known from the Atherton Tableland (including the less elevated Kuranda district) only one, Diplogeomyza immaculata D. McAlpine   , appears to be endemic (D. McAlpine, 1967). Three others, Diplogeomyza tridens D. McAlpine, D.   signata D. McAlpine, and Cairnsimyia cavifrons Malloch   , extend from the Atherton Tableland southwards into New South Wales. Pentachaeta   sp. (undescribed "sp. E" in AMS) extends from Kuranda, at the northern edge of the Tableland, south to the Clarke Range-Eungella district (c. 2l01O'S), and is thus probably restricted to mesothermal areas of the tropics. Other Pentachaeta   species are restricted to temperate Australia.

Specimens from Mount Edith Road were collected in a banana baited fly trap, suspended approximately 1.5-2 m above the ground in upland rainforest. The fly trap is similar to a lobster trap, consisting of a nylon mesh cylinder, with bait suspended near the bottom. The insects are caught alive and removed from the trap using an aspirator.

Zinza   conforms to the description of the tribe Rhinotorini (D. McAlpine, 1985)   except that the arista is longplumose and inserted slightly closer to the base than to the apex of first flagellomere. Within this tribe, Zinza   belongs in subtribe 1 as characterised by D. McAlpine (1985: 232-233), although the description must be extended to include forms without scutellar setulae ( Figs 5-7 View Figs 1-7. 1 ). This subtribe includes the two other Australian genera Cairnsimyia   and Zentula   , whereas subtribes 2 and 3 include only New World taxa.

The small ventral peg on the mid femur of Zinza   has not been observed in other rhinotorine taxa, and is malerestricted. As in many other schizophoran flies, mollisetae in this genus are much less developed in females.

Hennig (1958) recorded two spermathecae for Rhinotora pluricellulata Schiner   (sic), and J. McAlpine (1987) described and figured two spermathecae for Neorhinotora diversa (Giglio-Tos)   . As two and three are both frequent spermathecal counts in Heleomyzidae   (four in some Suillia   species), and as both numbers are present in the tribes Heleomyzini   and Allophylopsini ( Hennig, 1958; Schneider, 1982; pers. obs. D. McAlpine), it is not surprising that this variation should be present in Rhinotorini   . The egg of Zinza grandis   differs greatly from those of Rhinotora   and Neorhinotora   as figured by Lopes (1935, figs 1-3).

ACKNOWLEDGMENTS. Max Moulds is thanked for his guidance and assistance during field work and Sandy Leask provided technical assistance. Daniel Bickel critically reviewed an earlier draft. This research was partially supported by a postdoctoral fellowship from the Natural Sciences and Engineering Research Council of Canada to BJS. 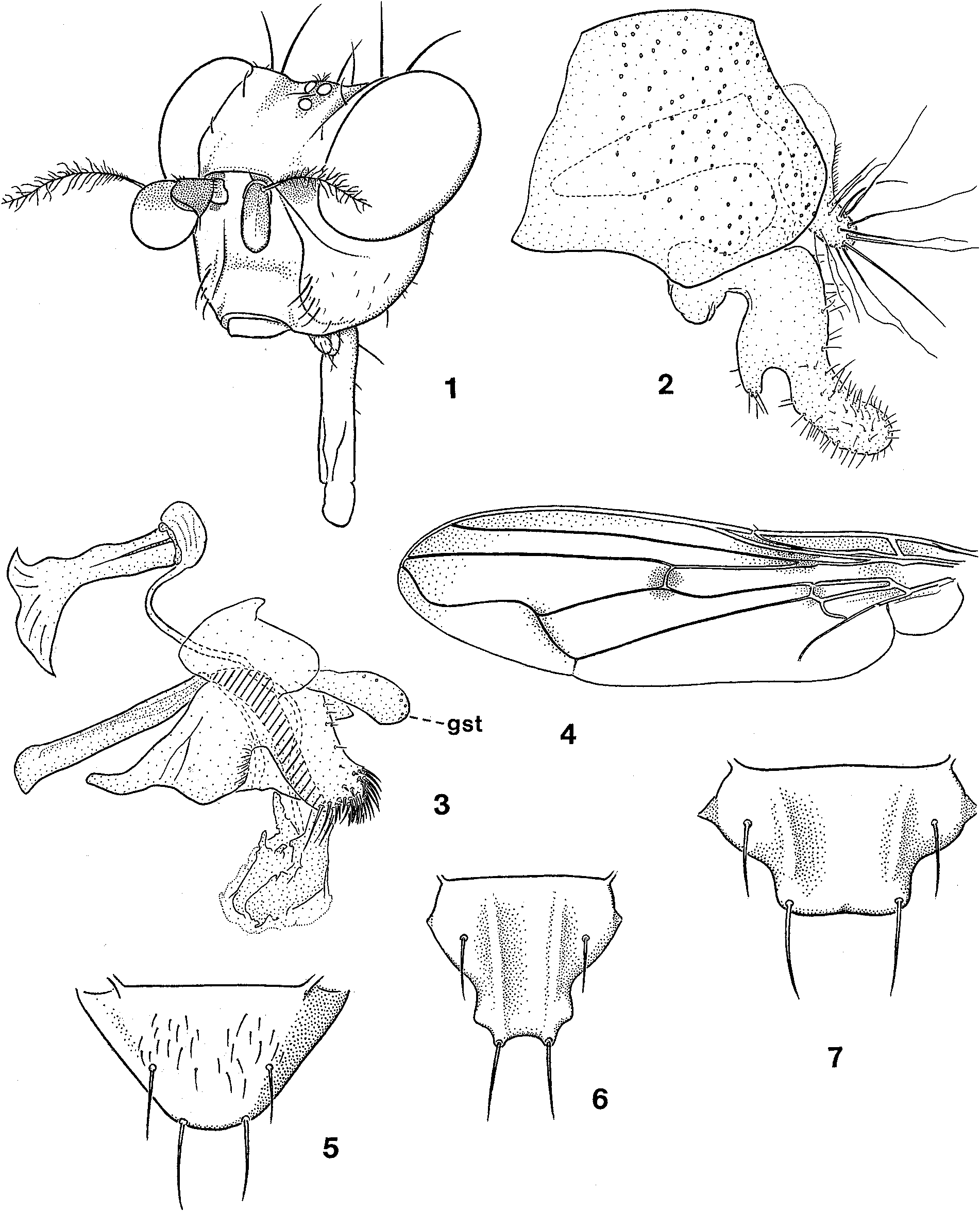 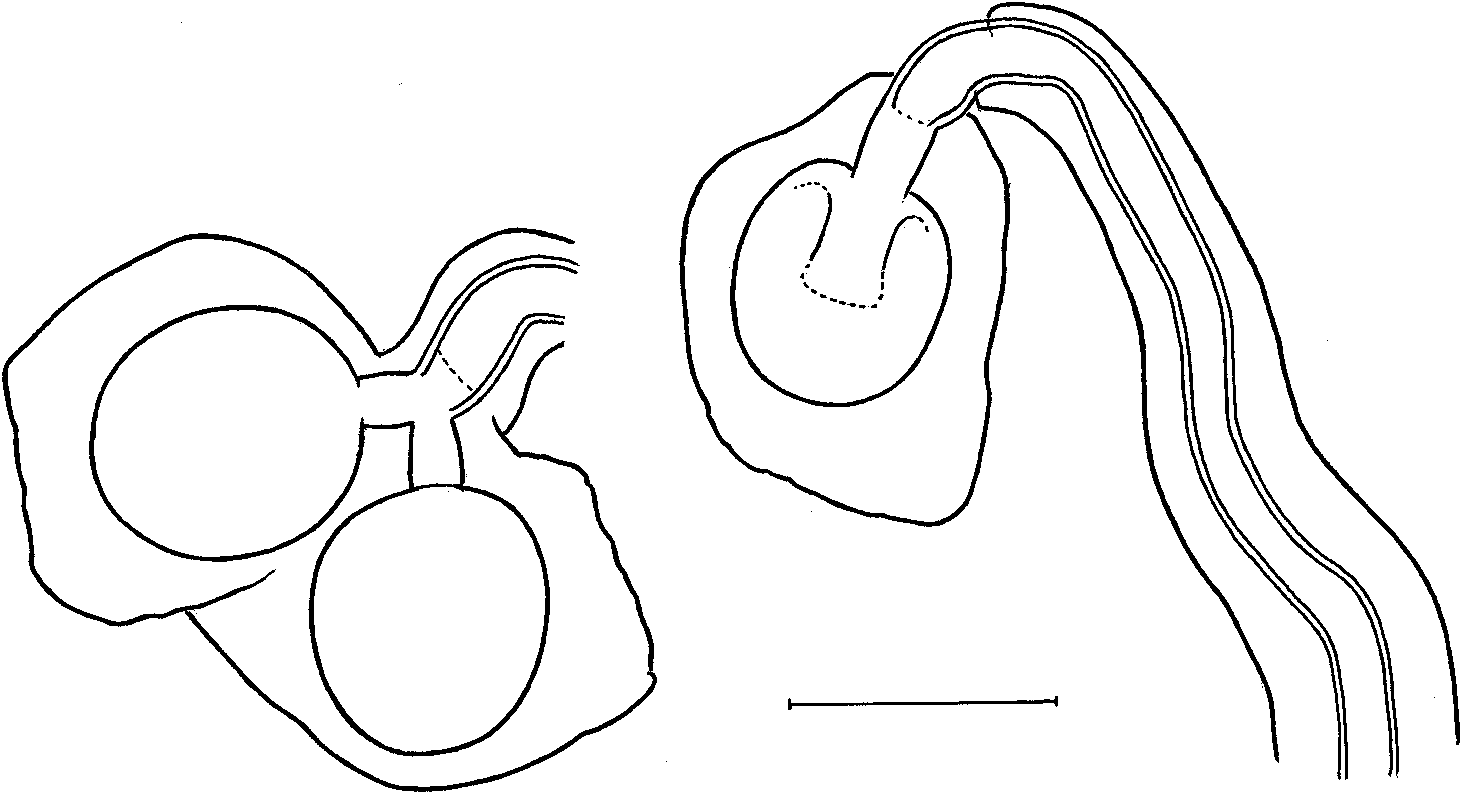