Diagnosis. Dargida phaeoneura comb. nov. is a species distributed through high-elevation grassland from southern Peru to central Argentina. Its color pattern is similar to other congeners, but from those, it is only sympatric with two: D. albilinea (Hübner) and D. amoena Draudt. Dargida phaeoneura has light brown forewing ground color, with brown strike at both sides of the CuA and with veins R 4 –CuA 2 surrounded by a thin white band, while in the other two species the strike is restricted to the posterior length of the CuA and the veins are not distinctly surrounded by white. In Dargida phaeoneura the male costal process of valva is reduced, not projected beyond apex of valva and the two ventral most setae of the corona are tooth-like, whereas in D. albilinea the costal process is large, projected beyond the apex of valva, and the ventral setae of the corona are slightly thicker than the others, but never tooth-like. The vesica of aedeagus of D. phaeoneura bears strong cornuti on the medial dorso-lateral diverticulum, while that of D. albilinea shows cornuti but not in a differentiated diverticulum. The female bursa copulatrix bears four dorsal signa in D. phaeoneura , but seven signa in D. albilinea . Dargida amoena male and female genitalia were not analyzed, remaining unknown.

Abdomen: brown, with a black thin line along pleura.

Male genitalia ( Figs 36 View FIGURES 34–38 , 41 View FIGURES 39–42 ): tegumen, ventral tegumen arm, saccus, subscaphium and transtilla as in D. radiata . Uncus cylindrical, slightly longer than tegumen, anterior half upturned, smooth and curved, distal half flattened dorso-ventrally, as an elongated drop, gradually wider then tapering to a rounded end, 0.6 times as long as wide, straight and downturned, densely covered by setae dorsally and ventrally. Valva about six times as long as wide (at widest part), wider at the base then slightly narrower, dorsal margin strongly concave at the middle, ventral margin slightly convex, disto-ventral margin rounded, dorsal limit with cucullus with a deep indentation; sacculus with meso-dorsal margin slightly squared and extending beyond base of costa and transtilla; costa uniformly narrow, dorsal margin slightly concave; costal process reduced, slightly sclerotized, not projected beyond apex of valva, fused with digitus; ampulla spear-shaped, with short hair-like setae on dorsal margin of apical half, parallel to valva, margins straight, half as long as cucullus, base wide tapering to a pointed end; clasper a small triangular projection at base of ampulla; digitus perpendicular to valva, with wide base, abruptly narrowed, then rectangular, lateral margins slightly concave and round ended, dorso-ventrally flattened, as long as ampulla; sensory plate as a small circular weak sclerotized area at the dorsal half near limit with remaining valva; cucullus 1/3 the length of valva, dorsal and ventral margins strongly concave, proximal half narrow, increasing in width distally, distal half anvil-shaped, twice as wide as the mid width of valva, corona uniseriate, extended throughout apical margin, with the four ventral setae wider than the others and strongly sclerotized, two ventral most setae tooth-like. Fultura inferior as an inverted club, base equilatero-shaped, slightly wider than uncus, followed by a uniformly narrow prolongation.Aedeagus thick, as long as valva, sinuous in lateral view, straight in dorsal view; opening of the ejaculatory bulb about anterior fourth of the aedeagus length; carina smooth, about 1/4 the aedeagus length, distal margin oblique in lateral view, dorsally with a short, pointed projection; ventral projection of aedeagus slightly sclerotized, slightly shorter than carina, covered by minute spines; vesica tube-like, slightly widened in the middle, smooth on basal third then minutely spiculated, with a dorso-lateral diverticulum near base, kidney like, 1/3 as long as aedeagus, minutely spiculated on posterior half and smooth on anterior half, a second small ventral diverticulum, minutely spiculated and a third dorso-lateral diverticulum just posterior to the basal one, slightly smaller, with 10 large cornuti and about 30 smaller or thinner ones, all cornuti with sclerotized basal area, which gives the diverticulum a marbled appearance.

Etymology. Although not mentioned in the original description ( Hampson 1913), Leucania phaeoneura is probably a reference to the grayish aspect of the forewing veins of this species. The name Borolia lilloana was dedicated to Miguel Lillo, founder of the Instituto Miguel Lillo at Tucumán, Argentina ( Köhler 1947).

Distribution. Dargida phaeoneura is an Andean species ranging in high-elevation grassland areas above 2000 m from Peru, Bolivia to the Sierras Pampeanas of Argentina. In Argentina it is distributed on both sides of the Aconquija foothills in the provinces of Catamarca and Tucumán, and in the Sierra Grande foothills in the province of Córdoba ( Fig. 43 View FIGURE 43 ).

Comments. Dargida phaeoneura forewing narrow, long, and with a simplified color pattern, and the morphology of the male and female genitalia, point it close to most species previously placed by Poole (1989) in Faronta , one of the junior subjective synonyms of Dargida . Based on the aforementioned shared characters, D. phaeoneura is here combined with Dargida for the first time (comb. nov.).

In the same work, Köhler (1947) described Cirphis lilloana and in the following page Borolia lilloana . These two species were later combined with Leucania by Poole (1989), who considered the latter a secondary junior homonym of the former. However, aware about these species most probably belong to distinct genera, Poole (1989) did not propose a replacement name for B. lilloana . In fact, while Cirphis lilloana is unquestionably a member of the genus Leucania , B. lilloana belongs to Dargida . Although the genitalia of the types of L. phaeoneura and B. lilloana were not analyzed, their external color pattern are unique and cannot be mistaken for any other species in the genus, at the same time they are identical with each other; they represent the same species. Borolia lilloana (syn. nov.) is here considered a junior subjective synonym of L. phaeoneura . The new taxonomic change increases the distribution of D. phaeoneura throughout the Andes of Peru, Bolivia, and Sierras Pampeanas of Argentina.

There are some uncertainties regarding the sex of the type of Leucania phaeoneura and whether the species was proposed based on a single or multiple specimens. Hampson (1913) started the description with the female symbol, which was also handwritten supposedly by Hampson himself, in the type’s label following the name of the species. However, the end of the description mentions that the species was based on a single type male from Acopampa, Peru. Poole (1989) considered that the description of L. phaeoneura was based on a male holotype, and this information was confirmed after a personal study of the type at the NHMUK during October of 2017 (DRD, pers. comm.). Additionally, no specimen of L. phaeoneura other than the holotype was found at the NHMUK, supporting that the female symbol in the original description must likely be a mistake.

Three decades later, Borolia lilloana was proposed by Köhler (1947) based on an unspecified number of individuals of both sexes from two localities in Argentina, Siambon, Tucumán province and Barranca Larga, Belen , Catamarca province. There is a male specimen at the IFML and other at the ZSBS, both labeled as cotypus of B. lilloana . These specimens agree both with the description and with one of the type localities, and they are here considered as syntypes, the IFML specimen herein designated lectotype and the ZSBS specimen herein designated paralectotype. No additional specimens belonging to the type series of B. lilloana were located at both IFML and ZSBS . 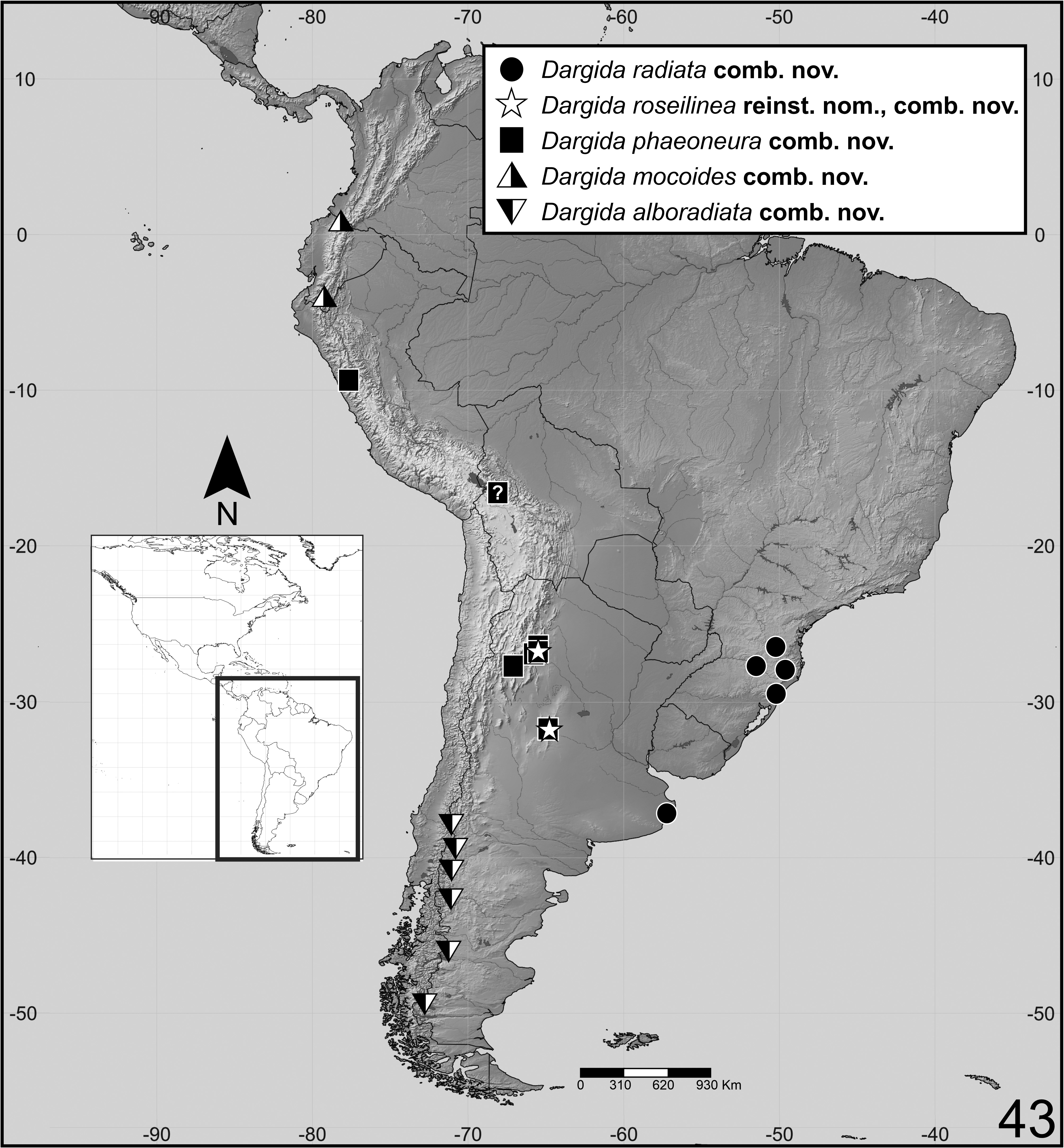 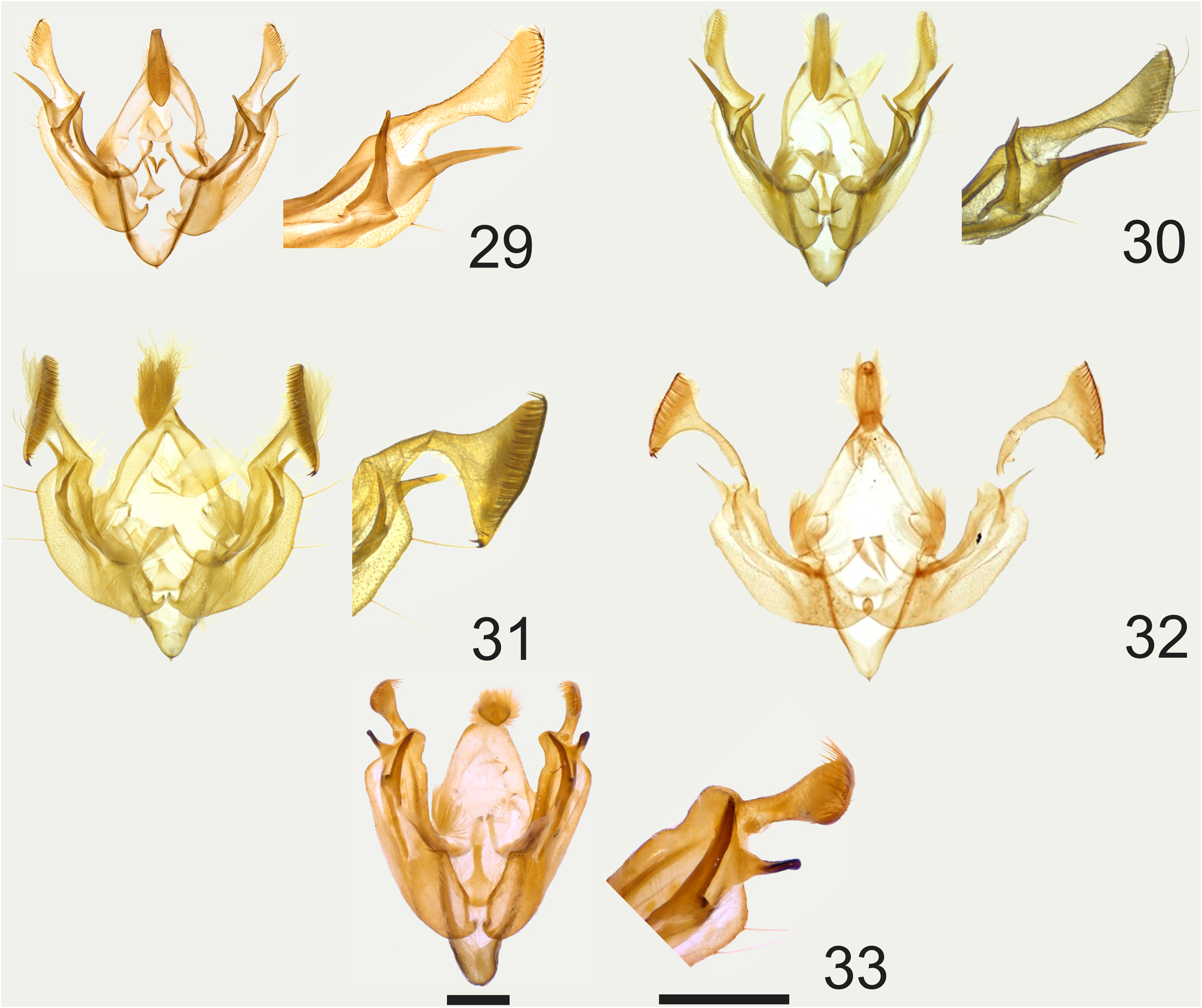 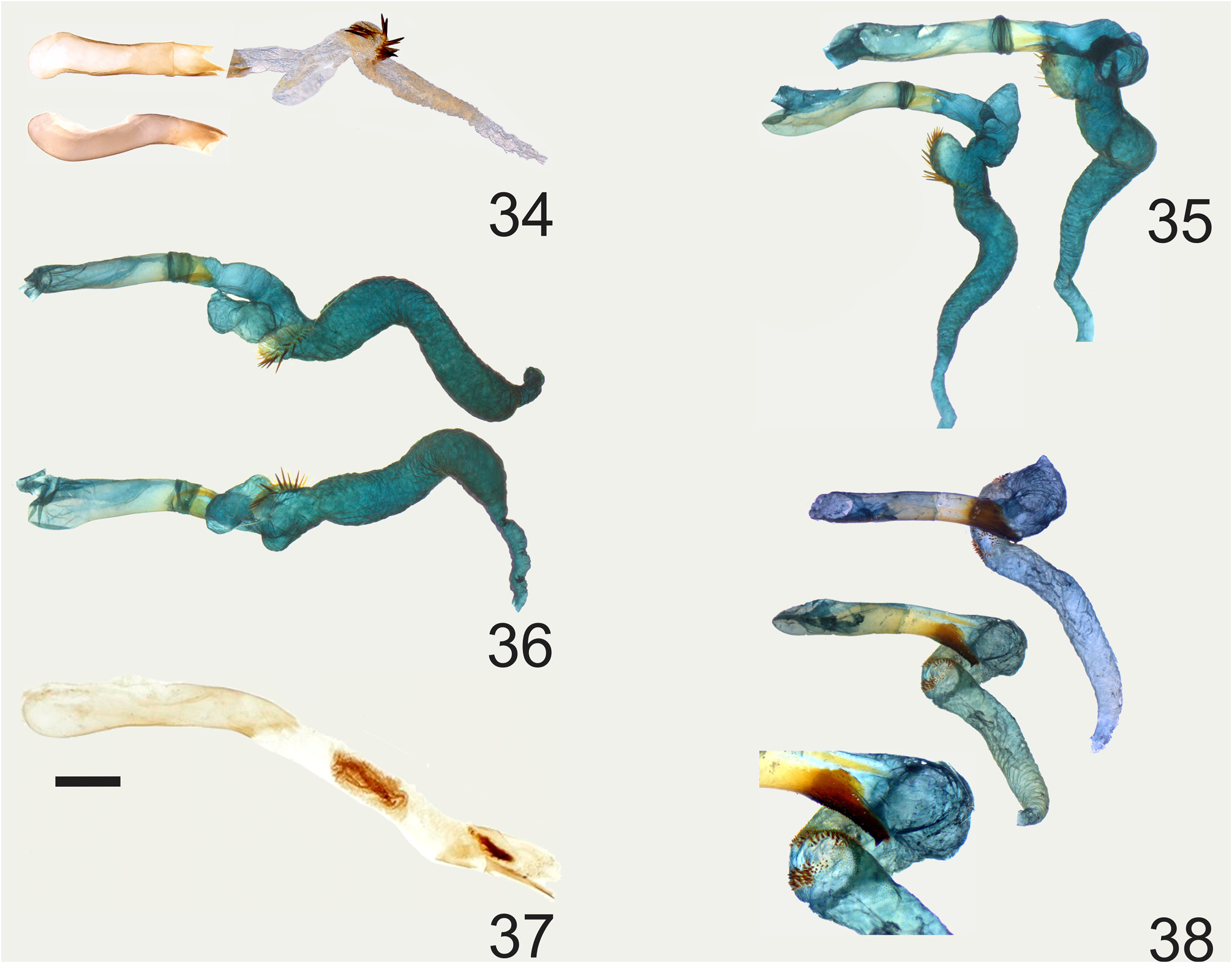