Distribution. The species was previously known from the unique male holotype that was reported from “Serra do Cipó”, in Minas Gerais State. The new material collected in 2018 from the Pico do Barbado in Bahia State, extends the distribution of the species 700 km north.

Habitat. The two specimens were taken from a more than a meter deep, densely vegetated pool that had formed in a high saddle region of the Pico do Barbado, the highest mountain in northeast Brazil ( Fig. 3View FIGURE 3 C–D). This represents the first known habitat data for this taxon as the unique type specimen was collected at a light. 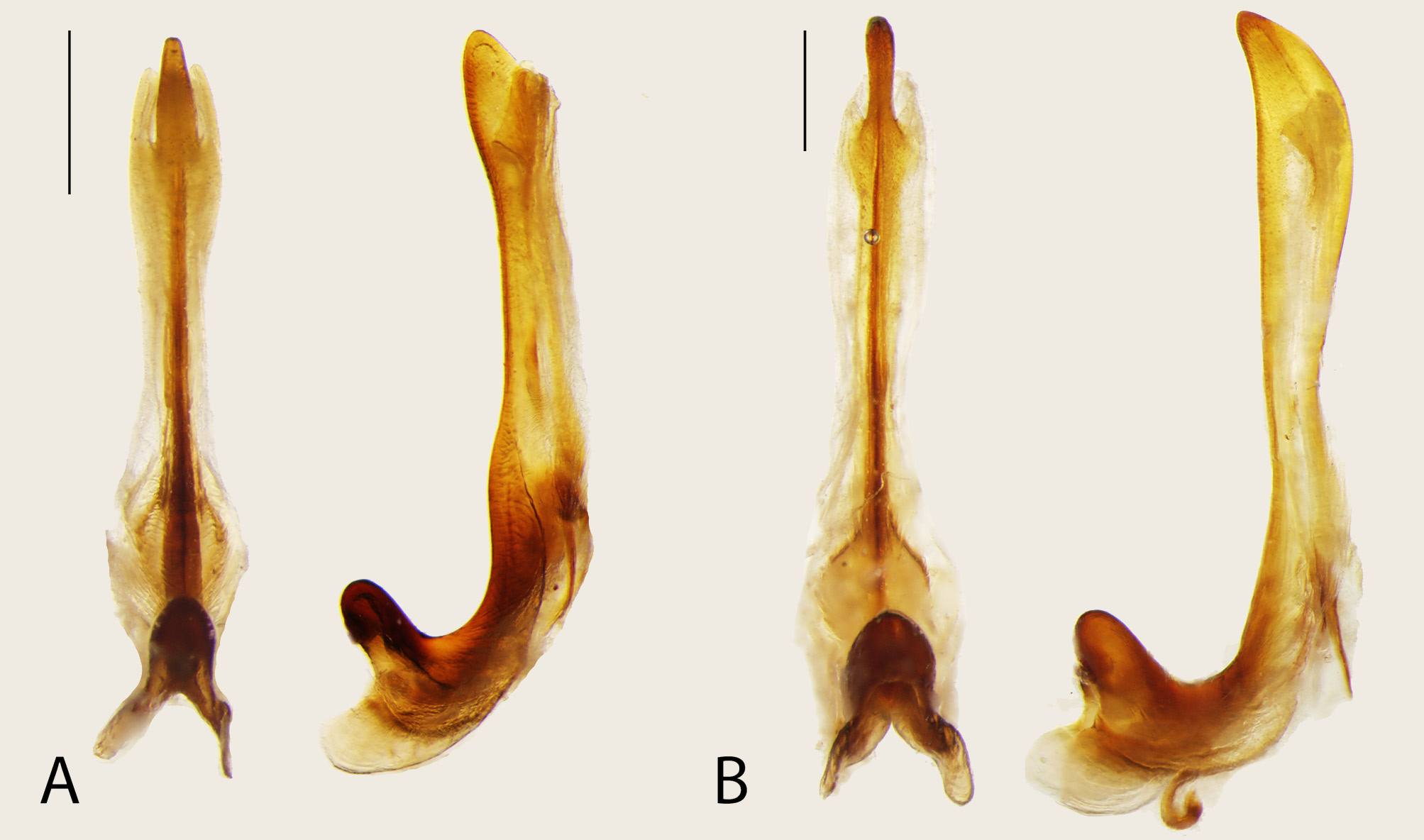