Remarks. The last revision of the group included only new collection records and annotations about its distribution. According to Santos-Junior et al. (2015), P. minutissima   is similar to P. similis   , particularly with regard to the width of the clypeus and shape of the occipital carina, which extends to the insertion of the mandible. The male and its genitalia are here described, and the cited revision provides additional traits for the identification of P. minutissima   .

Regarding the apex of the aedeagus, its shape is sharply expanded laterally, forming two lobes in common with other species of the P. exigua   species-group, such as P. bituberculata   , P. diligens   and P. clypeata ( Santos-Junior et al. 2015)   . Furthermore, a dorsal view of the aedeagus also revealed a median emargination, a trait that seems to be a synapomorphy of the genus, although this is less developed in P. holoxantha ( Ducke 1904)   and P. bituberculata   . 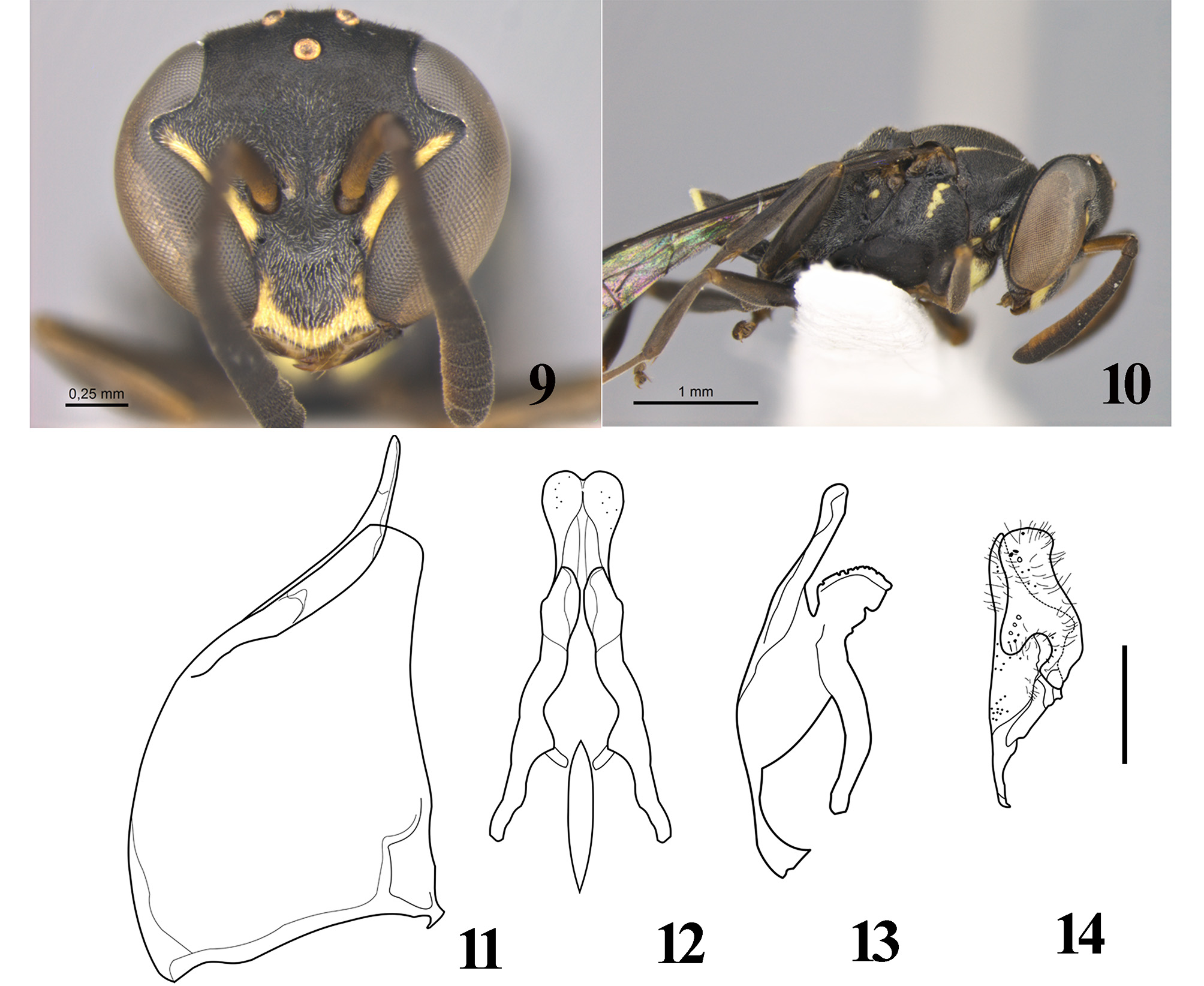