Diagnostic characters. Male: lateral vitta with anterior mark extending medially, so that a transverse stripe is present across scutum; pigmentation on postnotum restricted to dorsum; pigmentation on T II extending from anterior to posterior margins ( Borkent, 1984). Female: thorax with a dark dorsolateral stripe, covering the posterior half of the medial vitta and anterior half of the lateral vitta; post-genital plate truncated at apex. Pupa: pedes spurii B present on T II; S II with 3 L setae and S III –IV with 4 L setae.

Systematic remarks. Borkent (1984) did not include the species in either of the two subgenera proposed since the immature and their substract were not known. The specimens analyzed here were obtained from submerged wood collected in black-water streams.

Notes on biology of species. The stream where S. zonarius   was collected is similar to that described to S. bare   sp. nov. A wood-mining larva was associated with a pupa and an adult, but it is very damaged and was not described here.

Remarks. In this study, 11 Stenochironomus   species were analyzed. We describe the female, pupa and larva of S. impendens   , female and pupa of S. zonarius   , the pupa and larva of S. jubatus   and female of S. palliaculeatus   . In addition, seven new species were described; six of them had their pupae described and three had their larvae described. Thus, the number of Stenochironomus   species from the Neotropical region increased from 29 to 36, for Brazil from 21 to 28 and from the Amazon from 18 to 25.

Taking into account the species of Stenochironomus   described, it is noted that the pupal and adult stages have stable and marked characteristics to distinguish the species of this genus. At the larval stage, however, it is not easy to distinguish species, since they are morphologically very similar. The larvae of S. roquei   and S. jubatus   are very similar, with labrum and mentum almost identical. The larva of S. impendens   resembles that of S. bacrionis   and S. manauara   sp. nov. An exception is the larva of S. amazonicus   sp. nov. which is quite different from the larvae of all other described species of the genus, with the teeth of mentum and mandible fused.

Regarding the color pattern of the adults, was observed that in some species there is sexual dimorphism in this character, with females and males exhibiting a different pattern, a fact that makes difficult the association of males and females of the same species.

Borkent (1984) found a larger number of Stenochironomus   species and specimens in wood that no longer had the bark. However, in the present study Stenochironomus   larvae were not found in wood without the bark; they were mostly found mining just below the bark, but also in deep mines in the wood core.

In laboratory, it was observed that the life cycle of leaf-mining species is considerably shorter than that of the wood-mining species. Adults of the leaf miners emerged at most 20 days after collection in the field, while in adults of wood miners this time can exceed one year, as observed in S. amazonicus   sp. nov. In general, the adults, pupae and larvae of leaf miners are considerably smaller than those of wood miners. This pattern is expected since the leaf is a substrate that is degraded more rapidly, and species that use this habitat therefore need to synchronize their life cycle to complete it before the leaves are completely degraded. Wood is a more stable substrate and remains available for a considerably longer time than leaves. Anderson and Cummins (1979) suggest that a long life cycle with low metabolic activity is one of the adaptations of xylophagous aquatic insects to the low nutritional value of wood.

The immature stages, especially the larvae, of Neotropical Stenochironomus   species are still poorly known. Of the 36 described species for the Neotropical region (including those described here), less than 64 % (n= 23) are known as pupae and about 47 % (n= 17) are known as larvae. The description of these stages is essential to our understanding of the biology and ecology of the species in this genus. According to Cranston & Oliver (1988), the major impediment to understanding the role of the family Chironomidae   in the decomposition of woody debris is lack of taxonomic information on immature stages.

Future studies on the genus Stenochironomus   must focus effort on describing the immature stages of known species and on discovering or confirming the larval habitat of these species. As emphasized by Pinho et al. (2005), as long as most of the immature stages of Neotropical species remain unknown, caution is needed with respect to any discussion of the division of the genus into subgenera. 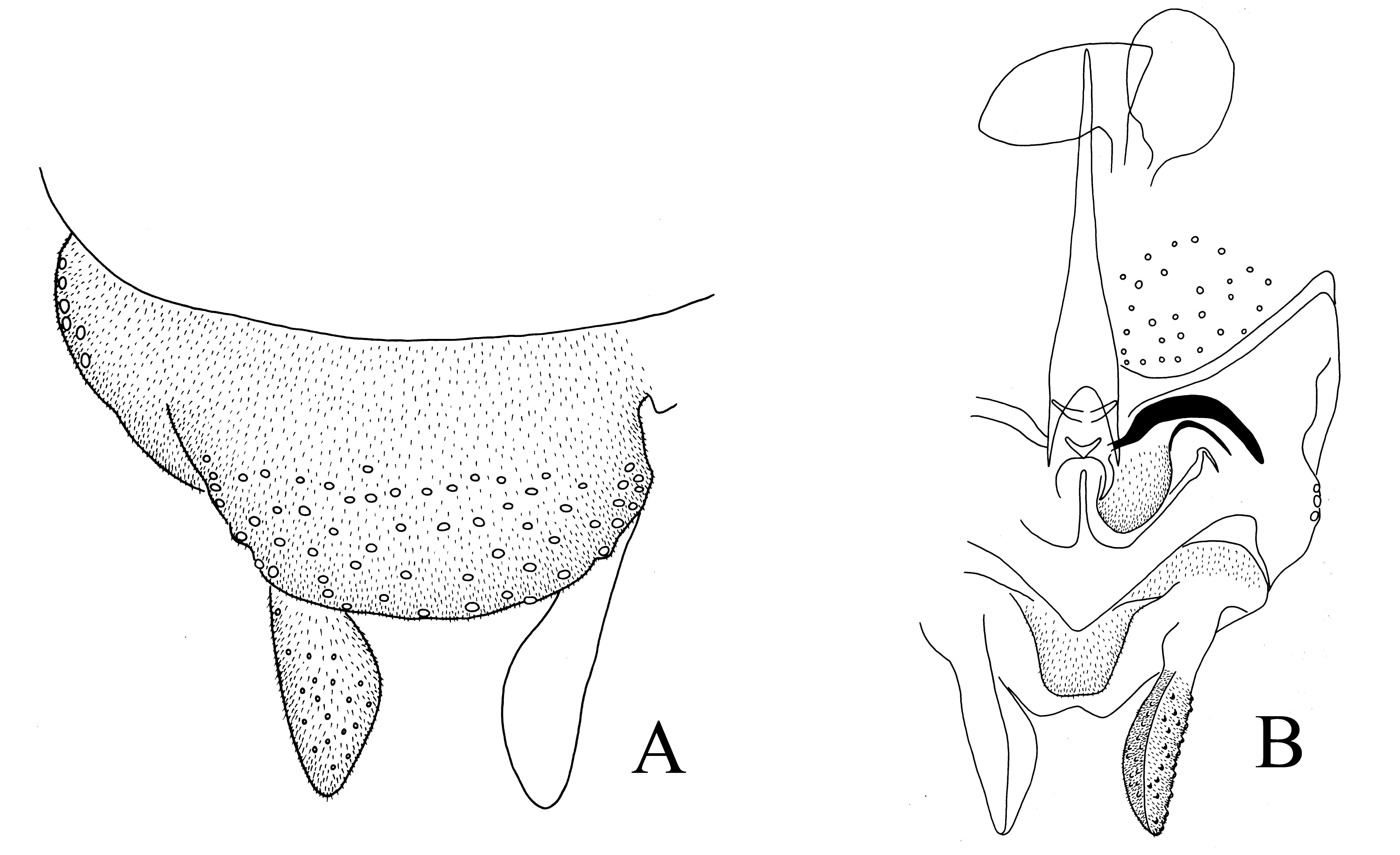 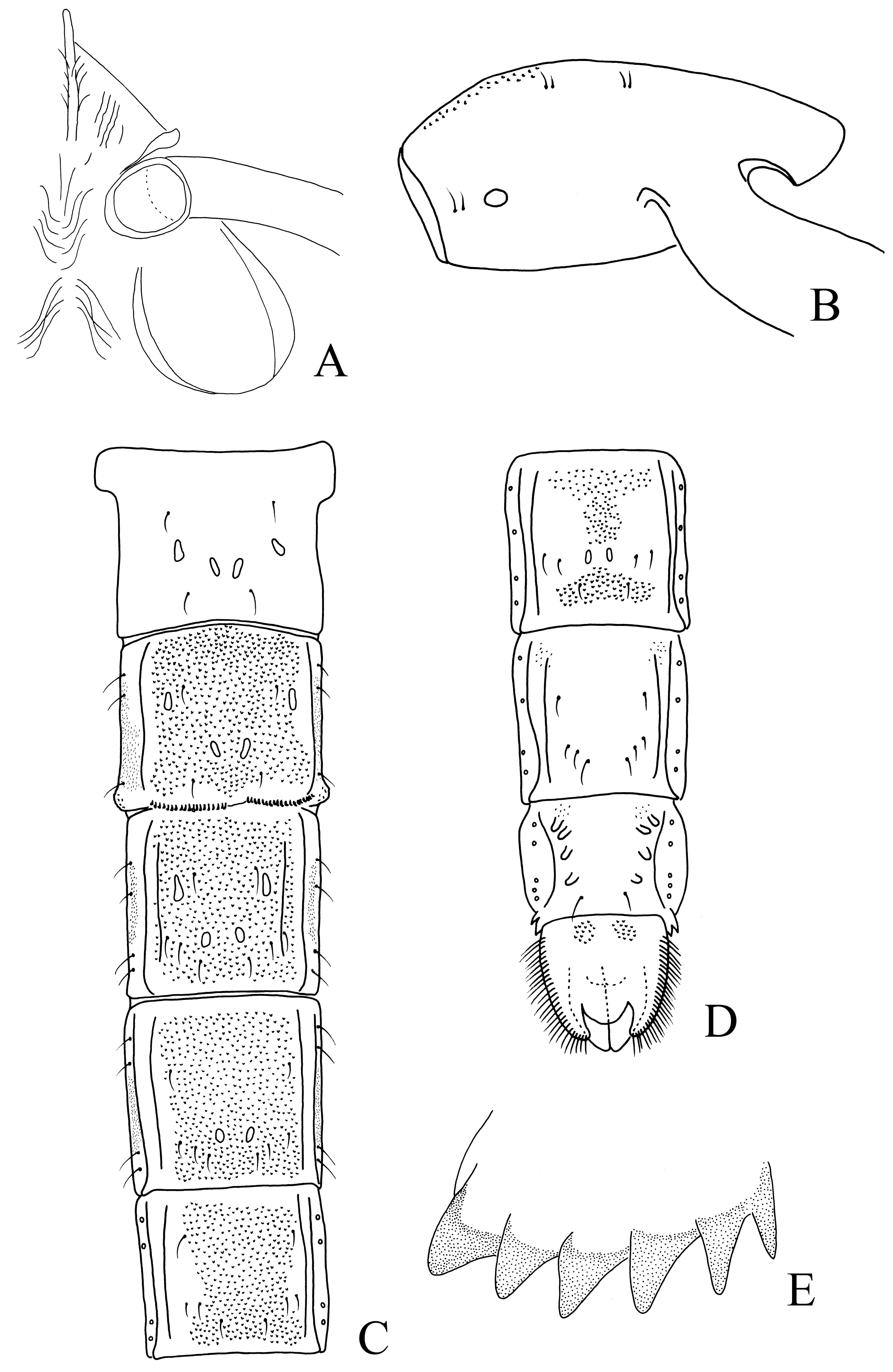