Systematic remarks. To divide the genus Stenochironomus  in two subgenera, Borkent (1984) includes all the species with leaf-mining larvae in the subgenus S. ( Petalopholeus  ). Even without knowing the immature stages of S. jubatus  , this species was included in this subgenus and so it was considered leaf-mining. However, with the pupae and larvae described here, there is no doubt that it is a species with wood-mining larvae. The pupa of S. jubatus  is similar to S. liviae  sp. nov. both have two well-developed frontal warts, being smaller and more rounded in S. jubatus  , and larger and triangular in S. liviae  sp. nov. Another feature that differentiates the pupae of these two species is the size of the teeth of the spur on T VIII, which are thinner and more elongated in S. jubatus  . The larva of S. jubatus  is similar to that of S. roquei  , being difficult to distinguish them. The small tubercles present on the lateral margin of the labiohypopharynx of S. roquei  is absent in S. jubatus  and the micropore is located posterolaterally to the setae submenti in the latter species, while in the former it is located anterior-laterally. Although we described the mentum of S. jubatus  as have 10 teeth, the real number can be 12. Sometimes due to the curvature of the mentum, the lateralmost teeth are hidden behind the penultimate one.

Notes on biology of the species. The adults were reared from larvae which had been mining wood in a fast flowing, black-water stream, emerging about 40 days after the wood had been collected. The pupae remain with the abdomen partially within the larval exuviae, which in turn keeps its extended form. 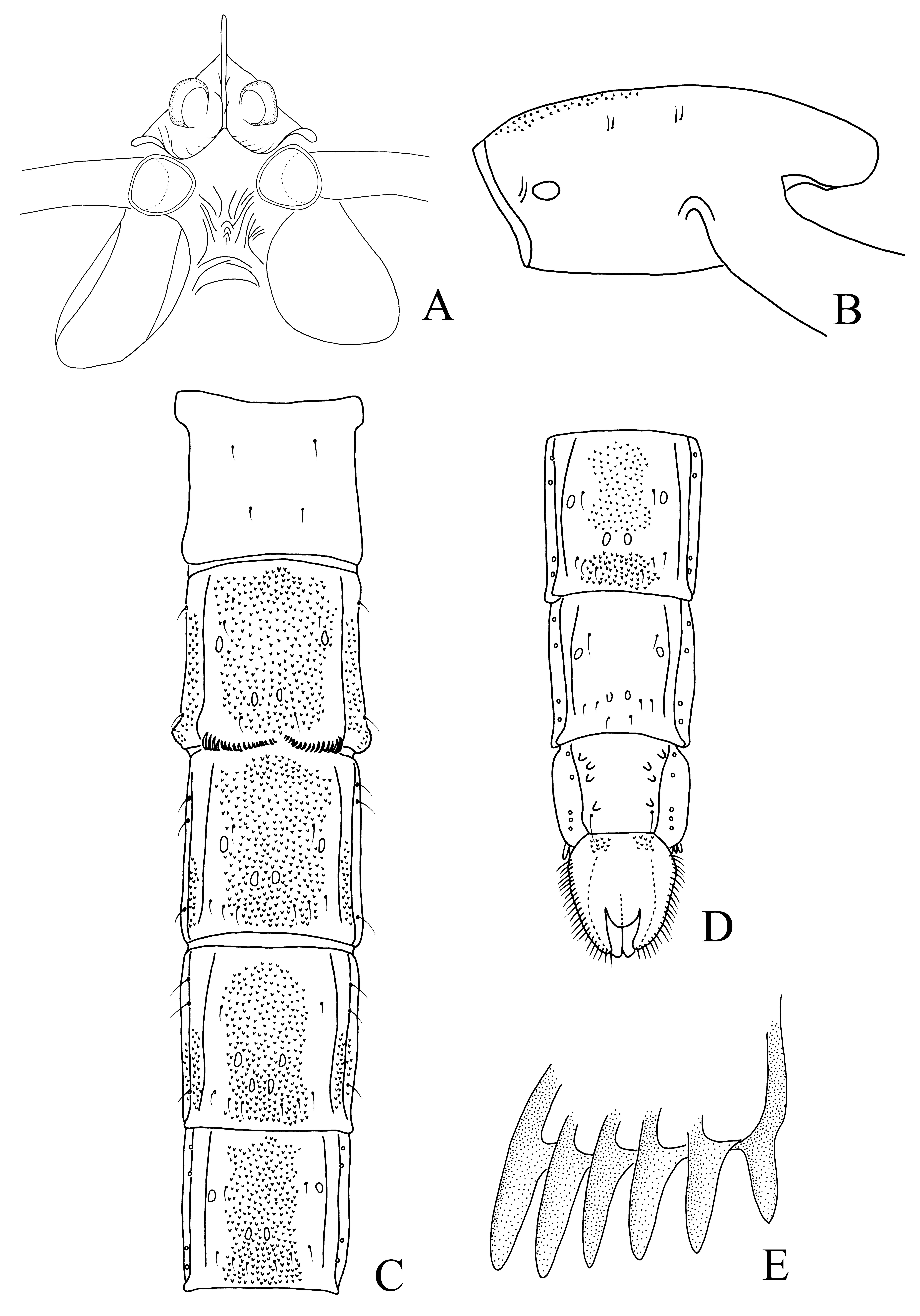 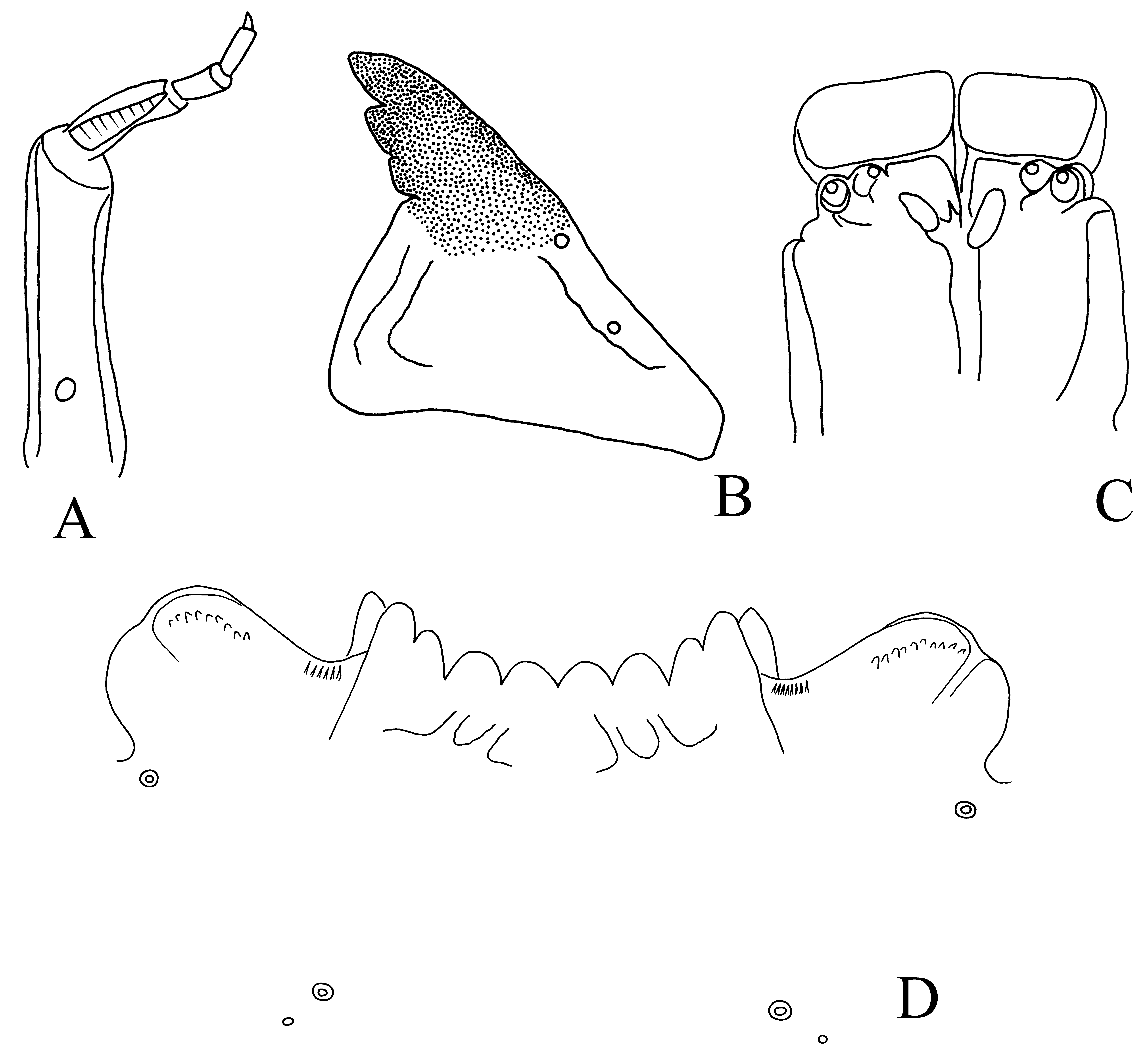