Etymology. the species name is a reference to the “ Baré   ” ethnic group, which occupied a large area in central Amazon. The name is to be treated as a noun in apposition.

Systematic remarks. Borkent (1984) described a pupal morphotype (“pupal form one”) that was associated with the genitalia of a male, probably pharate, indistinguishable from S. bacrionis Borkent. According   to the author the two species could be differentiated by pupal features, which in the morphotype have spicules on the posterior region of the anal lobes, missing in the pupae of S. bacrionis   . The pupa of S. bare   sp. n. has such spicules on the anal lobes, but the male can be distinguished from S. bacrionis   by the size of the superior volsella, that in the first species does not exceed the apex of the gonocoxite. The new species is also similar to S. triannulatus Borkent   by the pigmentation of the thorax and wings and by the general morphology of the hypopygium. However, S. bare   sp. nov. has the preapical constriction of T IX more pronounced, gonostylus with constant width along its length, hind tibia with one brown band, abdominal brown pigmentation on posterior margin of T II –III and posterolateral margin of T VIII, whereas S. triannulatus   has the preapical constriction of T IX less pronounced, gonostylus with a preapical swelling, hind tibia with two brown bands, abdominal brown pigmentation on very lateral and posterior margins of T II –IV and posterior margin of T VI. 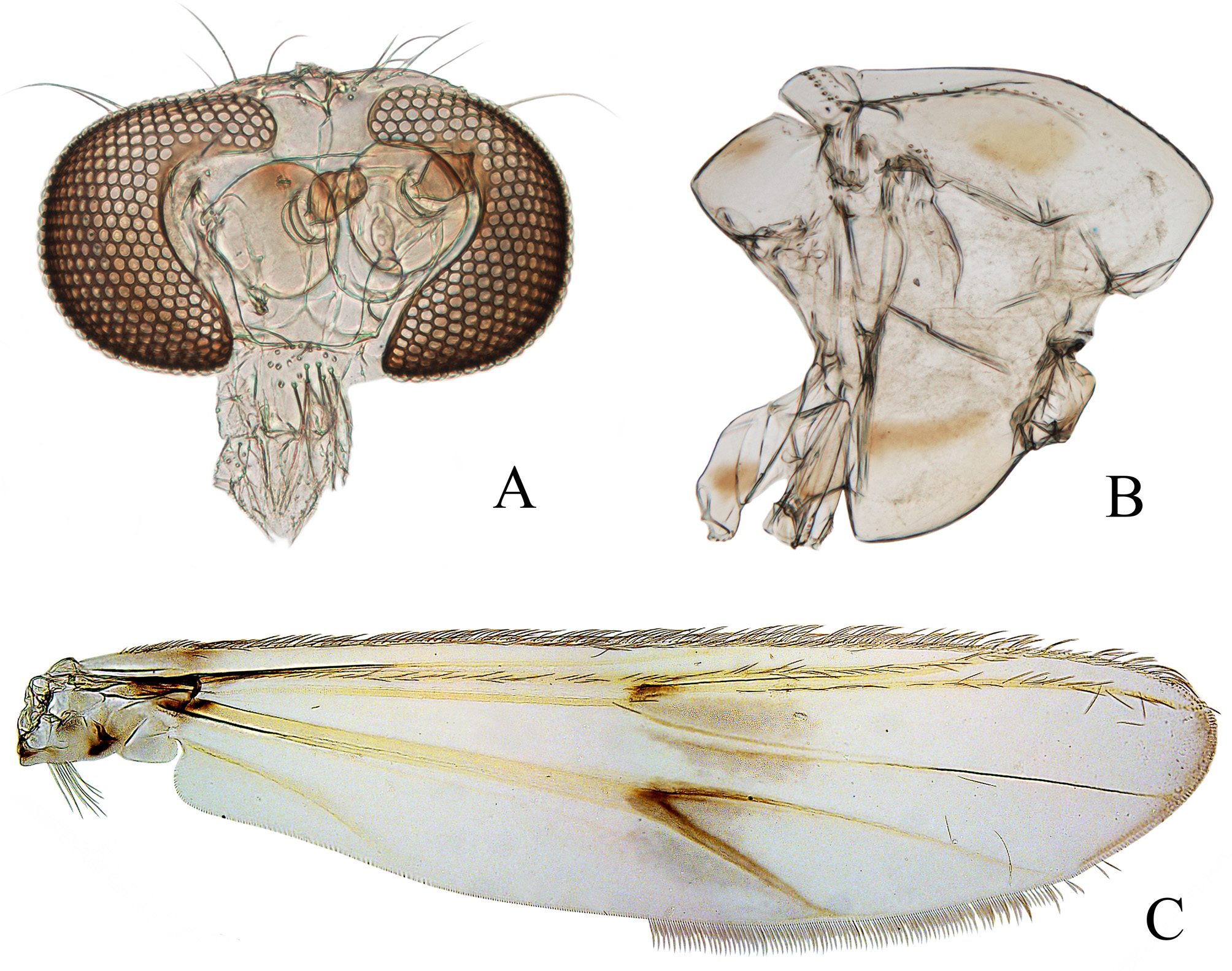