Distribution: Mexican endemic. Occurring from southern Sonora and northern Sinaloa, to western Guerrero, entering the Balsas Basin up to the southern State of Mexico.

The karyotype described here is probably identical to the one described by Lieb (1981). However, we identified six unpaired chromosomes (rather than one). This is congruent with the complex system involving multiple sex chromosomes already described in other species of the genus (data from the ‘‘chromorep’’ database: http://www.scienze.univpm.it/professori/chromorep.pdf). Additional data on male and female individuals from this species are required to understand the significance of this bizarre karyotype.

DNA taxonomy: neither gene sequence for this species is present in GenBank. We used the NDH 2 gene and flanking tRNAs (596 bp) to assess its phylogenetic affinity. This sequence was aligned with all the other species of Norops present in GenBank (about 160 species). For ML the selected model was the Hasegawa, Kishino, Yano (HKY) model ( Hasegawa et al. 1985) with a proportion of invariable sites I = 0.2664, rate variation among sites (+G), and a gamma distribution shape parameter of 0.7310. 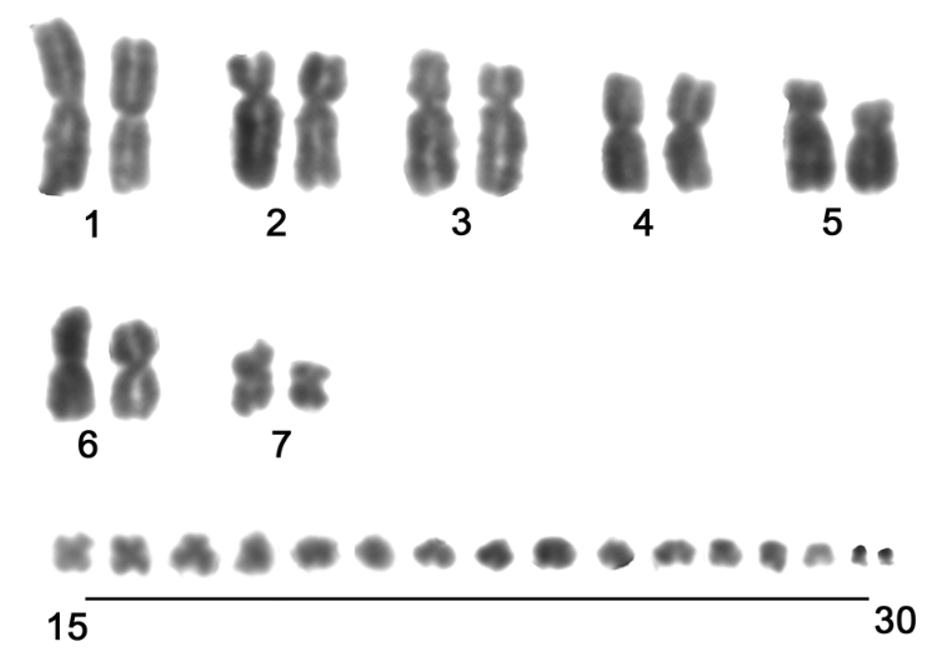