Distribution: worldwide in tropical and subtropical regions. The species has been introduced into Mexico, where its presence was first reported in 1940 by Taylor and then by Burt and Myers (1942). Subspecies: Not described. However the species is chromosomally polytypic (see below).

Karyotype: the chromosomal complement of this species is variable with 2 n = 40 and 2 n = 46. However the karyotype with 2 n = 46 clearly belongs to H. bowringii   (see Kupriyanova and Darevski 1989). Sporadic presence of triploid populations with 3 n = 60 has been found in Vietnam ( Darevsky et al. 1984). The specimens from Chamela conform to the most common karyotype with 2 n = 40 ( Fig. 5 View FIGURE 5 ). This karyotype is composed of seven pairs of biarmed chromosomes (three large pairs and four pairs of small chromomomes). The remaining chromosomes are telocentrics. This is the first description of the karyotype of this species in the New World.

DNA taxonomy: the rDNA 16 S has been studied in specimens from Madagascar by Vences et al. (2004) and in one single specimen from Papua New Guinea ( Whiting et al. 2003). The sequence comparison shows that the specimen studied here is almost identical to the one from Oceania (sequence divergence: 0.2%) but differs more from those of Madagascar (sequence divergence: 0.8–3.1%). Oceania is believed to represent the centre of origin of the species from which it spreads worldwide due to human movements. The close relationships among the two haplotypes agree with a recent arrival of the species in Mexico. In fact, H. frenatus   was probably introduced during the Spaniard dominium of Mexico. The importation likely dates to the time when Spanish galleons carried trade goods between Acapulco and the Philippines ( Taylor 1940). 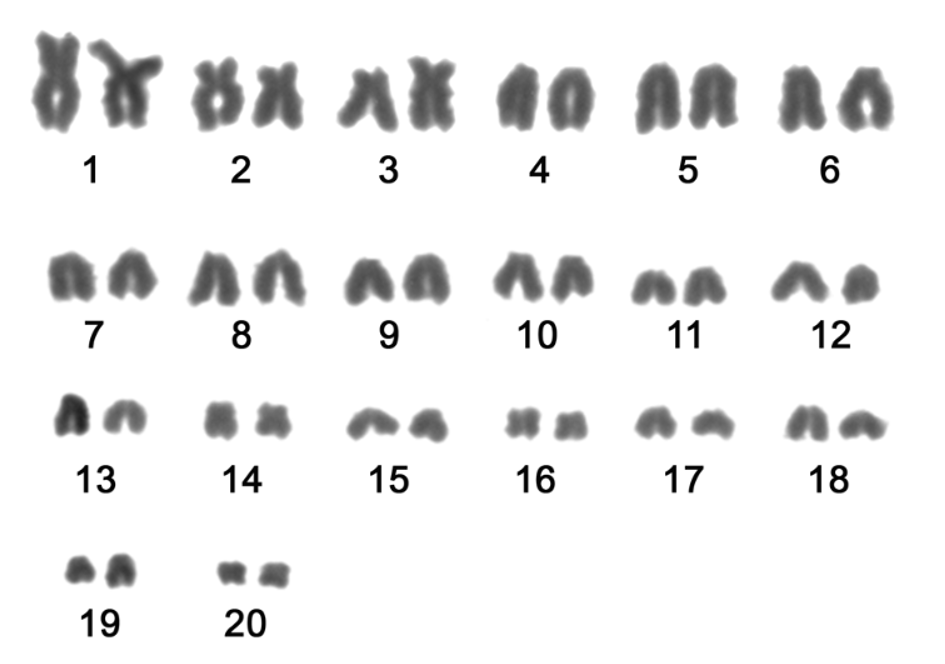