The species is named in honour of my son Jakob Brehm, Jena, Germany.

As illustrated. Only a single male is known.

Without assignment to group

Callipia paradisea   is known from a few specimens only. Wing patterns and structure of male genitalia not easily fitting into any of the other groups, but vicinaria group is possibly most closely related. Since no molecular data are available either, C. paradisea is provisionally treated separately. 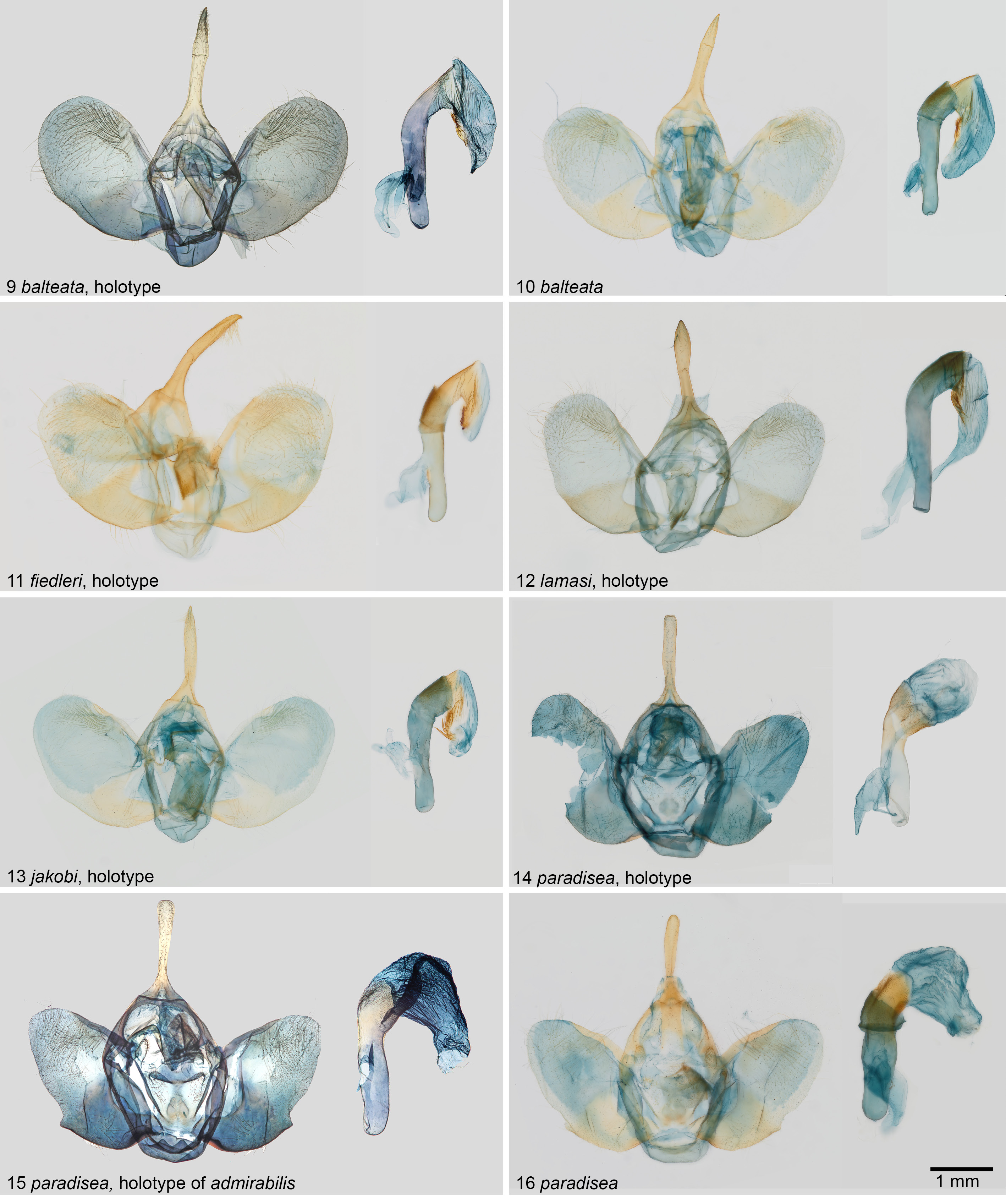