Habitat. All zones in association with wood rats ( Neotoma   ).

Comments. Onthophagus brevifrons   is the scarcest and largest species of Big Bend Onthophagus   , always collected in low numbers (one to four individuals in lethal pitfalls) in creek beds and arroyos where wood rats are known to occur. The low numbers undoubtedly reflect a strong preference for wood rat feces such that significant numbers are more likely to result by excavating the soil beneath the rodent′ s nest quarters. It is similar to O. coproides Horn   , an inquiline in pocket gopher nests in Arizona, New Mexico and northern Mexico and to other species of mountainous Mexico with broadly humped male pronotum (the chevrolati group), many of which are associated with mammal nests. This species is one of a triplet of closely related US species, all with specialized microhabitats: O. brevifrons   in wood rat nests; O. subtropicus Howden and Cartwright   in wood rat nests of east Texas; and O. cavernicollis Howden and Cartwright   with cave-dwelling bats in Arkansas ( Halffter and Matthews 1966). Slay et al. (2012) speculate that this latter species, while collected in bat guano, actually utilizes wood rat dung in the caves for breeding. Small males of O. brevifrons   can closely resemble the female, from which they can be distinguished by having a medially emarginate last abdominal sternum (as in Fig. 27 View Figures 26–35 ). Riley and Wolfe (2003) reported O. brevifrons   also from south Texas and the Panhandle plains regions of the state. Cokendolpher and Polyak (1996) collected a specimen from Milliped Cave, Sinkhole Flat, Eddy Co., NM (~ 35 km NW Carlsbad ~ 3700 ft). Howden and Cartwright (1963) report collecting it along with O. browni   from a single Neotoma   nest in Portal, Arizona. 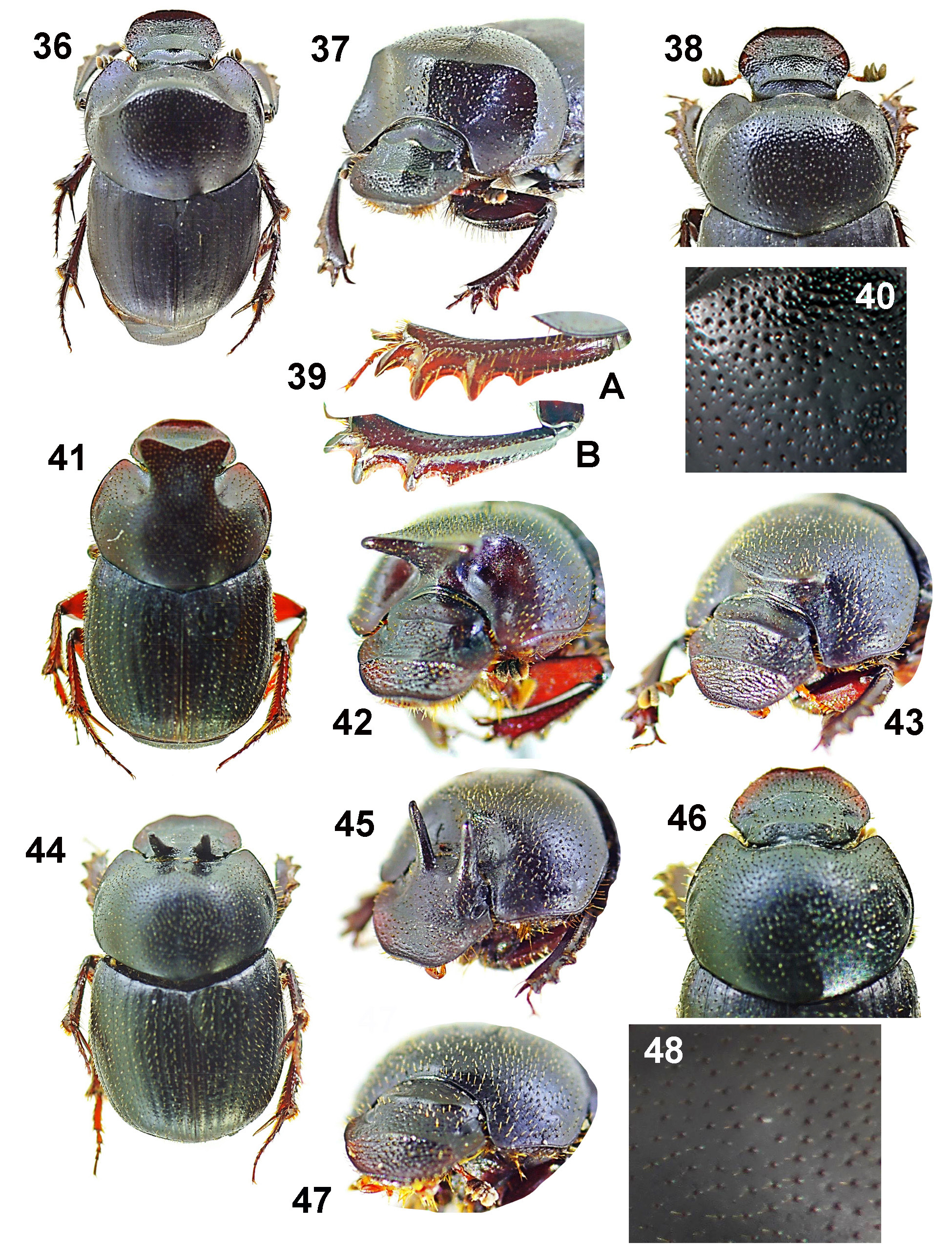