Differential diagnosis. The new genus is characterized by having a corona consisting of five or seven lobes and by the absence of an oviferon (egg-carrying organ). Although the size of the animals and their corona shape both remind one of Pentatrocha Segers & Shiel, 2008   , they are separated from this genus by the absence of an oviferon and presence of obvious gelatinous matrix formation, and by the coronal lobes being much smaller than in Pentatrocha   . While Pentatrocha   has never been observed other than solitary, the single constituent species of Lacinularoides   is colonial. By lacking an oviferon, which we consider a synapomorphic feature for a [ Pentatrocha   , Sinantherina   Bory de St. Vincent, 1826] clade, and by having a corona exhibiting distinct lobes, we surmise that the taxon is closest to Octotrocha Thorpe, 1893   , which has an even more intricately lobed corona. We further believe the new genus is close to Lacinularia Schweigger, 1820   , which has a very similar morphology but which has a corona that has, at the most, a ventral concavity giving it a heart-shaped appearance (see Table 4).

Etymology. The name Lacinularoides   (gender: masculine) is derived from that of its relative, Lacinularia   .

Redescription of Lacinularoides coloniensis ( Colledge, 1918)   , n. comb. Animal large, transparent, internal organs obvious. Trunk fusiform, tapers gradually into tapering foot, neck region slightly curved dorsally when animal expands the corona. Foot long, with abundant foot glands along upper half part, peduncle tiny. Extended corona large, five- to seven-lobed, consisting of a conspicuous pair of ventral, a pair of occasionally indistinct lateral, and three dorsal lobes. The lobes of the ventral pair are rather round, held perpendicular to the longitudinal axis of the body; the lateral lobes are relatively small and appear to be made up by an S-shaped curve of the lateral corona margins. The dorso-lateral lobes are round but with rather straight latero-dorsal sections, tilted to ca. 60 degrees versus the body axis and slightly bent to ventrad; the middorsal lobe relatively small but distinct, slightly triangular. Ventral lobes separated by a deep, U-shaped sinus, separation of dorsal and especially lateral lobes shallow. Dorsal gap tiny; apical field surface bulged by the large mastax. Small projection bearing the dorsal antenna under the dorsal corona lobe. Lateral antenna on minute conical papillae. Gelatinous matrix clear to light-brown, containing the eggs, if any. Male: see Colledge (1918).

Remarks. Although we recognize this taxon as representing the genus newly described herein (with the caveat that the diagnosis of genera in Flosculariidae   is in urgent need of revision; see comment in Segers & Shiel 2008), the species appears to have been recorded repeatedly before. We accept that the present material is conspecific with the animal described in good detail in 1918 by W. R. Colledge, as Melicerta   coloniensis   , from a “pool at Goodna, Qld” ( Colledge, 1925) Australia. The taxon had not been recorded ever since and it appears to have been overlooked. The reason for this may be historical, and lay in confusion between L. coloniensis   and Octotrocha speciosa   . We know from the study of W.T. Edmondson’s notebooks that this author, an authority on sessile rotifers, considered both O. speciosa   and L. coloniensis   as possible identity of animals before him. We now know that the two can relatively easily be distinguished, even in contracted state, by their trophi morphology, a feature that at that time was hardly considered in identification of sessile rotifers: the differentiation in development of the unci teeth is noticeably stronger in L. coloniensis   than in O. speciosa   (compare Figs 5 View FIGURE 5 a–c with Fig. 7 View FIGURE 7 in Segers et al., 2011). Based on a re-evaluation of published drawings and photographs of trophi morphology, Segers et al. (2011) reevaluated previously published and (partly) illustrated records of Octotrocha speciosa Thorpe, 1893   by Edmondson (1959), Koste (1974, 1978, 1989), Sarma & Elias-Gutierrez (1998), and Segers & Shiel (2008) as being misidentified, and with the information we now have available we suggest that these records all pertain to L. coloniensis   . This would imply that, whereas both species co-occur in Southeast Asia and China, L. coloniensis   is much more widespread and may be the only one of the two that occurs in Australia and the Americas. This precludes direct comparison of the two by zoologists working outside the area of O. speciosa   , including W.T. Edmondson.

Based on the present considerations, we now are quite sure that the glass model of a small colony of sessile rotifers identified as O. speciosa Thorpe   , on exhibit in the American Museum of Natural History (see Fig. 1.1 View FIGURE 1 . in Wallace et al. 2006) and whose identity had already been questioned by Segers & Shiel (2008), represents L. coloniensis   . Similarly, as our observations confirm Octotrocha speciosa   as a solitary animal, we assume that the autorecruitive nature of colony formation of O. speciosa   as reported by Wallace et al. (2006) refers to L. coloniensis   . Indeed, a photograph kindly supplied by R.L. Wallace of the animals he studied indeed appears to depict L. coloniensis   . 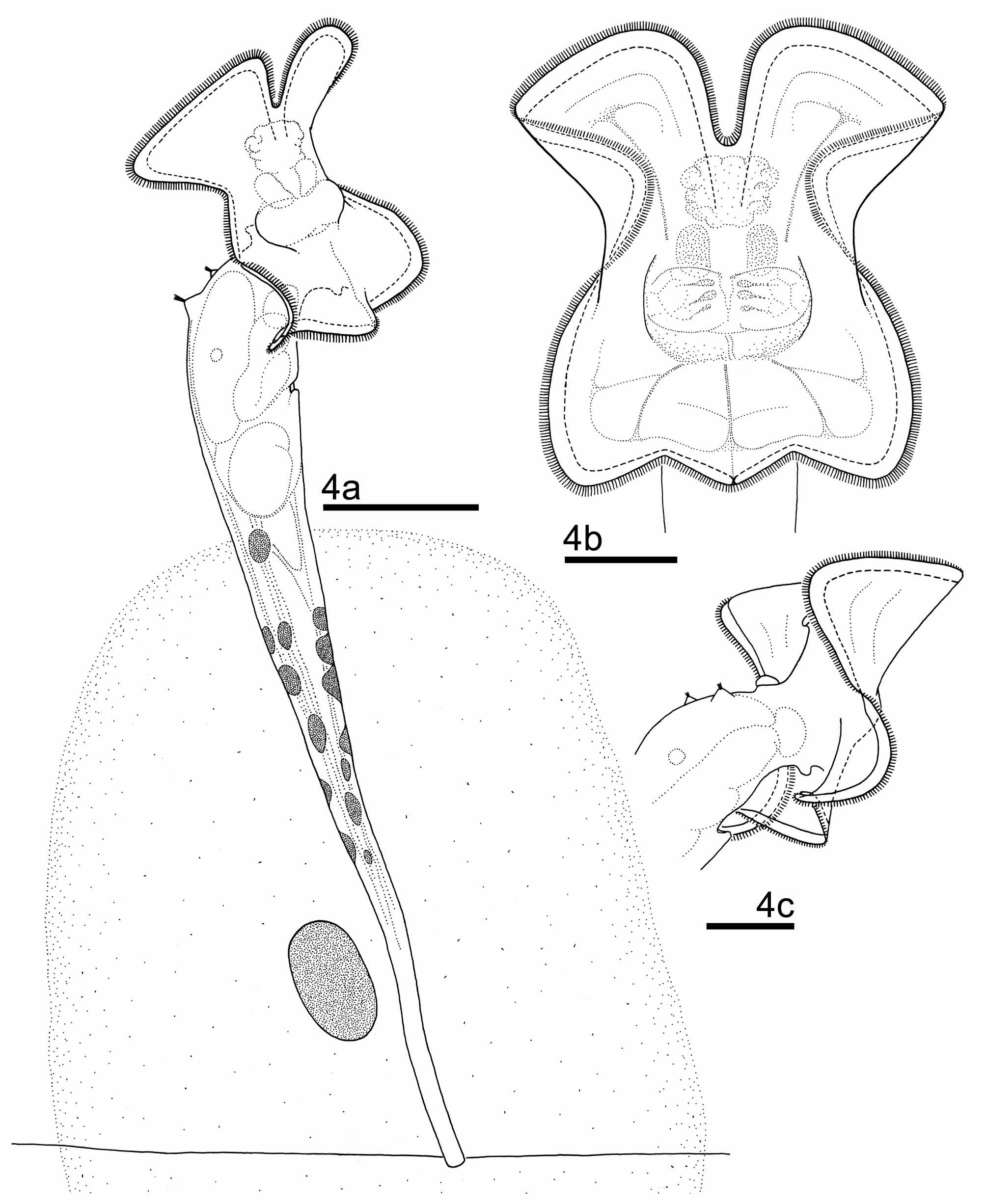 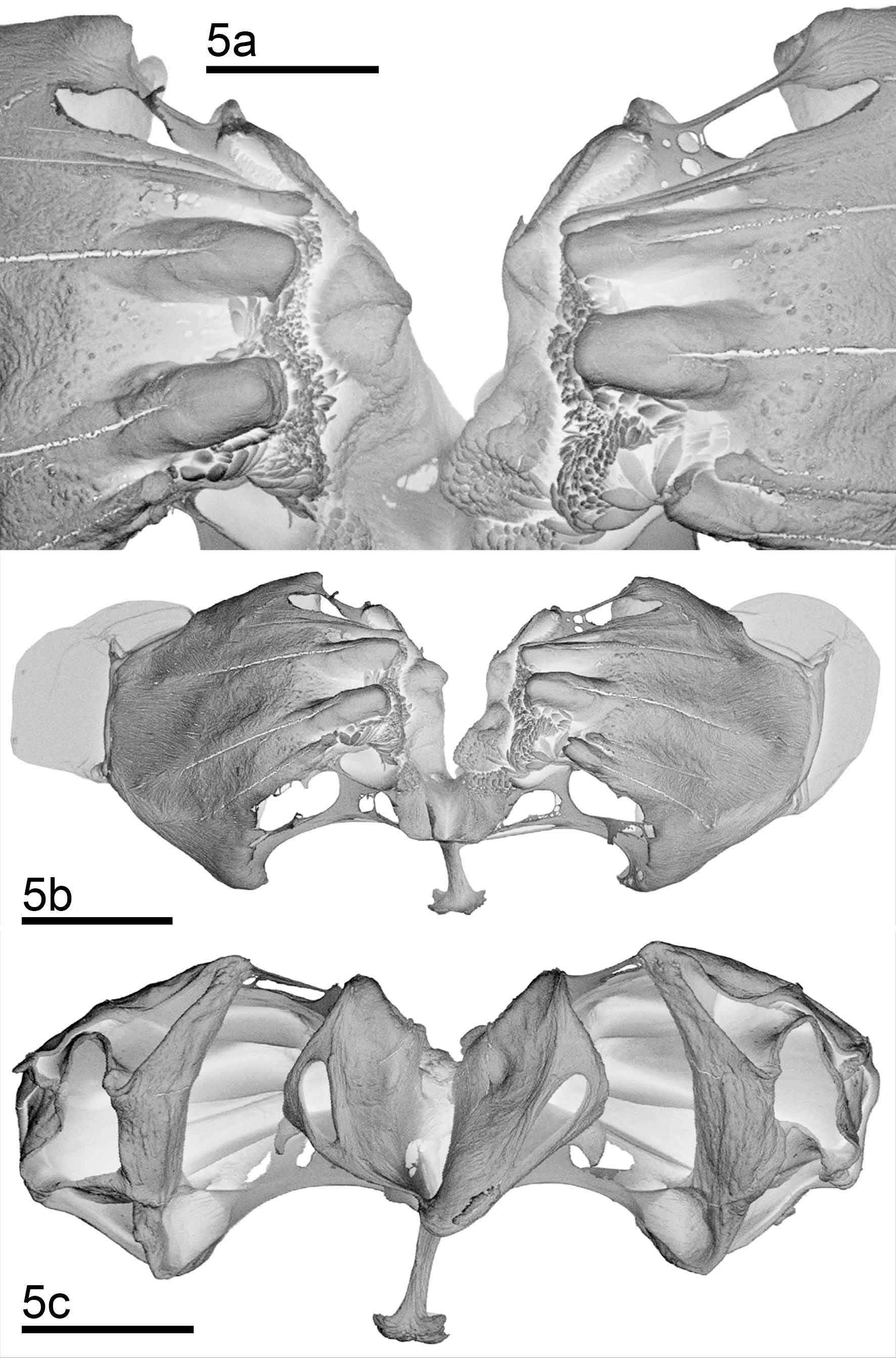 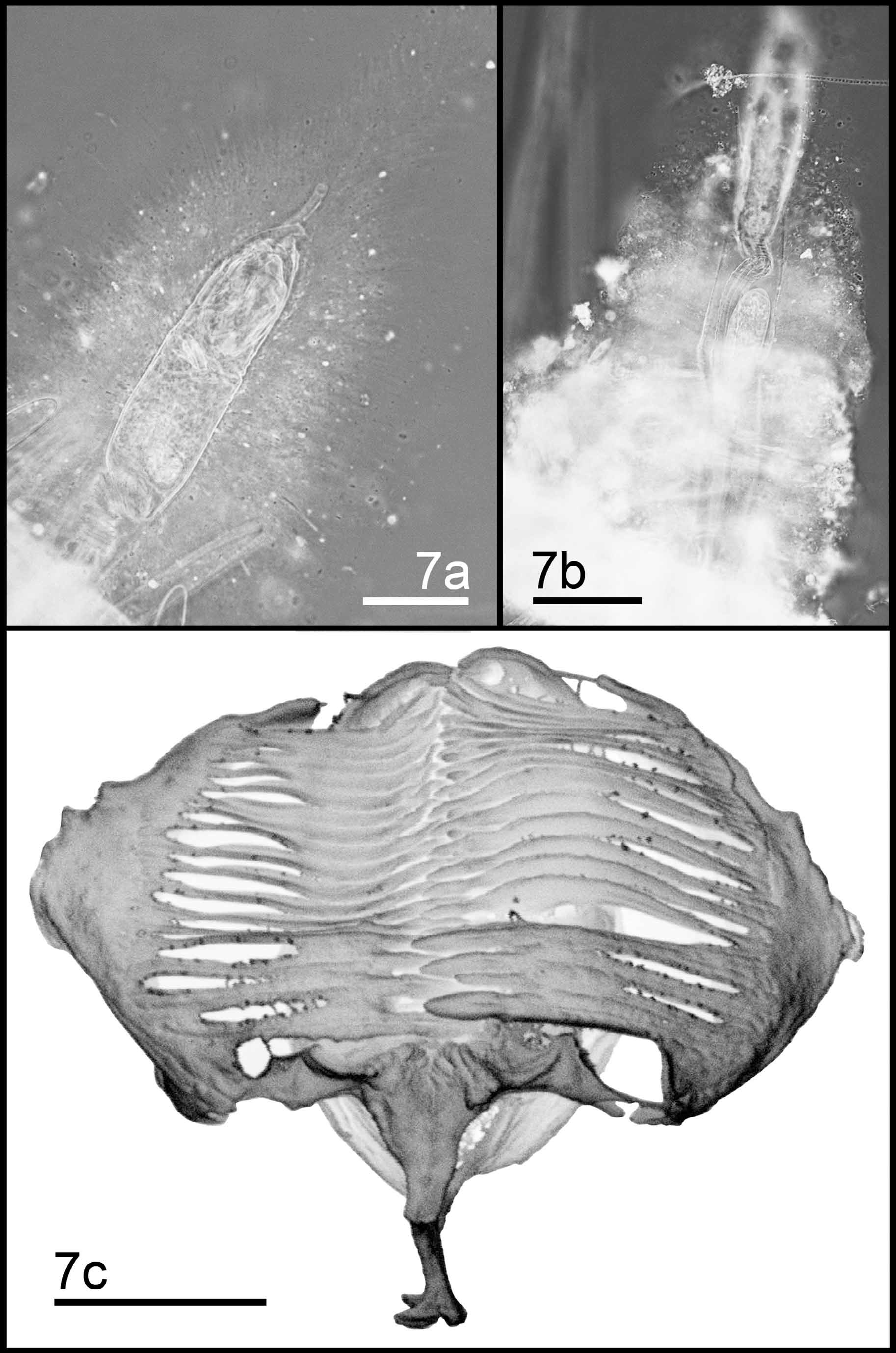