Elytra covered with grayish-yellow pubescence. Each one with longitudinal and narrow reddish-brown bands: (1) in the basal fourth, between the scutellum and humerus; (2) in the elytral half, in the same alignment as band 1, and more or less of the same length; (3) on the outer side and parallel to band 2, also of the same length and with anterior extension very indistinct; (4) in the apical fourth, in the same alignment of band 2, shortest of all others; (5) on outer side of band 4, longer than 4. In the posterior third of the elytra, the yellowish pubescence is more concentrated in an oblique band between bands 2 and 4. Elytral punctation dense and deep on the anterior half. Elytral apices obliquely truncate.

Femora reddish-brown with reddish base. Tibiae and tarsi reddish. Metatarsomere V almost as long as I-III together.

Etymology. Tupi: tanimbúca   = gray; refers to the color of pubescence.

Discussion. By the small size and presence of grayish oblique band on the posterior third of the elytra, Rosalba tanimbuca   sp. nov. could be compared with R. bucki ( Melzer, 1934)   described from Rio Grande do Sul ( Brazil). It differs by the yellowish band on the posterior third of the elytra, narrower and oblique from the margin to suture; and basal third of elytra with only one reddish-brown longitudinal band. In R. bucki   , this clear band is wider and transverse; the basal third of the elytra has a large brownish spot with includes a grayish oblique band.

It could also be compared with R. malleri ( Melzer, 1934)   by the pattern of the grayish pubescence and brownish longitudinal bands. It differs by the vertex and pronotum entirely covered by grayish pubescence and by the clear band on the posterior third of elytra. In R. malleri   , the vertex and pronotum have spots or longitudinal bands brownish, and the clear band of the elytra is situated beyond the middle. 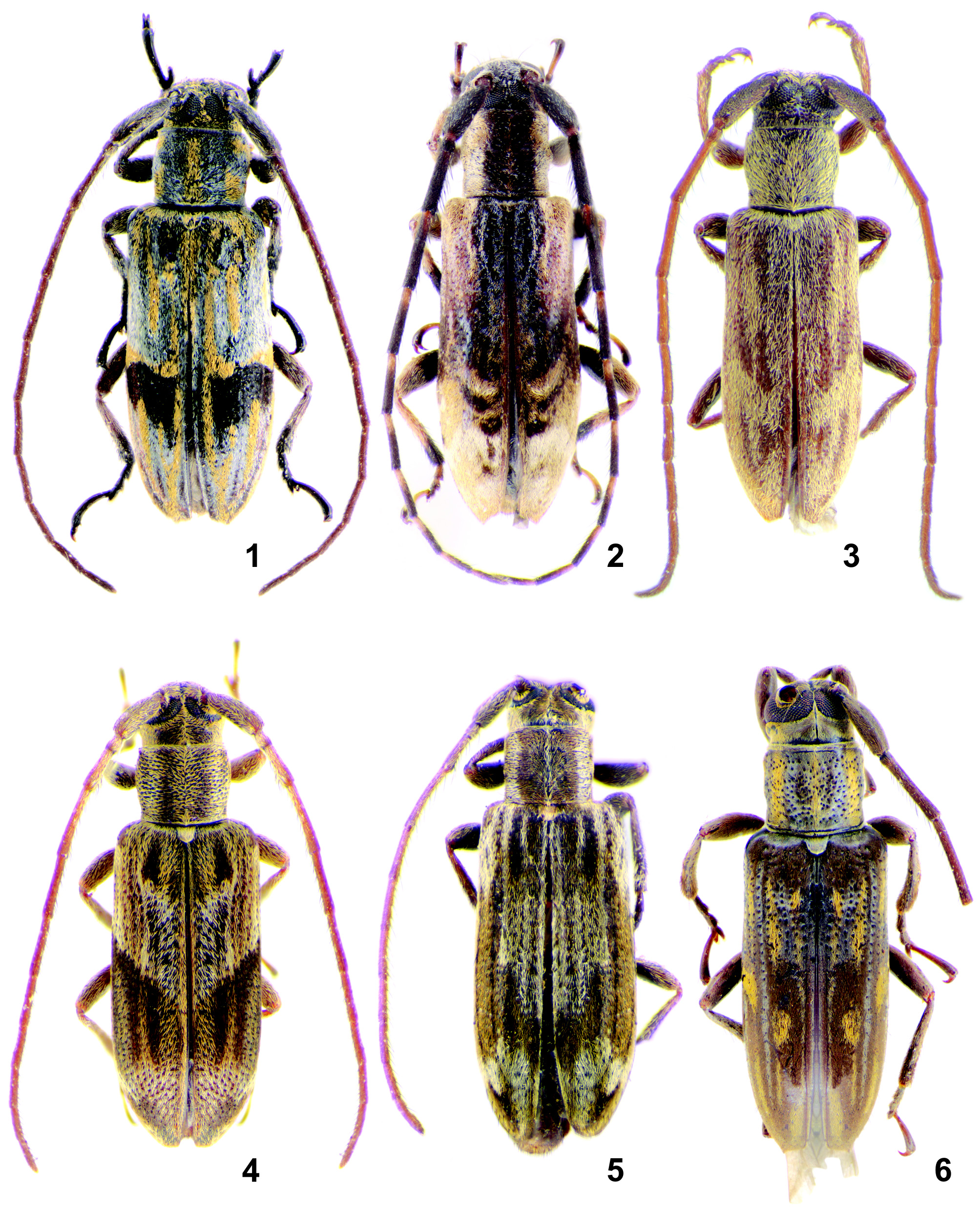