Prothorax with short lateral gibbosity. Pronotum with three bands of dense whitish pubescence: one on the middle and one on each side; punctation moderately dense and deep. Sides of prothorax pubescent near the prosternum and crossed by a reddish brown longitudinal band.

Elytra with yellow-whitish pubescence with brown or reddish-brown spots (1) in the base, brown transverse band, narrow, includes a very fine whitish line; (2) in the middle, oblique band not reaching the suture and extending to the margin; this band contains small irregular spots of whitish pubescence and extends to apex in three short lines; (3) in the middle of apical third, longitudinal band, wider than the others and close to the suture; (4) almost at the apex, dorsal, shorter than 3; (5) fused to the margin, in the apical fourth, longitudinal band from band 2 to the elytral apices. Apex of the elytra obliquely truncate with outer spine.

Etymology. Specific name is in homage to Sergio Antonio Vanin who collected the holotype.

R. vanini   can also be compared with R. inscripta ( Bates, 1866)   which occurs in Amazonia. In R. vanini   , there are no band of yellowish pubescence on the basal and apical half of the elytra, while in R. inscripta   , these bands are present. 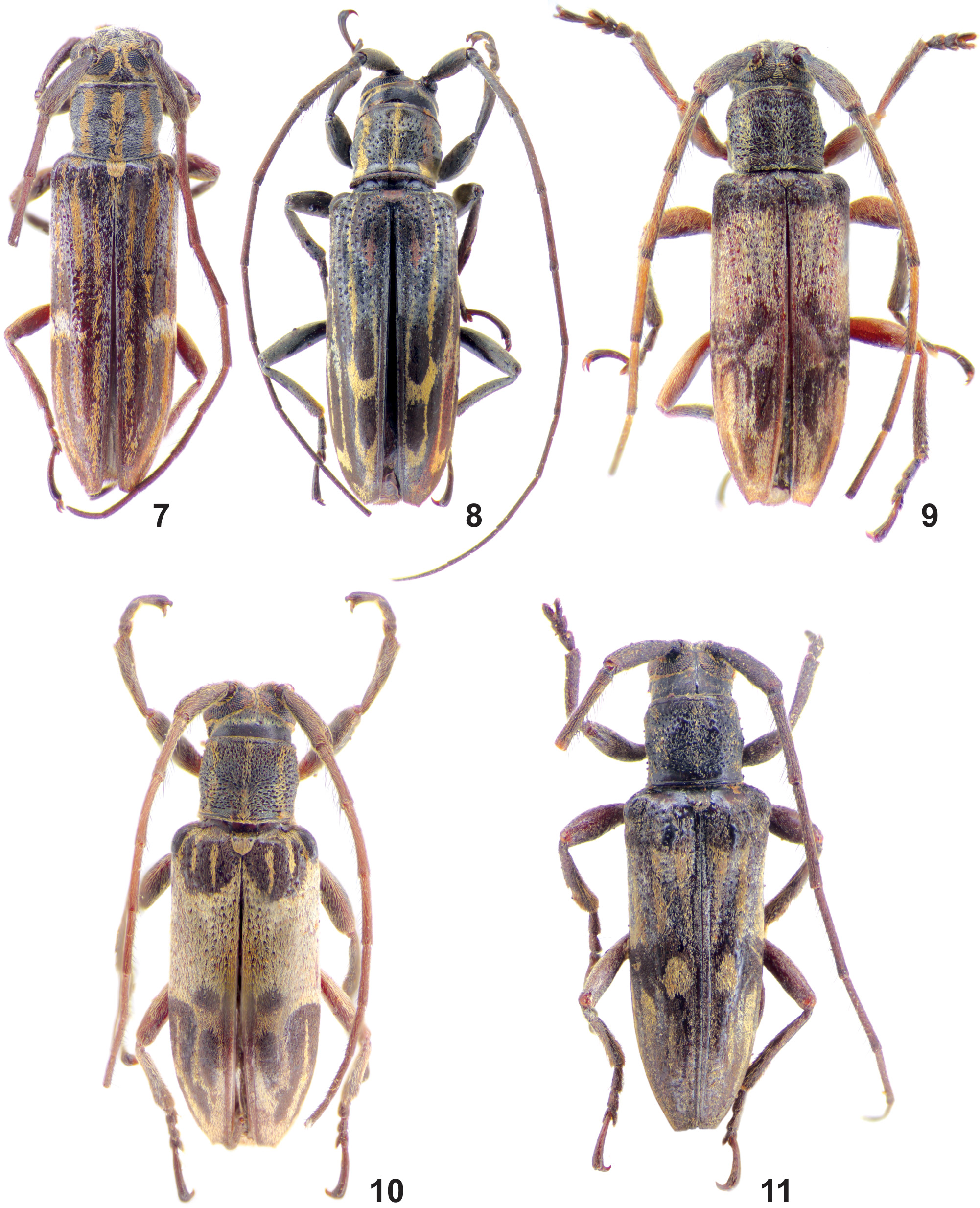