Etymology. The species name is derived from the name of the district (Coorg) from where the holotype was collected.

Comments. The genus Encyrtus Latreille   contains about 60 world species. We could find only one species known in brachypterous form, E. saliens Prinsloo & Annecke (1978)   , in which the fore wing has its apex acuminate, and the venation is represented by a single vein. In the new species, the fore wings are short, but have complete venation ( Fig. 7 View FIGURES 4 – 7 ). We have checked all the available descriptions of the species and keys (Graham 1969; Sugonjaev & Gordh 1981; Trjapitzin 1989; Prinsloo 1991; Hayat 2006; Noyes 2010), and find that our new species differs from the described species not only in having short fore wings, but also in the following combination of characters: body brown to dark brown, except middle half of scutellum white; antennal flagellum dark brown; coxae (ventral face of hind coxa white) and hind femur and tibia, dark brown, with other parts of legs brownish yellow or yellowish brown to brown; frontal carina well-developed; malar space without a ridge and with short setae; antenna with radicle long, 0.38 × scape length and slightly longer than pedicel (8: 7.5); pedicel slightly longer than F 1 which is 1.26 × as long as broad; F 1 not broader than pedicel, F 2 quadrate, F 3–6 broader than long, and F 6 about 1.8 x as broad as long. 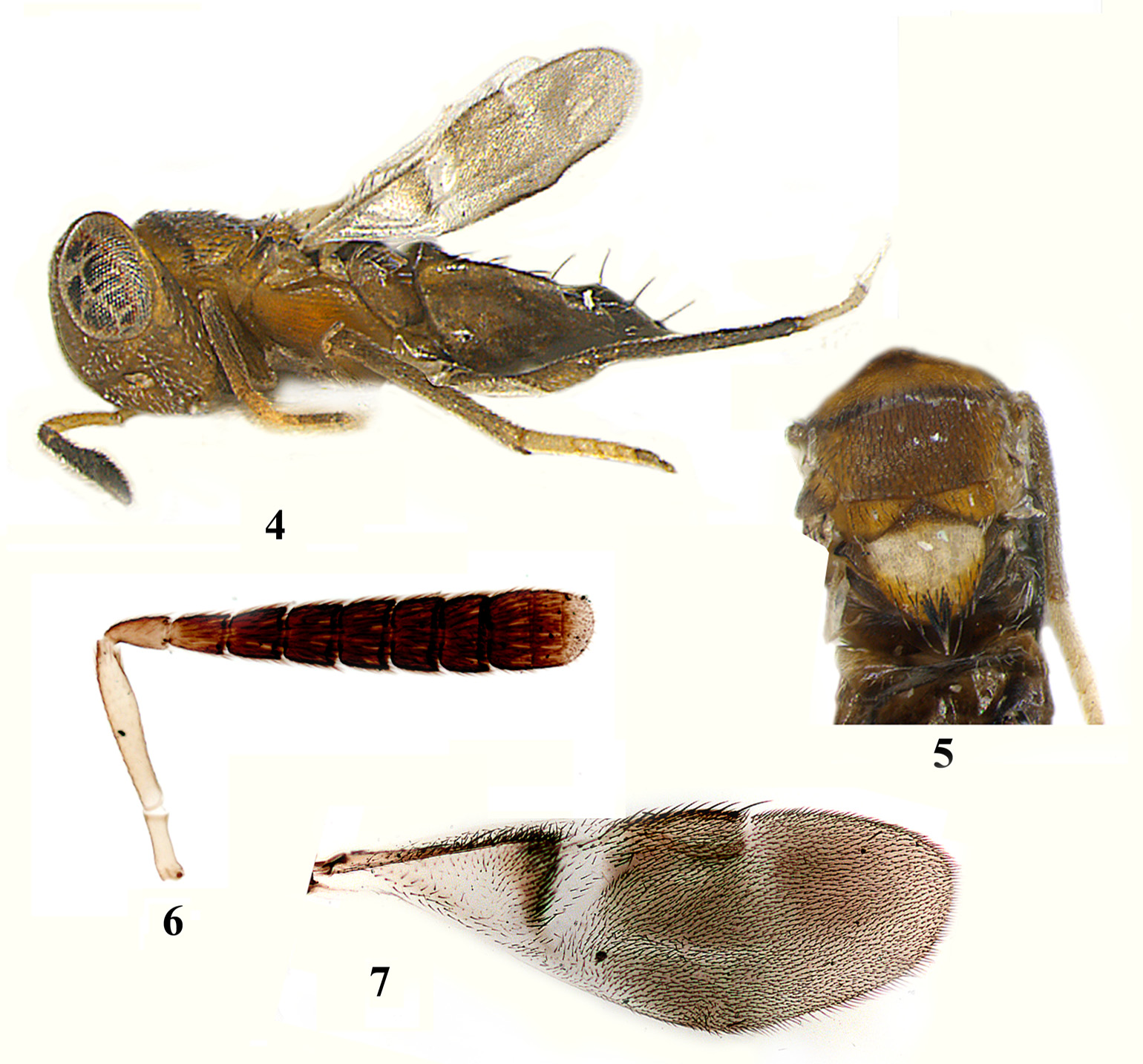