Geographical distribution. Ocychinus angustiarum is at present known from the type locality in Baima Shan in northern Yunnan (see Comments).

Bionomics. The specimens were taken from pitfall traps set apparently in the subalpine/alpine zone of the pass, but no details about the actual habitat are available.

Recognition and comments. Ocychinus angustiarum is at present the largest species of the genus. It is most similar to O. nigrita Smetana 2003 , but differs from it abundantly, in addition to the differences in the shape of the aedoeagus, by the markedly longer and stronger antenna, by the presence of microsculpture on the interspaces between punctures on the head and pronotum, and by the presence of the two long lateral setae on sternite 9 of the male genital segment.

The type locality of this species is the pass in the Baima Shan about 15km SE Deqin in northern Yunnan.

Etymology. The specific epithet is the genitive form of the Latin noun angustiae, ­ arum, (mountain pass). It refers to the occurrence of this species in the pass SE Deqin. 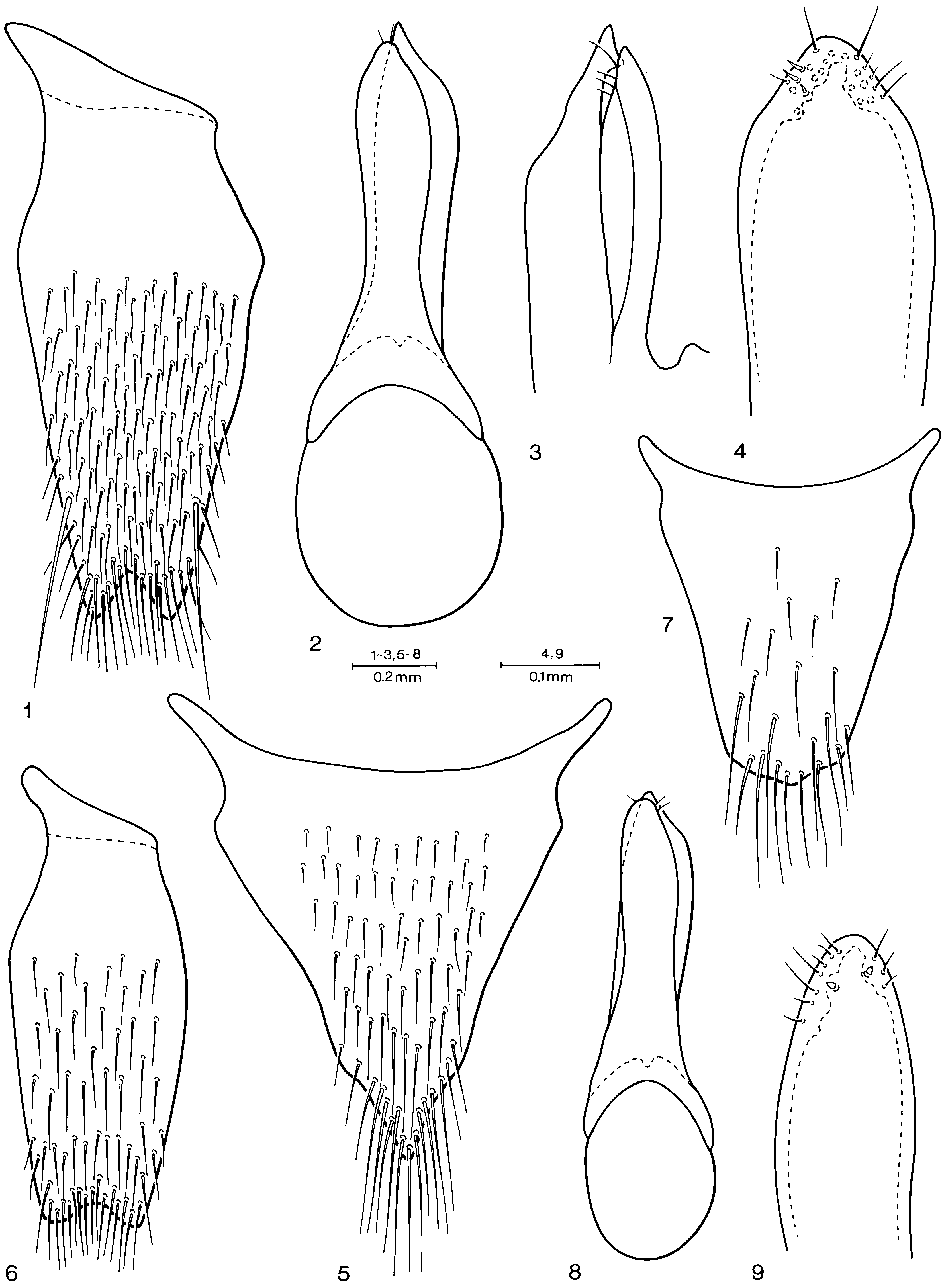