Diagnosis. This subspecies can be separated from other subspecies of S. amplus by the following combination of characters: elytral disk usually distinctly bicolored with basal 1 / 3 light brown to red and apical 2 / 3 dark brown to black; elytral humeral angles usually light brown but occasionally markedly darkened similarly to S. a. basalis ; antennae are dark brown to black.

Remarks. This subspecies tends to be the most characteristic form among subspecies of S. amplus . The coloration is fairly distinctive in that it ranges from completely black to the basal 1 / 3 of elytra orange to red and the apical 2 / 3 black. The legs and antennae generally are entirely black, however, there is variation in this character. The punctures in the apical ½ of the elytra tend to be closer together than in the basal pale area, with slightly more foveate punctures which gives the surface a somewhat wrinkled appearance.

We examined one series of specimens (9 males, 11 females) reared from Sequoia sempervirens , March 24, 1920, from Falls Church Virginia. The specimens all had the same Hopkins Number [Hopk. U.S. 16160 a], however, there was no collector information. We presume that these specimens were either collected from a transplanted tree, nursery stock, arboretum, or a log, that originated from the west coast and was shipped to Virginia. 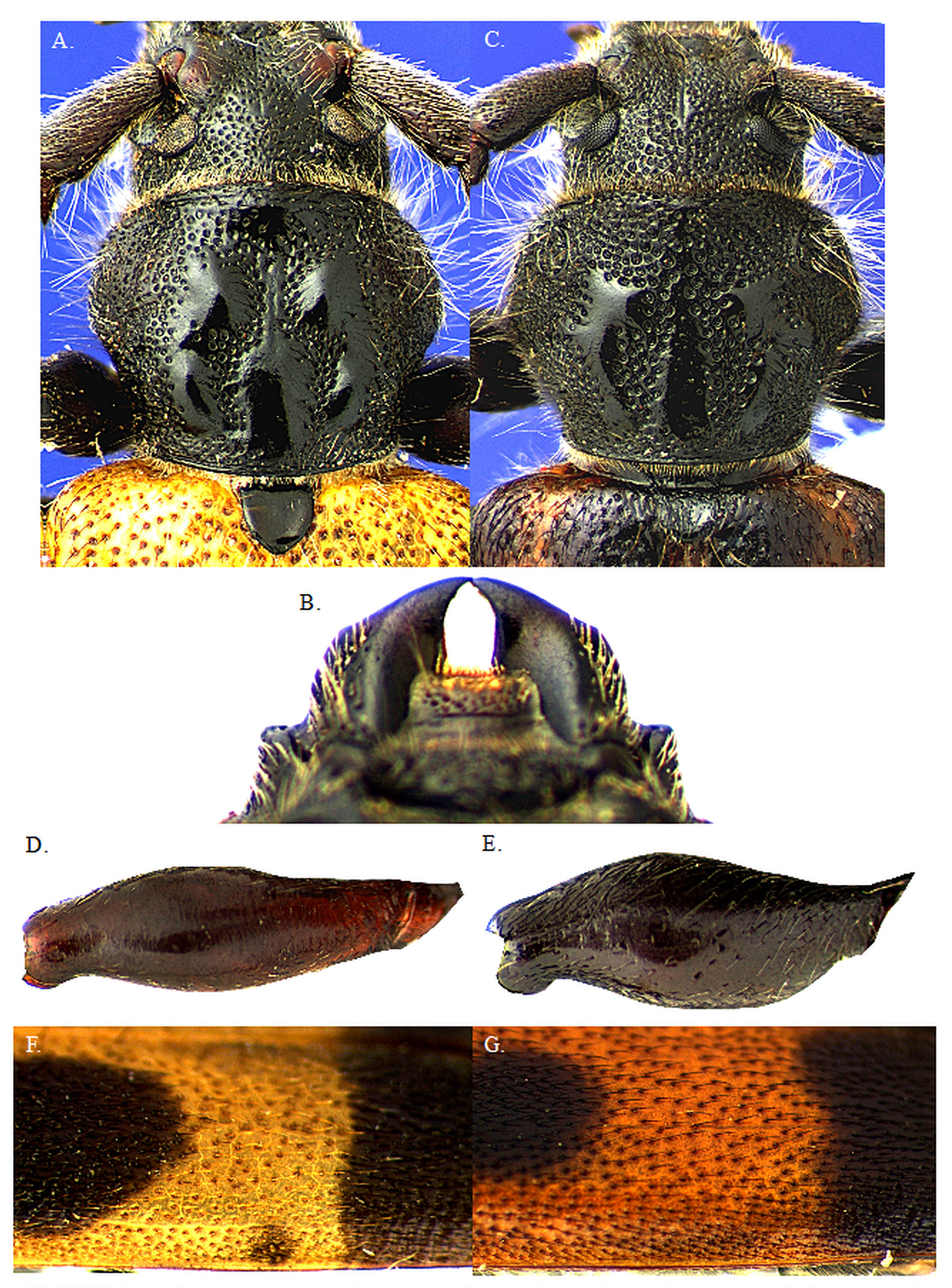