Distribution:— Known only from lowland forest in the foothills of the Arfak Mountains near Warmare and from the Wandammen Peninsula, both in West Papua Province, Indonesia.

Habitat:— Lowland forest at altitudes up to 400 m above sea level.

Notes:— This robust rattan ( Fig. 11 View FIGURE 11 ) is easily distinguished by its ecirrate leaves with regularly arranged rather narrow leaflets, the sheaths armed with large, scattered or grouped spines, the unarmed knee, and the very robust female inflorescence with only few very distant partial inflorescences, the rachillae with explanate, funnel-shaped, almost overlapping dark bracts. Its general inflorescence morphology is similar to that of the paired fruit group ( Dransfield & Baker 2003), especially C. pholidostachys with which it also shares similar robust leaf sheath armature, but C. sashae does not bear paired fruit, nor does it possess a well-developed ocrea, as is typical for this group. The widely, funnel-shaped rachilla bracts are more pronounced than in any other New Guinea Calamus species , although they also occur, if less prominently, in other species such as C. nanduensis , C. pseudozebrinus and C. womersleyi . Of these, C. sashae is most similar to C. nanduensis , but this species differs in its much smaller rachilla bracts, the fine, needle-like leaf sheath spines and well-developed ocrea.

The species is named in honour of our former colleague and palm expert, Dr. Sasha Barrow, who collected one of the two known specimens of this species while accompanying the first author on joint fieldwork with the University of Papua and Herbarium Bogoriense. 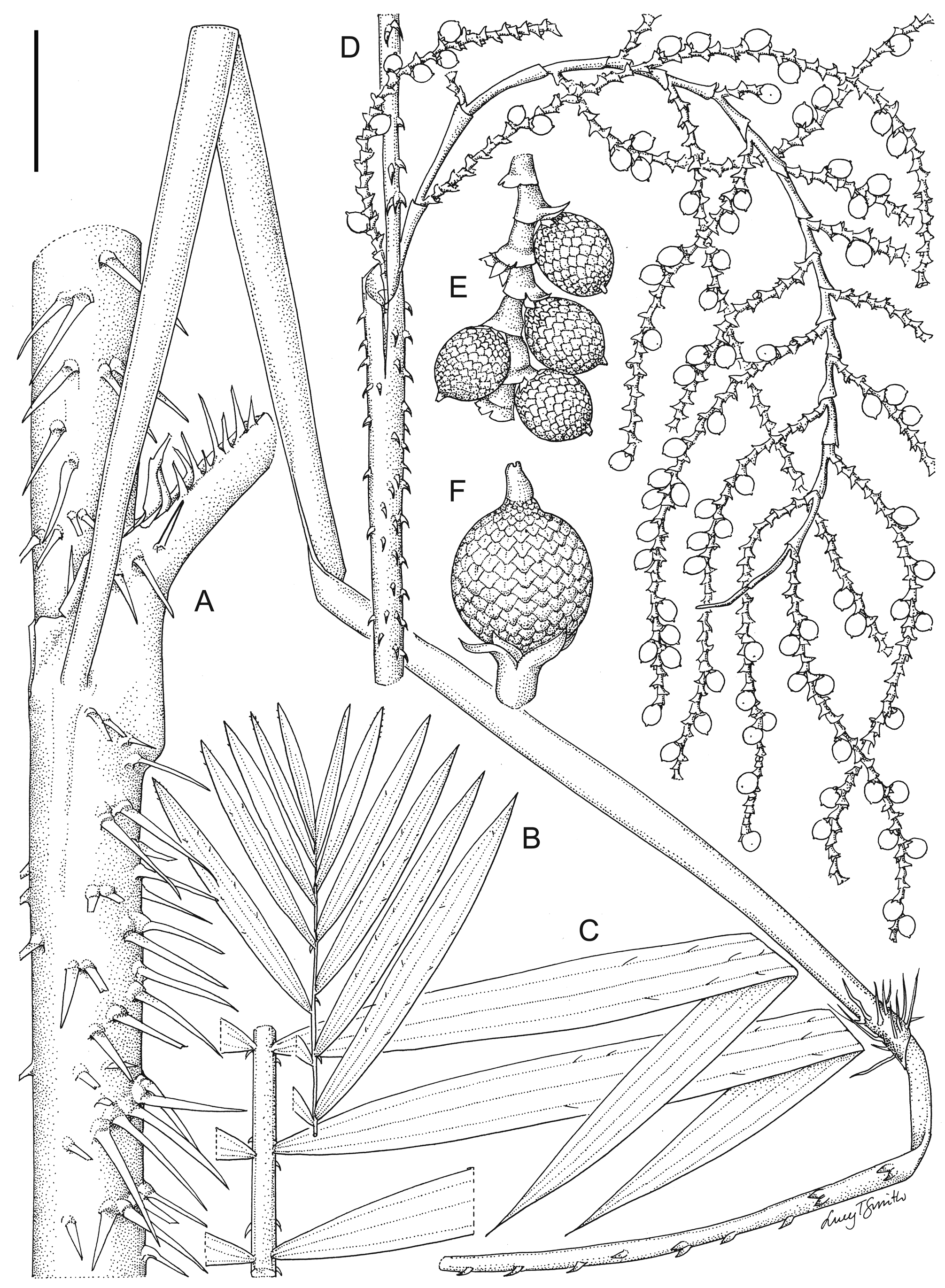