Distribution:— Known from scattered coastal locations in Morobe Province from Lae southwards and in Milne Bay province from Sudest and Normanby Islands, and adjacent areas of mainland.

Notes:— This relatively widespread rattan ( Fig. 6 View FIGURE 6 ) is distinguished by its slender stem, sheaths with fine, scattered black spines with somewhat swollen bases, by its ecirrate leaves with the petiole very short or absent and few, irregularly arranged, broadly elliptic leaflets with very conspicuous cross veins, and by the inflorescences with few, small first order branches and relatively robust primary bracts. The fruits are also distinctive in being among the largest in New Guinea Calamus species and being covered in scales that are usually pale with darker margins. Although the species is morphologically coherent, we note some regional differentiation. The specimens from Morobe are more robust, especially in leaf and inflorescence size, whereas the Sudest Island form is the most slender and bears narrower leaflets in two widely spaced groups. Nevertheless, intermediates exist among the specimens seen by us and taxonomic recognition of these variants cannot be supported.

Calamus johnsii displays superficial vegetative similarities to C. anomalus , C. lucysmithiae , C. nannostachys and C. oresbius . Calamus anomalus and C. nannostachys differ in their unique inflorescence morphology in which the primary bracts are split at or to the base by the emerging primary branches. Calamus lucysmithiae is distinct in several ways, including its well developed, divergent ocrea and its pistillate flowers and fruit being sometimes borne on pedicelliform stalks. Calamus oresbius is a palm of much higher elevations (700–2200 m) and is easily distinguished by its very fine flagelliform inflorescence.

This species is named for our friend and colleague Prof. Robert (Bob) Johns, collector of the type specimen, in recognition of his many contributions to botanical knowledge of New Guinea during his long career in Papua New Guinea and at the Royal Botanic Gardens, Kew . 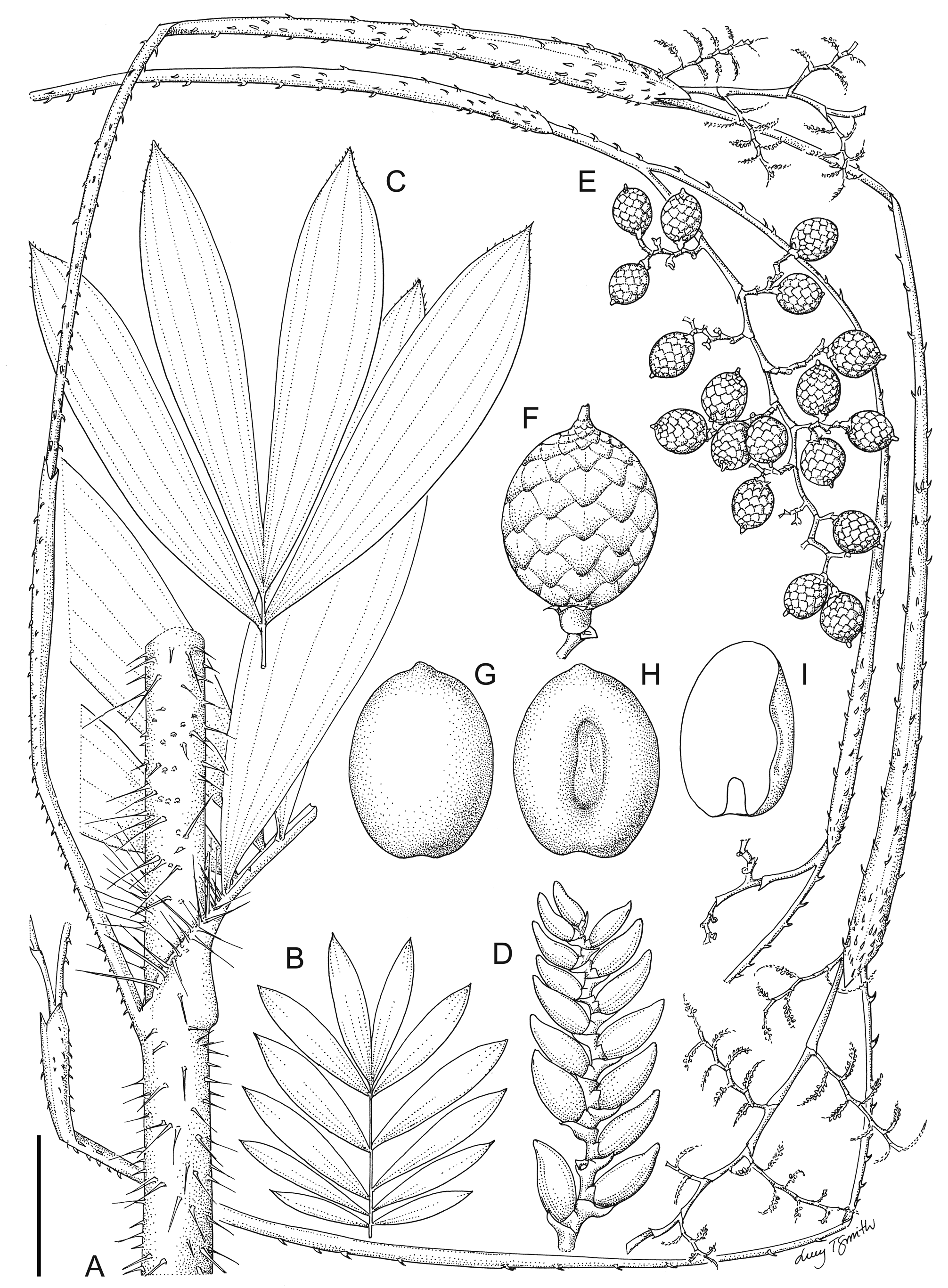