Cybertype. Volumetric raw data (in DICOM format), 3D rotation video, still images of surface volume rendering, and 3D surface (in PLY format) of the physical holotype (CASENT0790326) in addition to stacked digital color images illustrating head in full-face view, profile and dorsal views of the body.The data are deposited at Dryad (Hita Garcia et al. 2019, http://doi.org/10.5061/dryad.3qm4183) and can be freely accessed as virtual representation of the type. In addition to the cybertype data at Dryad, we also provide a freely accessible 3D surface model of the holotype at Sketchfab (Model 20).

The specific epithet refers to the fictional nation of Wakanda from the Marvel comic universe. The new species is endemic to the Rwenzori Mountains in the Albertine Rift, the location of Wakanda in the Black Panther comics. Wakanda is a peaceful, prosperous country which was never colonized, where ancient cultural traditions coexist with conservation of natural resources and high-technology modernity. Discothyrea wakanda is named in honor of these ideals for Africa and the world. The species epithet is to be treated as an appositive noun.

At present D. wakanda is known only from a few nearby highelevation localities in the Rwenzori Mountains of eastern Democratic Republic of Congo ( Fig. 4T View Fig ), mostly from montane forest in the bamboo zone above 2500 m. Considering the lack of ant collections in the Albertine Rift in general, it is likely that it might be more common and wider distributed. Nothing is known of its biology.

Discothyrea wakanda is similar to D. damato , D. dryad , and D. schulzei , with which it shares the conspicuous elliptical basal fenestra on the frontal lamella. Like the latter two species but unlike D. damato , there is standing pilosity present on the mesosomal and abdominal terga.The profile of the frontal lamella, having a rounded rather than acute apex is similar to D. schulzei , as is the stocky shape of the mesosoma, which is more elongate and, in dorsal view, posteriorly tapered in D. dryad . These three species notably differ in size, with D. wakanda representing the largest (WL 0.59–65). Discothyrea wakanda is unique among this group of possibly related species in several cephalic characters: the slight medial emargination of the posterior head margin, the compression of the sides of the head between the eye and the anterolateral corners of the head, the weakly sinuate anterior border of the clypeus, and the excavation of the lateral clypeus laterad the antennal sockets.

There is some variation in size (WL 0.59–0.65) and in the degree of attenuation of the petiolar node (DPeI 240–267; LPeI 230–278). Also, there is some notable variability in the development of the propodeal denticles, which are always present and prominent but may be larger and more laterally divergent in some individuals. The density of the cephalic pilosity also varies somewhat, being rather thicker in some individuals, but the general distribution and stature of setae is consistent. 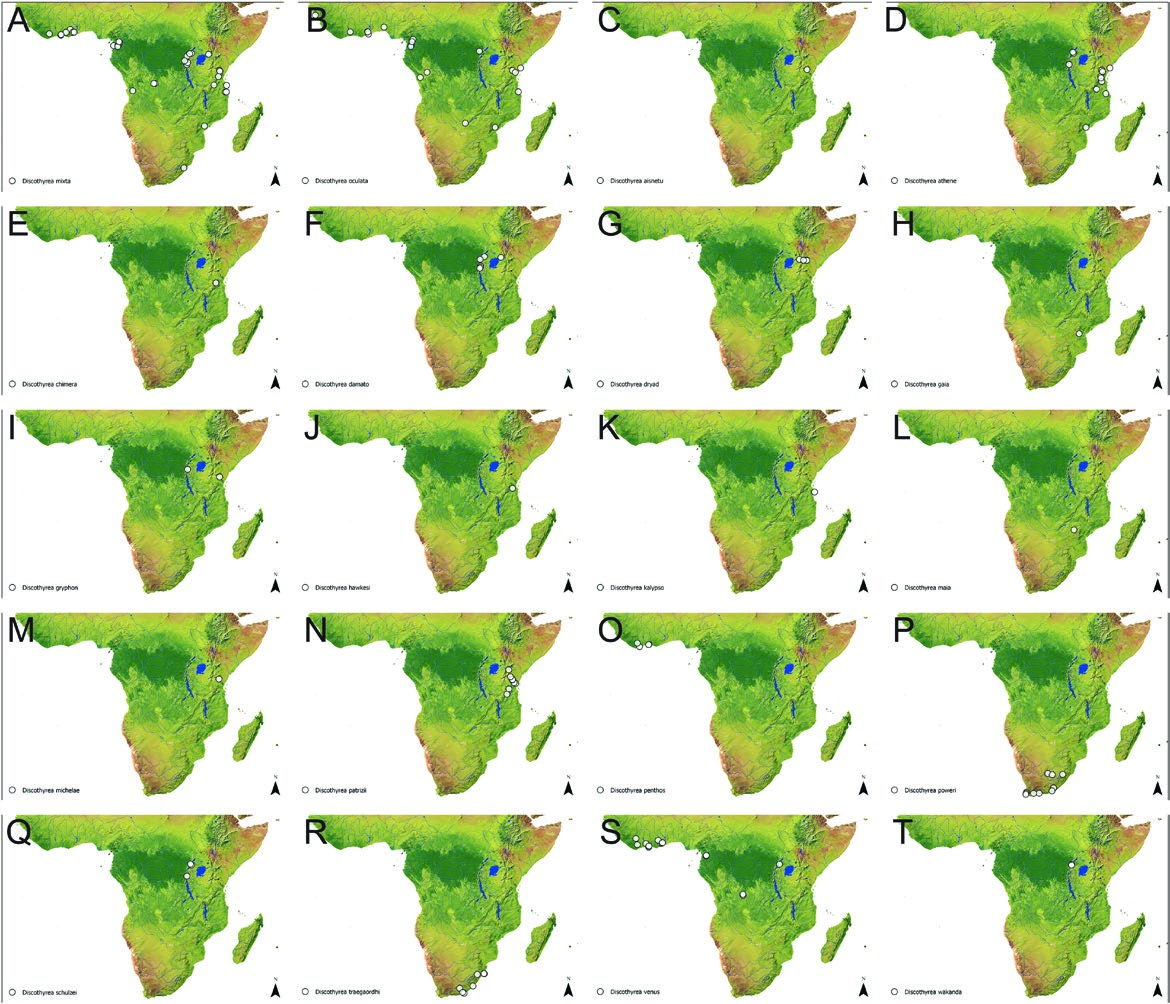