Diagnosis. Torodora digitalis  sp. nov. is the smallest species of the known species of the genus Torodora Meyrick  , with the wingspan 10.0 mm. The species can be distinguished from its allies by the male genitalia: i) the basal part of the costa forming a costal bar-like band, which is more or less similar to the main diagnostic character of the genus Lecithocera  ; ii) juxta with digitate latero-caudal lobes; iii) aedeagus strongly arched, with uniquely developed bar-like sclerite apically.

Etymology. The species name is derived from the Latin, digitalis  (= finger), referring to the digitate latero-caudal process of the juxta in the male genitalia. 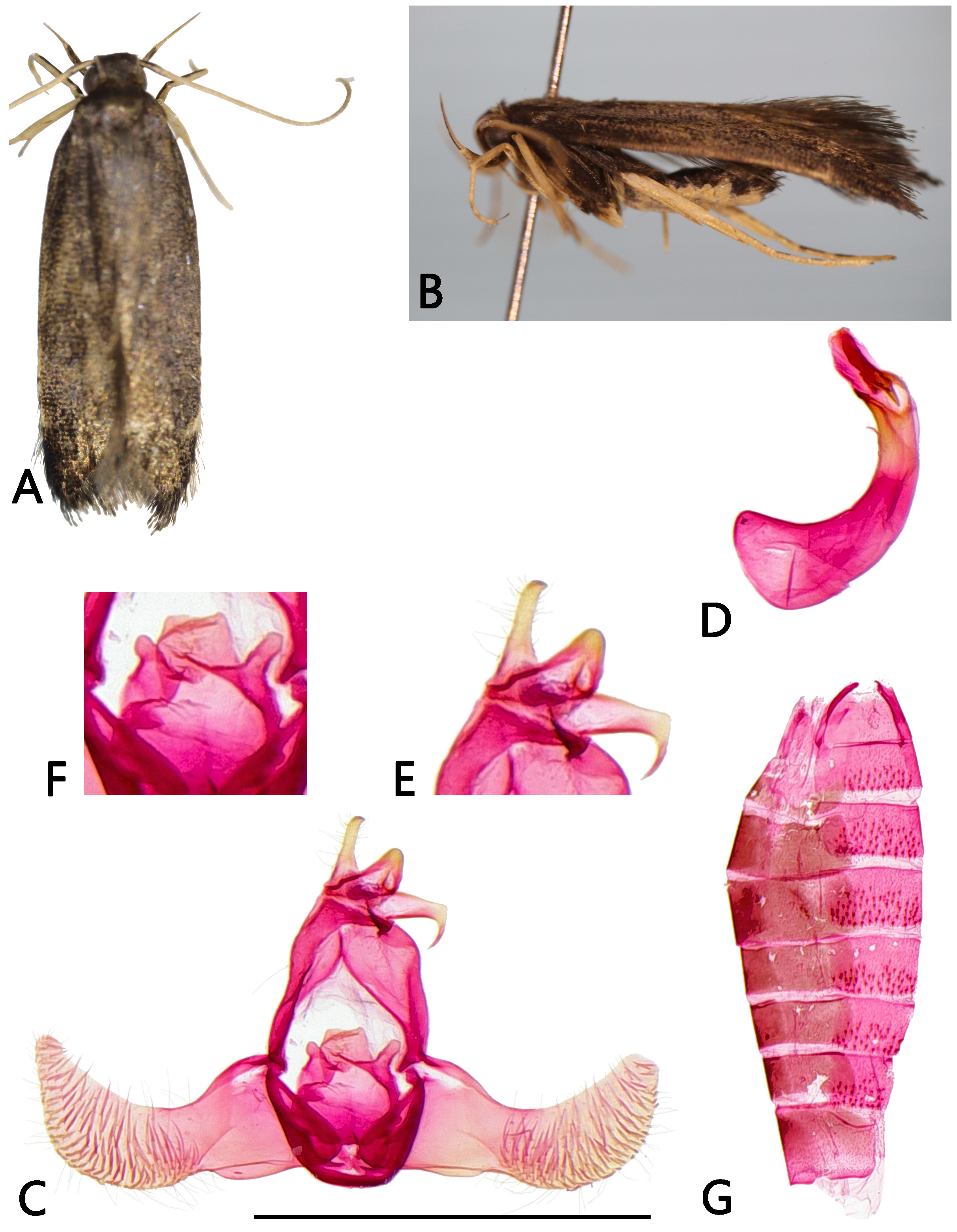