Etymology. This new species is named after Dr. Ruben Ríos for his important contributions to the taxonomy of alpheid shrimps, in particular in the Synalpheus gambarelloides  group ( Ríos and Duffy, 2007).

Distribution. With certainty known only from Dominica.

Life history. The presence of only one reproductive female carrying embryos under the pleon among 139 smaller, non-breeding and juvenile-looking specimens strongly suggests eusocial life style ( Duffy 2003). Unfortunately, the host sponge was not identified. 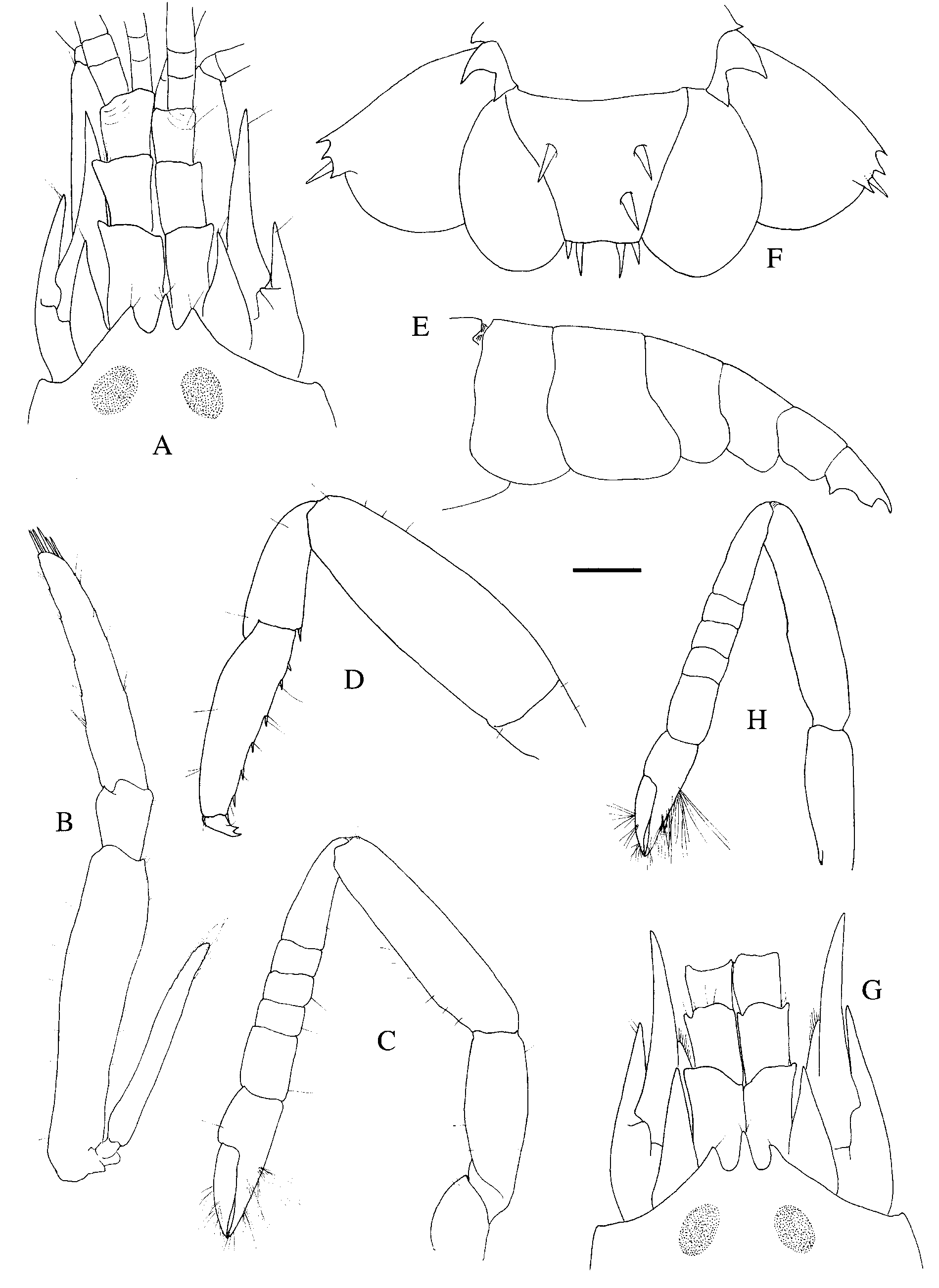 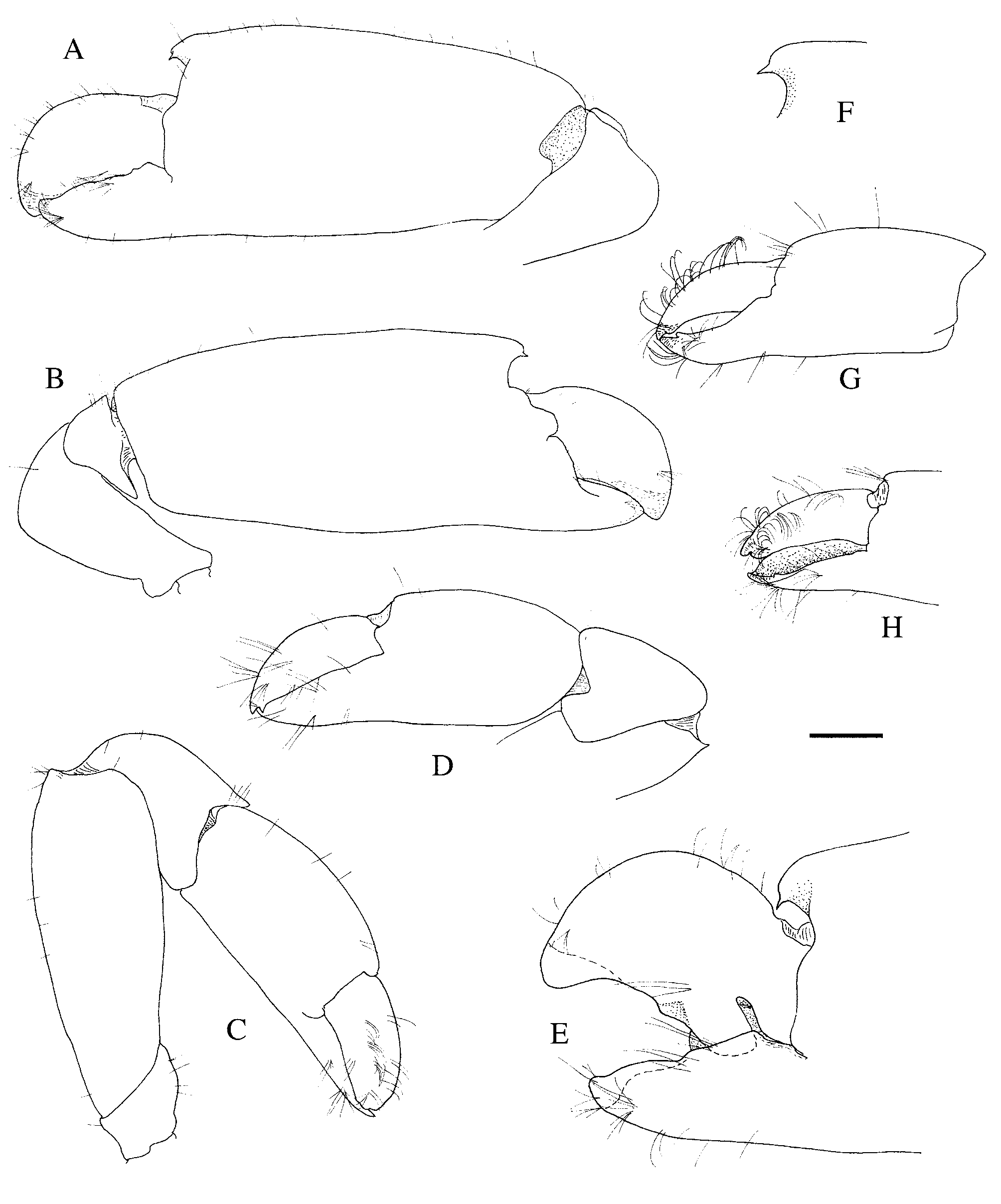