Etymology. The name of this new species is derived from the combination of the Latin brevi - (short) and the Latinized-Greek dactylus (finger), referring to the comparatively short fingers of the major chela.

The breeding female from Boca del Drago ( Bocas  del Toro) differs from the two type specimens from Isla Grande by the slightly slenderer rostrum ( Figs. 8View FIGURE 8 A, 9 A), the stylocerite reaching far beyond the distal margin of the first antennular segment ( Figs. 8View FIGURE 8 A, 9 A), and the propodus of the third pereiopod bearing more spinelike setae – 10 instead of the usual 6–7 ( Fig. 9View FIGURE 9 C). All other features, including the shape and proportions of the major and minor chela, the ratio of the first and second carpal segments in the second pereiopod ( Fig. 9View FIGURE 9 B), and the armature on the uropodal exopod ( Fig. 9View FIGURE 9 D) are similar. Therefore, it is assigned to S. brevidactylus  n. sp. with some hesitation. 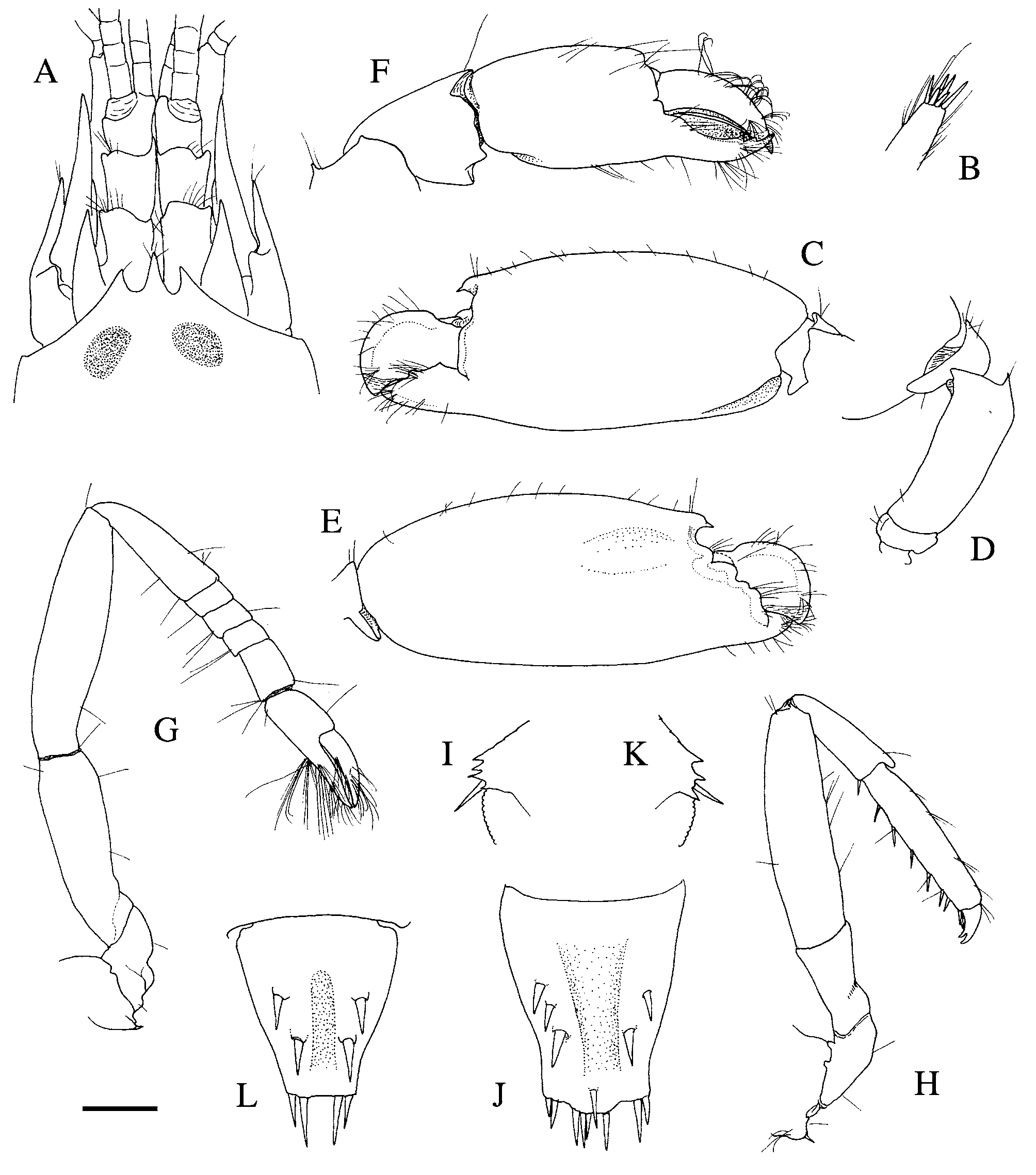 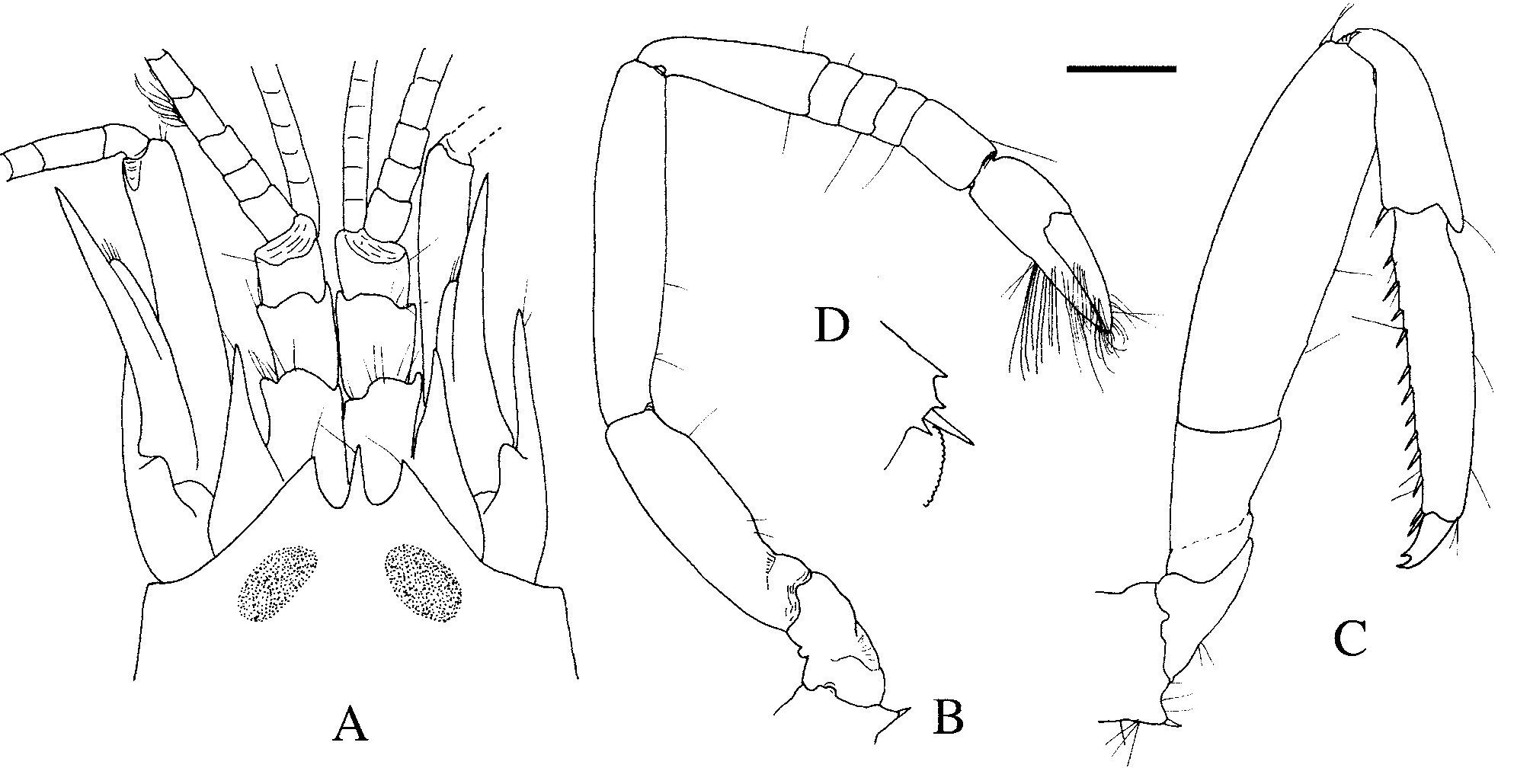 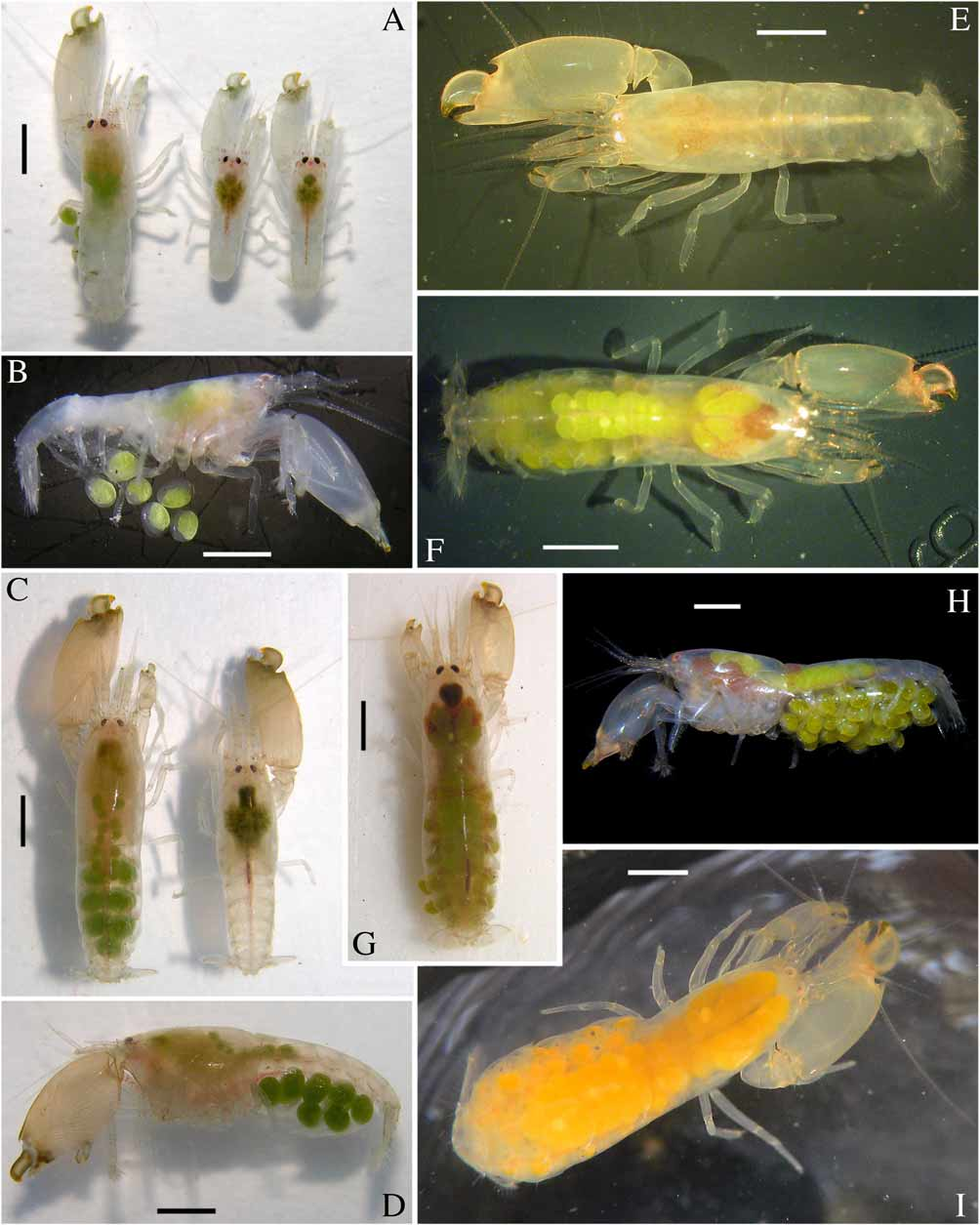