Variations. The specimen from Rondônia has white hairs on the prescutellum and the femora more distinctly bicolored.

Description of male. Similar to female, but the eyes are hairy, a character not observed in males of other species of Leucotabanus   . The large ommatidia occupy the dorsal 2/3rds of the eye. Palpi, gena, coxae and pleuron predominantly with yellowish hairs. The tergite vestiture was not visible as the specimen was dried from ethanol, but it is apparent that the area of the second abdominal tergite covered with white pruinescence and hairs is more extensive than in females. Abdomen predominantly with white hairs ventrally.

Comments. There are no reports concerning the behavior of the female. 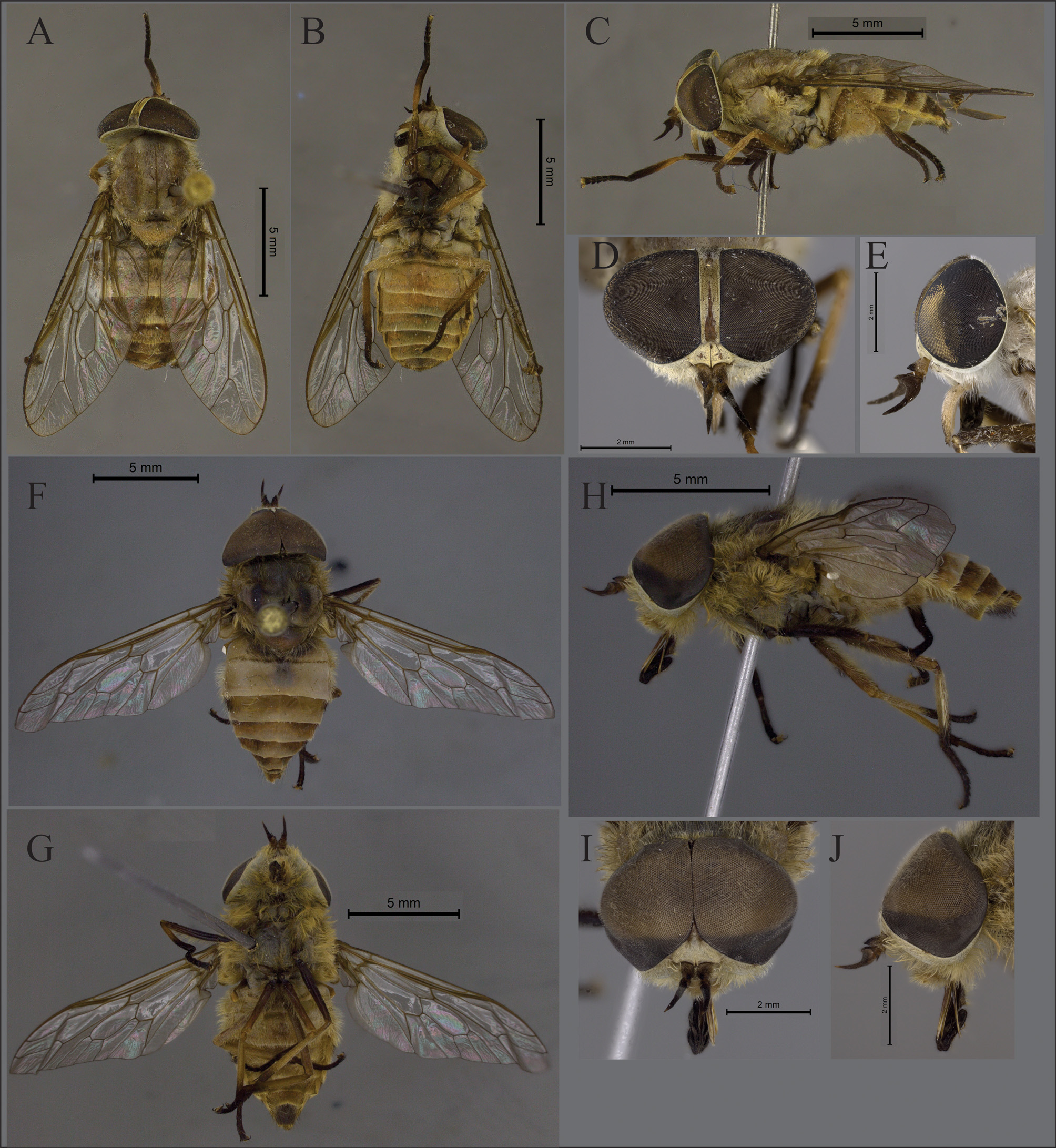