Diagnosis. A blackish species, usually with two complete white dorsal bands on the abdomen. Lateral border of scutum and all scutellum with white hairs. Scutum with a broad median spot of white hairs in the anterior half. Legs black, tibiae strongly bicolored. Apex of abdomen not acuminate.

Variations. Length 9.6–15.3 mm. Frontal Index 5.4–6. Pedicel sometimes brown. White hairs on the palpus sometimes more extensive. Only the holotype with very small appendix on the fork of right wing, all other examined females without appendix. The white band on the second tergite may be broken in three sections, especially in specimens damaged from rubbing.

Comments. Leucotabanus fairchildi   sp.n. is close to L. canithorax Fairchild, 1941   ( Fig. 4 View FIGURE 4 A–E), and L. sebastianus Fairchild,1941   ( Fig. 4 View FIGURE 4 F–K), and was sometimes erroneously identified as one of them by previous authors. Fairchild (1971), in his catalog of the Neotropical tabanids, includes Belize, Panama, Colombia, Guyana and Trinidad among the geographical records for L. canithorax   , which was followed by Wilkerson (1979), but these records are altered in Fairchild (1985), when L. canithorax   is restricted to southern Mexico to Panama. In the same work, Fairchild recognizes, with some caution, that these records for northern South America are L. sebastianus Fairchild, 1941   , as follows: “ Specimens from northern South America, including a male from Trinidad, which I had previously identified as L. canithorax   now seem to me to be closer in most characters to L. sebastianus   . Central American L. canithorax   seems to differ from South American material from east of the Andes in having a broader frons, slender yellow stigma, and the area proximal to the humeral vein (first costal cell) and posterior to the extreme base of R, less infuscated and not so strongly contrasting with the hyaline remainder of the wing. This basal infuscation is very noticeable in my single Rio de Janeiro specimen of L. sebastianus   , and quite evident in the Amazonian material ”. The errors in recording the range of L. canithorax   to include Colombia, Guyana and Trinidad are resurrected in the two subsequent catalogs ( Fairchild & Burger 1994, Coscarón & Papavero 2009).

Fairchild (1985) treated specimens of L. fairchildi   sp. n. as L. sebastianus   , including specimens from Trinidad and Guyana that were previously identified as canithorax   . Here we indicate that sebastianus   is restricted to Southeastern South America, as in ( Krolow & Henriques, 2017: 3). ALH, while visiting the AMNH, analyzed some specimens of L. canithorax   , a female collected in Panama ( Panama) and a crushed male from Venezuela (Aragua), both of which agreement strongly with the description and key in Fairchild (1985). This increases the distribution of L. canithorax   to the north of Venezuela, but it has not been recorded in the Amazon Basin.

Etymology. We are pleased to name this species as a tribute to Graham Bell Fairchild for his inestimable contribution to the knowledge of the tabanids.

Remarks. With the objective of correcting historical errors and delimiting the species demonstrated to occur in the Amazon, the following two species have their distribution records corrected. 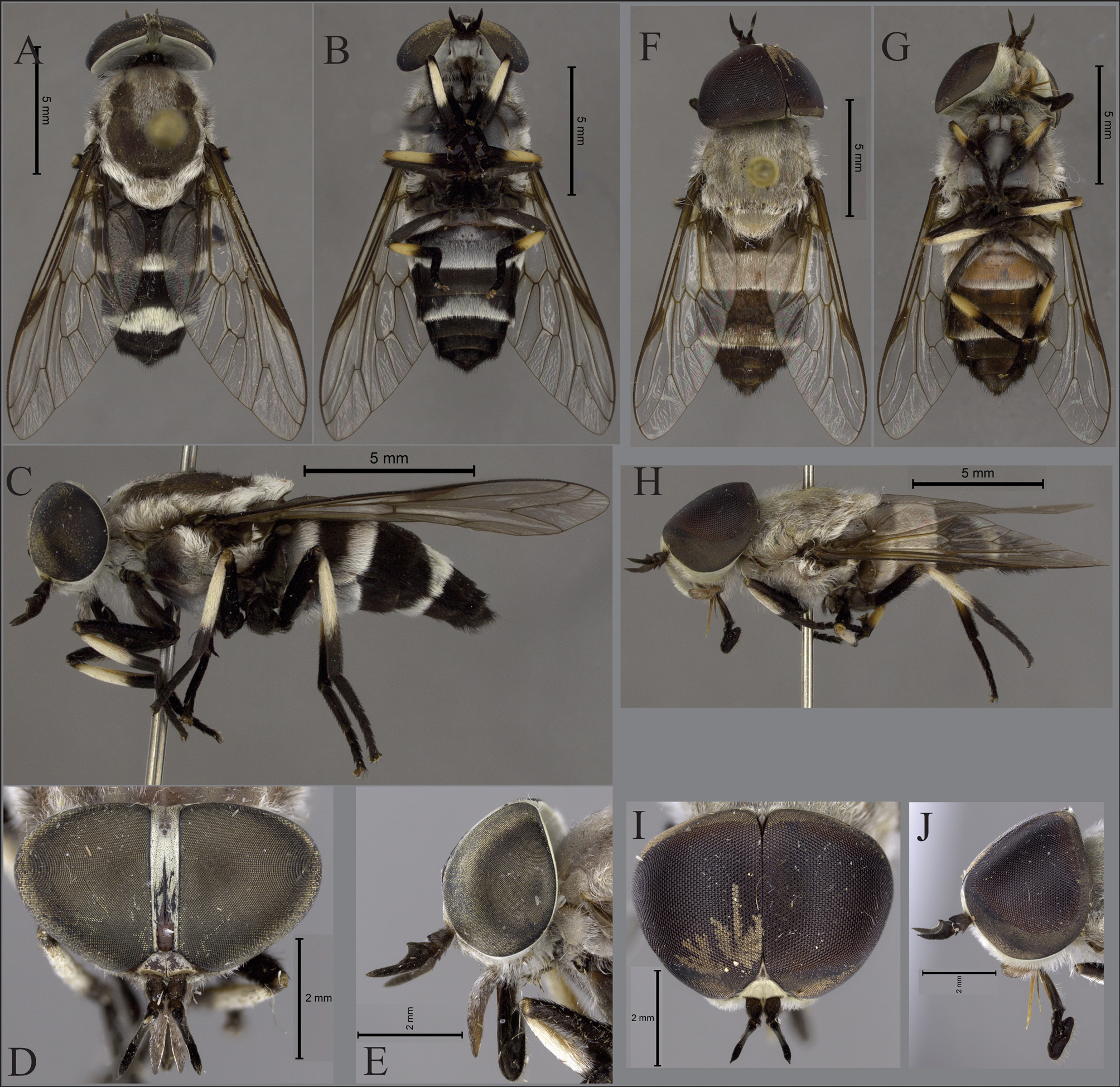