Etymology. The species name, used as a noun in apposition, is based on the name of the Biological Station in the Parque Regional Natural Ucumarí.

Diagnosis. The general aedeagal shape is similar to that of A. llana Stark   from Venezuela ( Stark 1995), but the absence of a dorsal keel and the lack of an apical constriction to offset the shoulders from the apex distinguish these species.

Ecological notes. The type locality is in the Cordillera Central and is part of Región Natural Andina of Colombia. The zone receives 2630 mm mean annual rainfall and a bimodal pluviometric regimen, with rain peaks in April and October and dry period in July and August. The locality is covered by a mosaic of small pastures, patches of forest and “alisos” plantations ( Alnus acuminate   ). In the Holdridge life zone system, this site is classified as very humid low montane forest ( Espinal & Montenegro 1963). The specimen was collected at the beginning of the wet season and it was actively flying on the vegetation at daylight. The air temperature at the time of collection was 16°C. 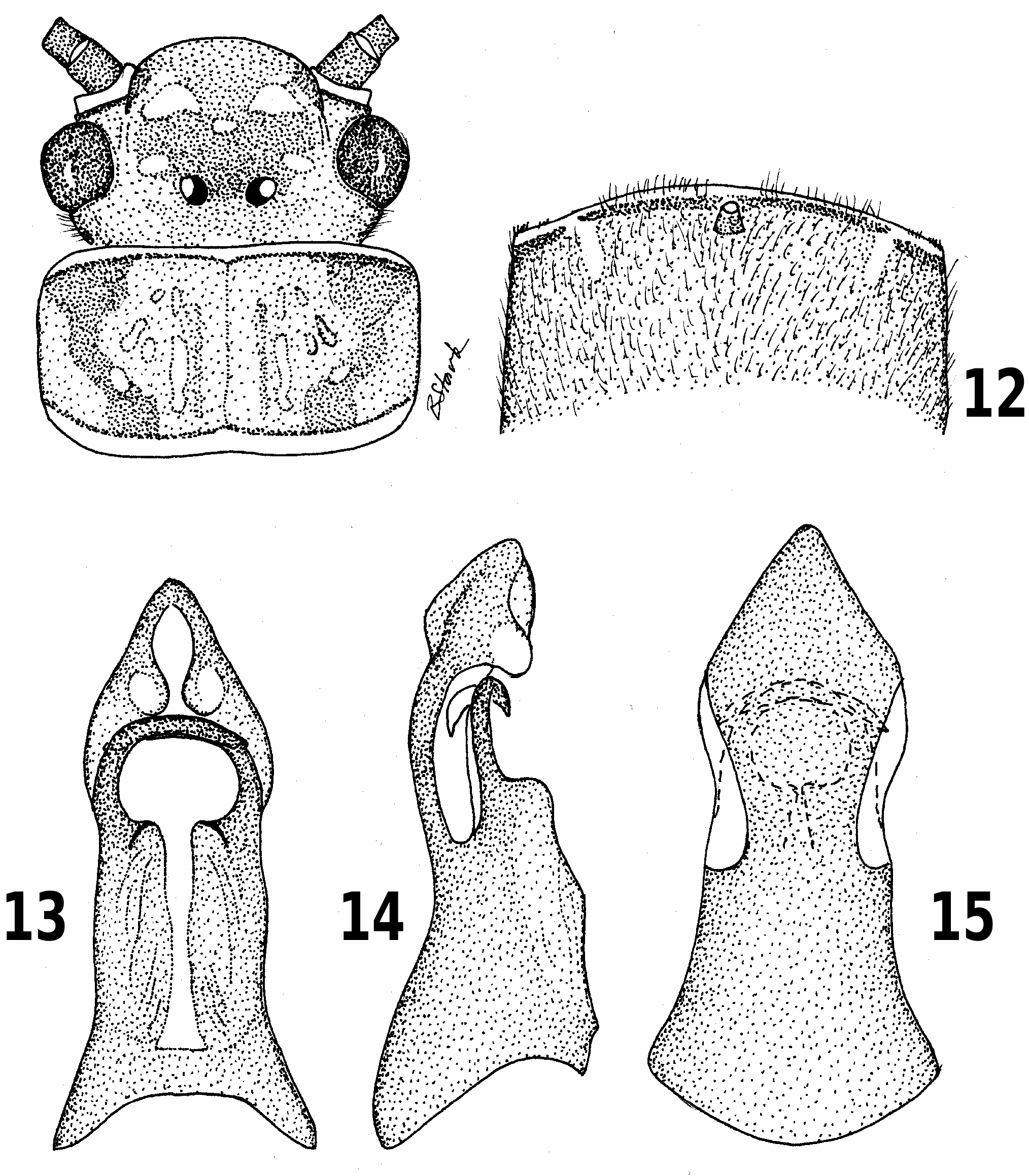