Differing from the morphologically similar Dictyonema phyllophilum   and D. schenckianum   in the abundant, coarse, irregular, finger-like projections formed by the vegetative thallus, and from D. irpicinum   in the appressedfilamentous growth habit and the lack of clamp connections.

Chemistry: no substances detected by TLC.

Distribution and Ecology: —This species is thus far known from montane rain forest in the northern Cordillera de Tilarán in Costa Rica, forming extensive mats on the trunks of semi-exposed trees of Syzygium jambos   in a pasture along the road in an area with abundant precipitation. Unfortunately, a few years after collecting the material, the trees in this spot were completely logged, so the holotype population is likely extirpated.

Etymology: —The epithet refers to the characteristic blue-green color of this species, while most other species are either more bluish or greenish. 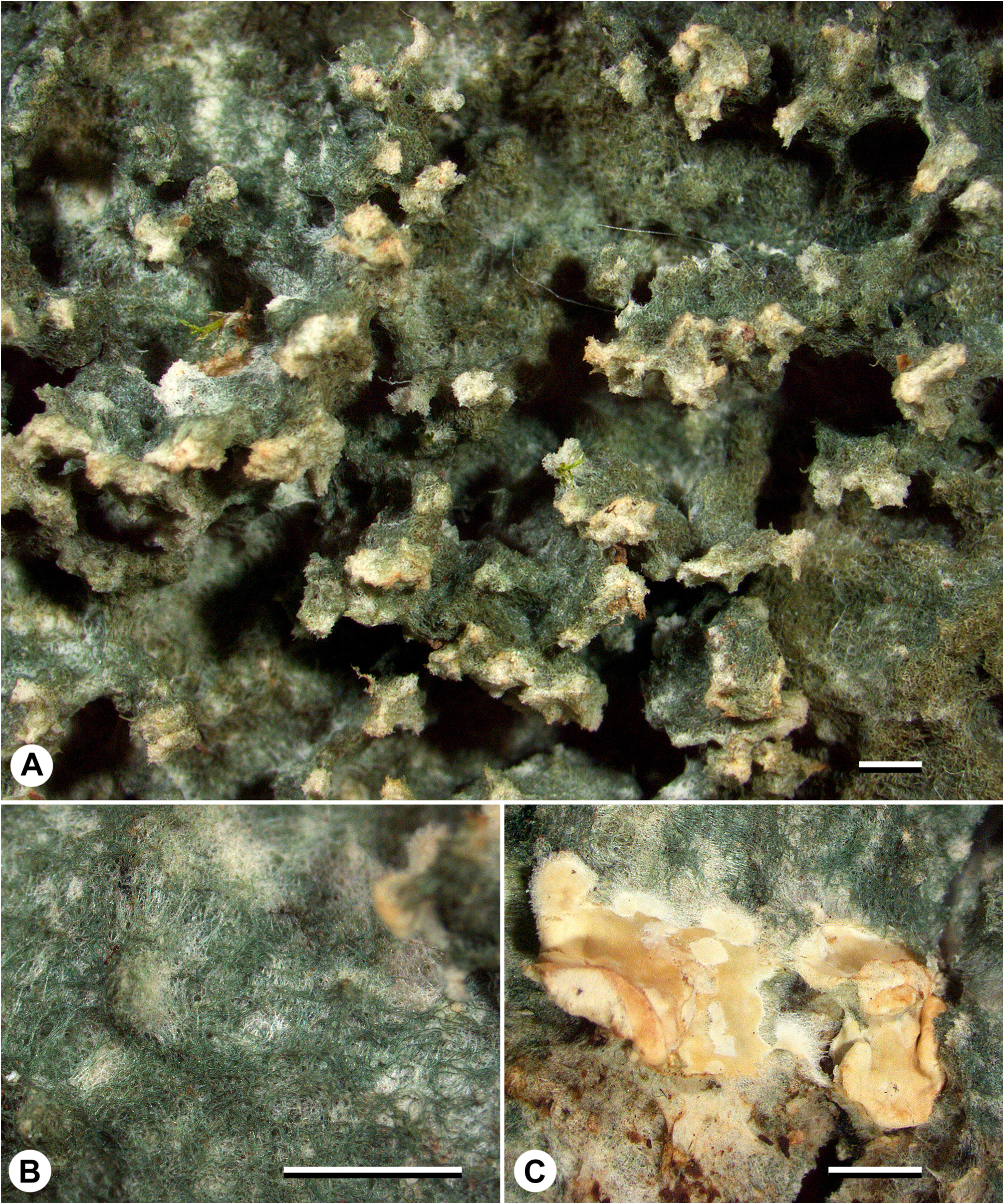